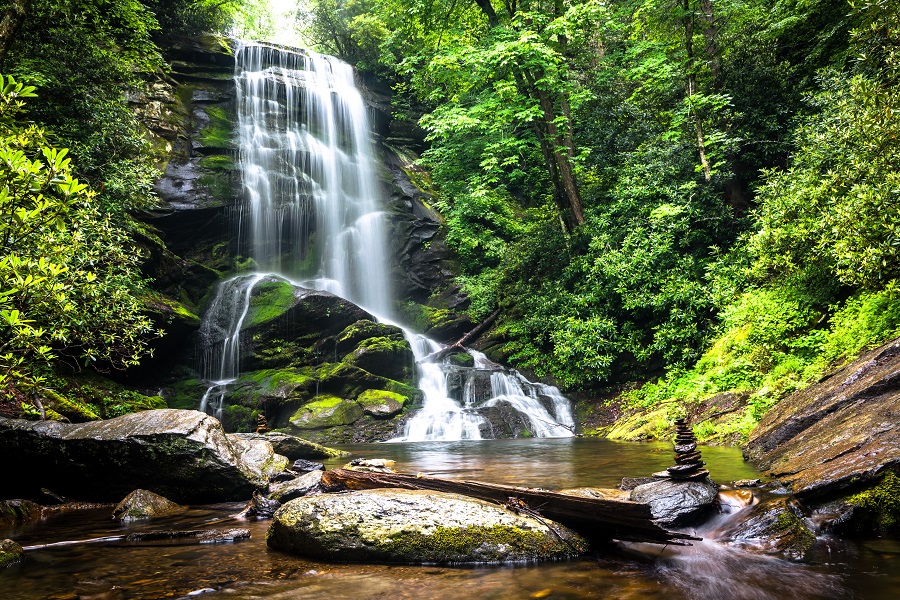 Man’s journey to success often seems to be fraught with obstacles and challenges. Inspiration is confronted by icy winds of cynicism, and the road to growth is replete with bumps and potholes.Why indeed do we have to encounter such difficulties when trying to fulfill our mission on this world? After all, we, creations of Hashem, are trying to fulfill His commands. Why should nature, the glove of Hashem, be causing us so many challenges?

This essay will explore the Chassidic perspective on all of reality and earthly occurrences, which will give the Jew the necessary insight to imbue him with the alacrity and joy needed to overcome the obstacles of life.

Remaining firm in one’s trust in Hashem is an incredibly difficult task, when nature’s throwing curve-balls, and the circumstances seem untenable. Typically, in such a case, one will be anxious and scared to face reality.

Gaining the correct insight will give man peace of mind and calmness, with the knowledge that he is indeed in the hands of Hashem, the Omnipotent, regardless of whether the circumstances seem to point towards that truth.

To properly address the subject, we will preface with some study into the purpose of creation, and the process of how it was done.

We will begin first with describing the purpose of the world. Chassidus explains[1], that the reason Hashem wanted to create a world, was to share Himself (so to speak) with a world outside of Himself. A world which would feel independent, and an existence of its own. This is what is termed in Chassidus  “דירה בתחתונים”, literally translated “a dwelling place (for Hashem) in the lower (worlds)”.

This obviously can only be achieved through the work of Man, for were it to be completed by Hashem, then indeed it would not be a dwelling place “in the lower worlds”. The corporeal world would not be radiating and expressing G-dliness, as Gd so desired, rather it would be super imposed upon them. Therefore, it is imperative that man be the one to proclaim Hashem’s greatness and invite Him into his life and world.

We will now continue by describing the process of creation, in light of its purpose as we just explained. It will best be understood by means of the analogy of a teacher and student[2]: A teacher wants to teach his student a profound idea. He cannot possibly communicate the complete idea, with all its details to his young, undeveloped student. He must only share the basic core of the idea. Perhaps even with an analogy, one which is from a totally foreign concept, distant from the intellectual idea at hand. As the teacher gives his student the nutshell of the idea, the teacher has not forgotten or lost the complete idea. The idea is alive in his mind all the while. In fact, he sees within that limited, confined idea, the entire concept as he understands it. He picks his words perfectly, sparingly counting out words which are simple, yet which will be able to amply contain the complete concept with all its profundity. The student hears the idea. He only sees the basic outline of the idea, as is simply implicit from the words the teacher communicated. The depth of the idea eludes him, but the basics he comprehends. His mind opens. He starts seeing things differently. Then with much tireless effort, carefully studying the words his teacher shared, he may come slowly but surely to grasp the deeper layers of the idea hidden within his teacher’s words. Eventually after much time and effort, he may possibly come to understand the full, complete idea as it existed in his teacher’s mind. Were he to have initially been bestowed the full idea, he would have just become confused and befuddled. Now that he exerted himself to grasp the material, he made himself more of a vessel for the concept and now he can properly grasp the complete idea.

Through the above analogy, we will be able to understand the essence of the concealment Hashem made when creating the world.

Hashem desires that His full presence be manifest in a finite world. Were He to reveal His complete self, there would be no finite, independent world, within which He would be being manifest in. Thus, the purpose of all existence would not be being fulfilled. Therefore, He concealed Himself and created nature, which looks like an autonomous dry, mechanical system.

However being that He is the one concealing Himself, obviously He does not actually become limited by it. He chooses to work in the finite, but does not become finite Himself. In fact, similar to scenario of the teacher, within the limited light that He reveals, namely nature, lies His complete “Infinite Self”. The concealment is only in the eyes of the creations, they feel themselves as independent, self-sufficient beings. However, in essence Hashem is truly there, and the concealment is just the first stage towards Hashem’s full self being revealed in the world.

The job of man, is to look past the façade of nature and see the Infinite G-d vested within it. Hashem desires that the “natural” beings themselves, the products of this finite Divine energy, should perceive the Infinite G-d that is the puppeteer of nature. With this, the finite and the Infinite are fused and the purpose of this world is accomplished.

However, how is it that man can indeed recognize this reality? What will bother him to search for something deeper and beyond nature?

For this, we must go back to our analogy. When the student initially grasps only the simple understanding of the subject, what propels him to work to come to a deeper understanding? Why does he not stop there and suffice with the basics?

The answer is simple. By asking questions. And the stronger they are, the deeper he will delve into the idea. A question which attacks the premise of the entire idea and threatens its very existence, is one which will be the catalyst to an understanding of the matter on a totally different level. It is at that point, when nothing seems to make sense, that he rethinks through the concept thoroughly and scrutinizes it from every angle possible. Then, when he comes up with a solution, he sees the idea in a totally different light.

The same is true regarding nature. Hashem desires that we should question nature. When everything seems to be going against us, and we are going through the roughest times, Hashem wants us to should dig deeper. When naturally there seems to be no way out of a specific difficulty, and man lifts his hands up to Hashem, and asks that He save him, he in essence is challenging nature and asking that the true Infinite G-d, rip away the curtain and reveal Himself from behind the veil of nature[3].

The story of Avrohom Avinu, by the furnace in Ur Kasdim, is a perfect example for this point. The king Nimrod gave young Avrohom the ultimatum, either to serve an idol or to be cast into a fiery furnace. According to the rules of nature there was no way out. Avrohom had no natural explanation why he should not in fact perish in the fire. Nevertheless, he stood his ground and refused to bow to the idol. He understood that Hashem was not limited to nature and he relied on Him for his delivery. What occurred next, was that indeed Hashem’s Infinite powers were revealed. Avrohom was not harmed by the fire. Thus, Avrohom by remaining steadfast in his decision to not serve idols, peeled away the confines Gd created on nature and allowed G-dliness to penetrate.

The same is true with each and every Jew. There are times when nature seems to be pushing us into despair, lack of trust in Hashem and sometimes even into treading upon some of the Mitzvos we were commanded by Hashem. It is those circumstances which show that indeed nature is just a façade, since there is a clear contradiction between what Hashem demands from us and what nature seems to dictate is possible.

Take for example, a young businessman, who is just starting out and needs to add a couple of hours of work, to please his boss and bring some more money home. The extra hours his boss desires are in the early morning, which will cause him to have to Daven Shacharis at home daily without a Minyan.

Or for example, a Shliach who is in a situation where he is in desperate need of funds for his Chabad House. He has a philanthropist ready to send money his way, however the philanthropist desires that the Shliach do something for him which will call for making a leniency in a certain Halocha.

We can also apply this listen generally, to any person who has (G-d forbid) a sick family member, rising debts, challenging children or just about any trying circumstance presented by nature to make his trust in Hashem shake.

In all these cases there is a clear conflict between nature and Hashem’s commandments. Hashem desires that the Jew should have faith in Him, despite the difficult circumstances. He wants him to be scrupulous in his observance of Mitzvos, no matter the ramifications. Sometimes the circumstances are so challenging, there may seem to be no way out. These are tests, that Hashem gives man, to use as “questions” to come to deeper insight in the nature of reality.

When man utilizes the opportunity, he questions nature, and looks beyond it. He searches for Hashem behind the misleading and temporary “nature”. Then, Hashem indeed lifts the veil, and reveals how He in fact is the master of nature. He shows how even though there seemed to be no solution, He, the Infinite, can show the Jew his innate ability to rise above circumstance, despite the seeming constraints of nature. Thus man, through standing steadfast in his beliefs and challenging nature, ushers the Infinite into this dark world. Nature no longer conceals Hashem, rather it reveals Him. With this, the purpose of this world is fulfilled.

With this perspective a Jew can be calm and relaxed, even when things are not going well for him. He can rest assured knowing that things are not exactly as they appear to be, and he is not restricted to what nature seems to dictate. In fact, the whole reason for the constraints of nature are for him to stand strong, not box himself in to apparent naturally possible outcomes and to achieve the infinite. The limits of nature are just external, and man has the power to connect to what truly lies within. Man can be extremely confident, knowing he can relate to the Infinite G-d, master of nature and achieve incredible feats.

[3] (This point is brought in the Maamar, however it is not stated there in the context of the teacher-student analogy.)