Finding Purpose in the Mundane 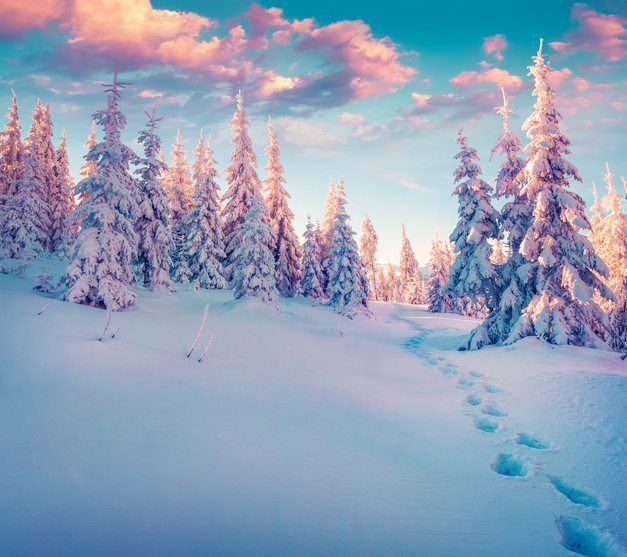 Imagine that you’re taking a stroll on a magnificent nature trail, with majestic oak trees that seem to reach right up to sky. You can see flashes of red, blue, yellow and grey, as birds of all shapes dance among the tree limbs, serenading you with their song. A little further down the trail you notice a lake and stop to drink from its pure, sweet waters. As you look around you, you get the feeling that what you see is just a piece of something much larger. This natural habitat has a way of making you feel like a tiny spec in a vastness that is infinite; something much larger than you can grasp. And suddenly, the way you viewed your life seems to be altered. The thought of going about your day-to-day business and ordinary activities leaves you feeling a little bit empty. You ask yourself, what is the meaning of all the seemingly irrelevant details in the cosmic (much larger) scheme of things? Suddenly, you begin to question what you have been doing all this time . You cannot find purpose in the mundane routine of life anymore because you’ve gotten a taste of what is beyond it.

This was precisely the experience of two very great men, Nadav and Avihu, sons of Aharon the High Priest. To be chosen as G-d’s loyal servant, one had to be a truly great and holy person. Yet these two men went even further. They served G-d with so much love, it left no room for anything else. Their boundless devotion to Him was all consuming. Literally. They died when their souls felt a strong pull from above and they did nothing to hold back from ascending higher and higher until, their souls having left their bodies to reach even greater heights, they expired. OK, so maybe, considering their lofty spiritual level, their experience wasn’t precisely like the lay person experiencing a sensation of a power greater than himself. However, what is common is the sense that the here and now is missing something and one must strive to leave the present and reach for something higher.

In Chassidus, this concept is called “Ratzo”: Ratzo is a state of longing to cleave to G-d; the passionate desire of the soul to transcend its material existence, to “run forward” and cleave to its Source. (This definition taken from Chabad.org) The Rebbe, in a talk on the Torah portion of Acharei, (Lekutei Sichos, volume 3, Parshas Acharei and Toras Menachem, volume 33, page 382), asks (I paraphrase): These two men were obviously great and holy men. They had reached a point in their service of G-d which is so lofty that they did not regard their own bodies! They chose to bask in G-d’s glory out of sheer love for Him. (In fact, the Rebbe quotes the Midrash which states that Nadav and Avihu did not have wives or children. They chose to separate themselves completely from the “everyday grind” that their more “down-to-earth” contemporaries seemed to have to deal with.) Sounds pretty loft to me – praiseworthy, in fact. It’s not every day that a person becomes so holy that he experiences Ratzo – his soul ascending to heaven in a fiery passion. Yet when the Torah relates the incident, Nadav and Avihu are cast in a negative light. In the portion of Shemini (book of Vayikro, chapter 10, verse 1&2), it states: “…and they brought before Adon-oy a strange fire which He had not commanded them. A fire came forth from before Adon-oy and consumed them…” It sounds like their death was more of a punishment than a virtue.

The Rebbe explains that the reason this can be considered a negative act on their part is there was an element missing: the other half of the picture. You see, the balance to Ratzo is Shov: shov is the soul’s sober determination to “return” and fulfill its mission in the body, the resolve to live within the context of material reality, based on the awareness that this is G-d’s ultimate intent. (Chabad.org) Going back to that nature trail… As you’re surrounded by all the beauty, your senses taken over by the smell of wild blossoms, the feel of the soft grass, the brilliance of the clear sky, suddenly your phone beeps. Loudly. Annoyed, you look down and see the reminder that you had set earlier that day about a meeting. Now you’re really annoyed. You close your eyes again, hoping to return the blissful state you were in, wanting to forget about the real world. But there’s the nagging feeling that if you don’t attend the meeting, you will lose out on something important. What do you do? It is this challenge that our souls face on a constant basis. Striving to reach for a higher realm, being pulled by an elevated force, yet needing to come back down to this earth. But for what purpose, you might ask.

A long time ago, when G-d created the world, it was with the intention that man should dwell in this earth, yet strive for a G-dly existence. He gave us a physical body, put us on a planet where we can take pleasure in its materialism, and then asked us to see past that. But He didn’t leave it at that. G-d gave us the understanding that we can reach great heights through spirituality. And He made sure that even in the materialism there is His presence. G-d also gave us a taste of that greatness, right inside of us where we constantly carry it around. It is a piece of G-d Himself, which, when we pay close attention, and let go of the noise around us, may cause us to feel a tugging – a yearning to become one with something higher than ourselves. It propels us to reach even deeper within and perhaps we allow it to take us over and comfort us. We may be reassured by its warmth and it may leave us with a deep knowledge that there is more than we can grasp with our physical senses. After experiencing that, naturally, we may want to remain there and discover deeper and deeper truths. But that’s not what the ultimate plan is. Because along with our personal spiritual uplifting there must come the uplifting and refinement of the world around us. To endeavor to become so holy that we are removed from this world does not accomplish the fundamental task of changing physicality into spirituality. We need to work with our surroundings, not against them. We need to see them as our raison d’être, not our enemy.

The urge to become one and wholly united with something so much greater than ourselves, so subliminal, requires that one lose oneself completely. Just like the sons of Aharon, who (in Rashi’s commentary on the verse “…and they brought before Adon-oy a strange fire – see above) were described as being drunk and therefore liable to be put to death, since that was the punishment for priests who enter the temple while intoxicated. In fact, Nadav and Avihu were not under the influence of alcohol. Not these great men – they would not make such a grave error. Their “drunkenness” was a state of complete nullification of self in the light of G-d. They lost themselves, much as an intoxicated person might lose their faculties. Put in another way, they were mindless.

The antidote to this would be mindfulness. Mindfulness is the ability to be fully aware of what is going on in the moment. It’s noticing, being attentive to what is. Sometimes we need to be aware of a thought we are thinking, focusing all our attention on this thought to the exclusion of all else. At other times we need to realize and be alert to the fact that we are experiencing a feeling. We can ask ourselves where we feel it, how it feels, etc. By becoming aware of ourselves and what is going on within us, we can then begin to exercise control over our reactions and behaviors. This is a skill that is easily learned. It is the practice of it that gives us the mastery over our impulsive reactions. There are often times when life becomes a very difficult challenge. The circumstances for each individual may vary but the suffering is universal. Under such conditions, one may feel that life is too difficult for him and he prefers not to “hang around”, trying to make it through the drudgery of another day. It would be so much nicer if he can just forget himself and connect with something deeper or higher. He may lose himself in music, or simply by being out in nature. He feels better there so he chooses to ignore his responsibilities and opts instead for the escape route. (Don’t get me wrong – music and nature are fantastic tools of wholesome living. It’s using them as escape from reality that becomes an issue.) Still others will turn to various substances to help them forget about their struggles. Having the skill of mindfulness helps us be aware of what we are experiencing in the moment of wanting to break away from that reality. It helps us to get in touch with a part of us that does not want to be ignored but may be painful to deal with. It tells us that it is OK to just sit with it; we can survive even the most agonizing moments because eventually, they pass.

The soul experiences this in a perpetual cycle. Ascending, reaching for something higher and then sent back down to fulfill its task. Up again, back down again. As long as we remain mindfully aware that G-d wants us here for a purpose

– to work with the world, with all its trials and tribulations, then we can accomplish our individual mission in life and, on a global level, to bring the world to a place where G-d’s light will shine and our souls will truly be able to bask in His glory.