Advice to Men for Shana Rishonah 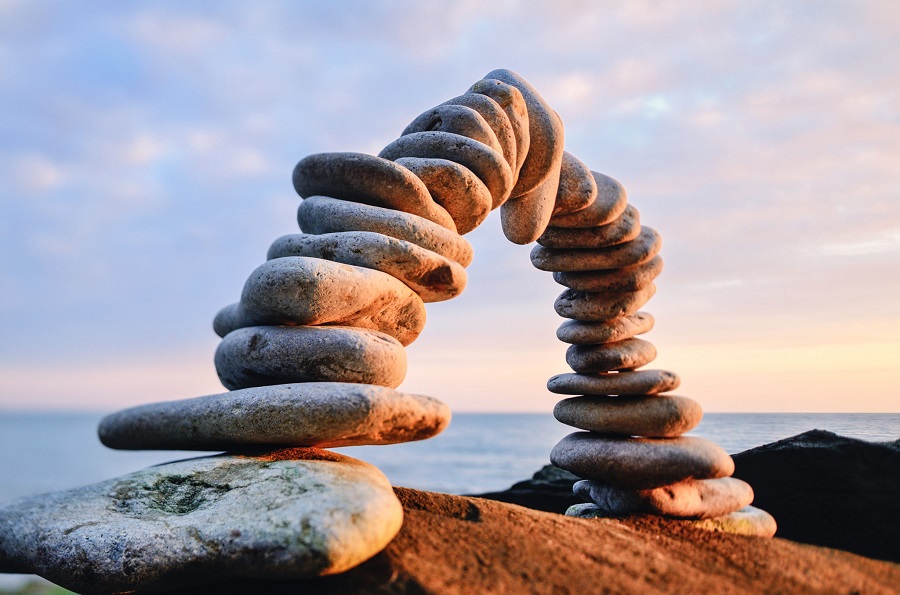 The first year of marriage (Shana Rishonah) can be a difficult time for even the best of young couples. A good number of years ago I read a story in Kashrus Magazine. As they sometimes do, this was completely off-the-topic of Kashrus. It was a story about the Shanah Rishonah (first year of marriage) of a young Kollel couple. Both spouses had very high personal standards. He was an outstanding Torah student with very good character traits and viewed as a future godol (Torah giant). She was a star student and extremely refined. The marriage started out very well. There was only one thing that she would do, which frequently bothered him.

Whenever he was about to leave the house, (e.g. for a minyan, a shiur (class), or a simcha) – right when he got to the door, his wife would start making requests. Of course, he did not object. Instead, he would graciously listen and do what was asked, even though he was a very punctual person and hated being late. He did not even mention that this was irritating to him. Instead, he tried to ask before-hand to avoid these last minute door-way requests. Nothing helped!  His wife would invariably remember at the last minute something she needed. As this went on, he kept his frustration bottled up inside, since he did not think talking about it fitted a Torah scholar of his stature.

One day, he lost his patience and exploded at the door. Not about the requests, nor about getting them at the last minute. Instead pent-up feelings and complaints flowed out of his mouth about a whole list of minor issues. At first his wife was in shock and quiet, but then she too released her litany of complaints about him. Things rapidly escalated. Rabbis and friends all tried to intercede. They all knew that this couple was a fine partnership, and that this was an unfortunate and unnecessary fight.

Although he soon apologized, it took months for the wife to recover her feelings of emotional safety. That precious commodity of bitachon (trust) had been shattered, and she worried what was brewing under the surface of their marriage.  It took a number of years for their marital happiness to be fully restored.

The magazine used the story to illustrate the importance of rabbinical counseling, communication, and the need of the community to be involved in first year of marriage. All useful points, but probably this can also be found in secular marriage guides.

A mussar (self-critical analysis) approach might be to blame the husband. Because he thought of himself as a future godol he had a false self-perception. If he was humbler, it would have been easier to be open about his feelings of irritation.

A “Chassidic”—mussar might call the guy a chitzon (external) and not a true pinimi (internal).  A chitzon is prone to think that external behavior alone is all that counts. If one’s external behavior is fine, one does not have to do the avodah (work) to truly change one’s inner/soul dimension (thoughts and outlook).

To me, this blame, critique, and mussar, is a negative spin on the story. The Kollel guy does not deserve to be painted as a villain, he just was not given the right tools.

The custom in Chabad is to memorize the maamar (Chassidic discourse) Lecha Dodi (Come my bride). Then to repeat it from memory at the chassan’s table at the wedding. One memorizes either the maamar (Lecha Dodi: 14-Kislev 5669) said by the Previous Lubavitcher Rebbe or the Lecha Dodi maamar said by the Rebbe on 13-Ellul 5714. The topic of this maamar is the deeper meaning of the Lecha Dodi prayer said universally by all Jews on Friday night. I am suggesting in this essay that one by-product of committing the maamar to memory, is that it can help one ingrain in the chassan (groom) a different way to look at the Chassan-Kallah relationship.

The maamar uses to two mashallim (analogies) to understand Lecha Dodi. The first is the father-child relationship. When a father wants to deepen his relationship with his child, he has to reach down and pick the child up and lift him/her to his level. Afterwards he can have a warm, playful, face to face relationship. The second mashal deals with the teacher-student relationship. A teacher that wants to transmit a lesson and have the student internalize the lesson must do this in two stages. First he starts with simple dialog to open the mind of the student. Afterwards he transmits the inner content of the lesson. For example, the initial dialog can be jokes, or light stories (as in the example of the sage Rabbah [Pesachim, page 117a] who would start his lessons with some light humor before starting a class).

As explained in the sicha (talk) of Shavous (5713), this opening stage is key. The teacher’s mind and concepts are too deep, too intense and too interconnected and rich for the student to initially absorb (maamar Basi L’gani 5710). The ideas have to be contracted and limited to catalyze and spark the student’s interest. Only later can the idea be absorbed. Because these ideas cannot be directly conveyed they have to be cloaked in the form of riddles, jokes, and stories[1]. After the opening jokes, the real lesson can proceed. The content must be made simple, and direct. It will not have the richness and nuances of the initial jokes, and light humor, in fact that would impede the lesson. It is just straight material. However, if the class proceeds this way both the teacher and the student will truly benefit. The student gains from being able to absorb both the direct lesson and the world-outlook of the Teacher. The teacher will gain from the student’s questions and original insights. As the Talmud states: R. Chanina remarked, “I have learned much from my teachers, more from my colleagues, and the most from my students” (Ta’anis 7a).

You might ask how can the student teach the teacher? The teacher/mashpia (giver) seems to know so much more than the student? The answer is that the mekabel (recipient) has a source which is closer to the ultimate Source of all (Hashem) [Tanya, Iggerros 20 – which talks about the source of malchus]. This is true because the self-awareness of a giver/ mashpia forms a block in acquiring the ultimate connection to Hashem. Self and ego has a definition and limit, it has no room for the infinite, since it is finite. Only one who empties themselves (bittel) can be a vessel for receiving direct from the infinite truth. When the teacher/mashpia puts himself/herself aside then he/she can share in the flow of insight from the ultimate giver of all, HaShem.

What does this have to do with Shana Rishona and our original story of the Kollel guy? We rarely question our intellectual assessment of a situation. The Kollel guy may have been convinced of the moral value of attending minyanim on time, shiurim on time, and perhaps he teacher who had to come on time. The simple domestic requests of his wife were clearly inferior to the importance of what he was doing. However, being on a superior moral plane, he could not lower himself to object to his wife. No he bottled it in. He did not discuss the issue with her. The fact that she was asking for such mundane issues shows she was lower than him. He would not lower himself like the father or the teacher. That is to stoop to simple mundane talk and domestic issues.

The lesson of the maamar of 5714 is that the reality is the opposite. By lowering oneself and contracting, and straining the material to make it simple and clear – helps an amazing thing happen. The mekabel is able to give rise to a whole new level of depth in the lesson. Why? The source of mekabel is higher than that of mashpia. The receptacle of the mekabel can receive from the infinite source of all knowledge and existence (Hashem).

In simple words, your wife will absorb the material, and give it a richness and life that transcends what you even imagined you thought was there. Does this sound unreal? Well when husband and wife come together they create a new being that never existed. This can only come from a power greater than both of them (i.e. G-D). This, in turn, gives rise to physical children – a binyan adey ad (an eternally lasting household). This eternal power can only come from G-D. This what it means when Torah says that when there is peace in a family the Shechinah dwells there. That means, there is revealed a G-dly power that can give rise to truly perpetual Creation (a power that is only in the hand of G-D).

This is then what the prayer Lecha Dodi means, when the husband lowers himself and approaches/greets his wife/kallah with pure giving and love then he obtains a crown (Aishes Chayel Ateres Baalah) (the valiant wife becomes the crown of the husband). He was not a king, but he can get that crown and kingship – but only by working with his wife.

[1] The Sichot of 5713 notes that even light-talk of a Talmud Chacham contains deep lessons.