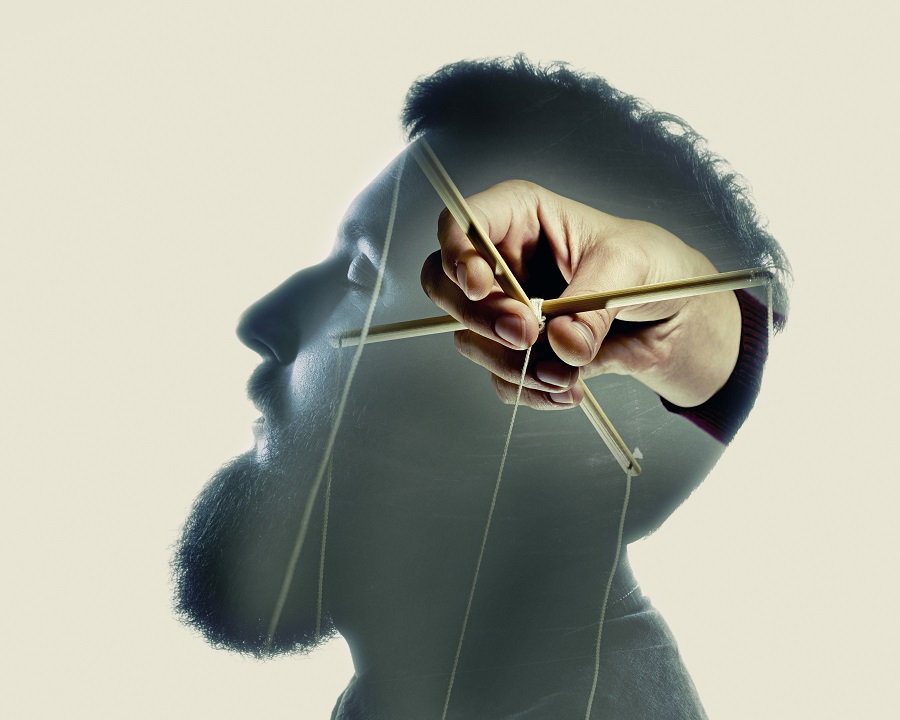 Something many people can relate to is a feeling of endlessness. A feeling of despair, where our hearts and our minds want to just give up hope on this rat race we call life. We feel challenged beyond our reach. The feeling of climbing the mountain and never reaching the top. The challenges never come to an end either. When we finally overcome the endless battle, lo and behold the Merciful One yet again hits us in the face with a seemingly endless list of problems that stop us from facing the simplest of daily activities like getting out of bed and enjoying casual down time. It’s everywhere. That feeling of doubt. The unknowing abyss which our hopes are thrown into. Bad attitude. Failure. Repression of personal expression. In essence, our own negative mindsets.

Mindset is the key. We know through Chassidic doctrine that the key to everything is mind over matter. In life, no matter what we’re faced with, the way we perceive our situation, generates the greatest or smallest possible outcome. The Lubavitcher Rebbe, Rabbi Menachem Mendel Schneersohn, discusses in many of his talks1 about the importance of infusing everything we do, including the most trivial of daily tasks, with joy. Instead of beating ourselves up over how small we are or how much more we could do, we should rather focus on the positives and how to fully tap into our potential in order to make the world a better place. He says, ‘The best way of doing so is through joy.’

The Alter Rebbe, Rabbi Shneur Zalman of Liadi the first Lubavitcher Rebbe, writes that his entire magnum opus the Tanya, is based off of one line “Because this matter is very close to you with your mouth and with your heart to do it.2” What is this idea of mouth coming before the heart? A person must tell himself that he can do it. His heart must feel the absoluteness of the idea that his mind is saying to him through action. By actual speech, by telling oneself that we are never actually far from overcoming our challenges or any obstacle that we may face in life, one will be able to fully create the actualization of positive energy in the world specifically within one’s own mind. And this will  in turn affect his heart to realize the positivity that became his mindset.

The Alter Rebbe writes in a chassidic discourse3, about a major fundamental question within Jewish scripture. The idea that G-d creates the world anew through speech alone every single day, as speech by G-d is considered an action. This poses the question: If every single day the world is created anew via G-d’s speech, how can this be reconciled with G-d resting from his active creation on the Sabbath? How does He recreate the world on the Sabbath if He has to refrain from performing an action? Through much back and forth critical analysis, the Alter Rebbe concludes that G-d has the ability to create with thought itself and that is the way he recreates the world on the day of rest. Without lifting his “hand” per say rather through his divine thought.

Although we are not G-d, and it seems a far off concept, this sheds light onto the idea of our own world being created by our own thoughts. A person’s self expressive limitations are only created by the mindset of not being able to or not having the control in one’s own life to do what he wants to do. If we are an expression of the limitless G-d himself, what is stopping us from doing what we want to do if not for our own manifestation as a physical being versus a G-dly one? Man can achieve much more than what is accepted to be humanely possible by just pushing the boundaries of logic.

The Rebbe Rayatz, Rabbi Yosef Yitzchak Schneersohn, the sixth Lubavitcher Rebbe writes that “Thinking is potent4.” The idea that our minds generate actual energy has been studied for centuries. But, what generates our ability to create and manifest anything we want into a physical reality? We do. The only thing stopping a person from turning himself into a positive thinker is the person’s own perception of his reality. Whatever the mentality may be. The victim mentality or the introvert or even the pessimist. But how can a person just change?

The issue many people face is the internal battle.The never ending uphill trek that can take months to overcome. The third Lubavitcher Rebbe, the Tzemach Tzedek was famously quoted saying5, “Think good and it will be good.” Meaning that through any negative occurrence that one may encounter, as long as we maintain a positive attitude the outcome will be a good one.

The Tzemach Tzedek explains in his work entitled Derech Mitzvosecha6  that the highest levels of G-d’s wisdom coming in a downward progression from his infinite oneness stemming into the creation of everything, does not come through a flow or general progression like the rest of creation, but rather through skipping or jumping. Seeing as G-d’s infinite oneness is too vast to be funneled in through regular channels. And this in turn is the source that stems all creation. From here the seed is grown that creates all humanity as we see it. As we know, the seed of man stems from the brain, as is everything that we choose to do in life. From our actions to our choices and our thoughts. But instead of suffering with our anxiety or negative mindset until we reach that  point of ‘I need change,’ we need to go back to the source of our vitality, our minds. This jump, that stems from G-d’s infinite oneness into the cycle of creation needs to be how we deal with our problems and challenges. The mind over matter mindset doesn’t just happen but needs to be achieved and can only be achieved by a jump or a leap of faith stemming from intellect. With a negative mindset come the many thoughts that stem from the brain keeping a person there in that state. It can keep us there for many months. And even if we try to get up, for many of us “survivors” it takes practically hitting rock bottom for us to get enough desire for life to snap out of our depression. But how do we get to this level or state of just flipping the switch in order to be able to just jump from the “infinite unknown channels” of negativity to the “process of creation” or a positive healthy mindset to be able to just go from sad to happy in a moment? It seems impossible or even unhealthy. How can I possibly instantly get over my problems? If I don’t deal with them in a long drawn out process, will I ever truly heal?

The Lubavitcher Rebbe offers a unique explanation7 on a verse8 in the book of Genesis regarding G-d’s commandment of Abraham to leave his home and everything he knew until this point in his life, to a land that G-d will show him. The Rebbe explains that the verse is not referring to G-d showing Abraham the land itself, rather G-d is saying to Abraham that in order for me to reveal your essence to show you, to show you the way to the promised land, you must leave everything you’ve been nurtured into thinking and being thus far. Only then will the true you begin to shine forth. When a person breaks through his own mental entrapment and leaves behind all of his nurturing that allow him to think that he must go through a long drawn out struggle to achieve the peace of mind that the entire world is seeking, that is when he will finally be at peace with himself. By breaking the mental barriers of logic that have been so deeply ingrained to be normal to him will he finally be able to reveal and show off his true happy healthy essence. And this is what we must finally do to overcome our own mentality and mental blockages. We must seek out our own way and view and know that our essence is truly great. It just needs to be revealed to its first point of entry that stems from the highest point of us, namely our own minds.