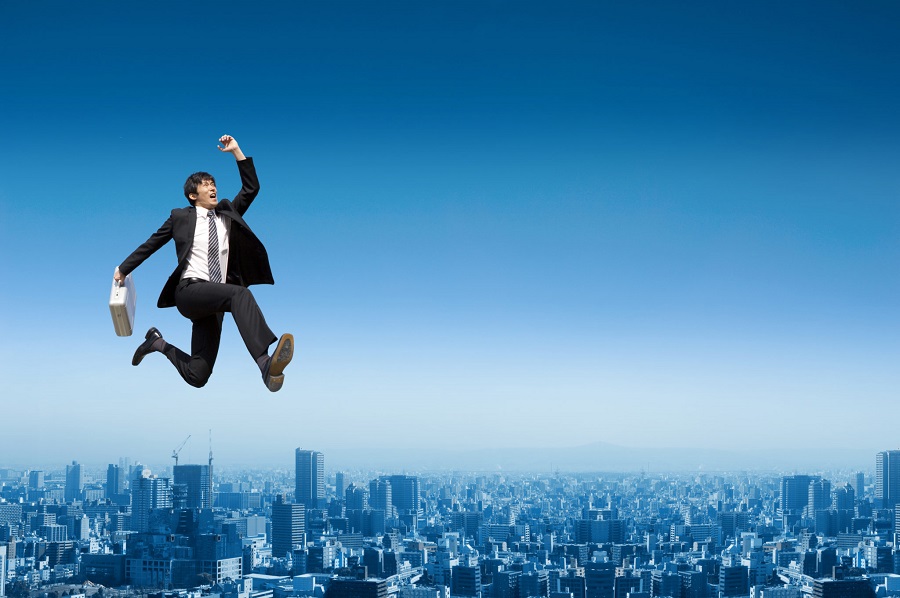 I have no clue whether or not I am supposed to like my job. That I am obliged to drag myself to work every day, earn an honest living and separate charity is not up for debate—toil by the labor of one’s hands is praiseworthy and, in some cases, obligatory.[1] But whether I, as a Jew, am supposed to take pride in my work or love my job eludes me.

The Mishna has been unhelpful, to say the least. At the very beginning of Pirkei Avos, Shmaya explicitly instructs us to love work,[2] which seems straightforward enough until Rabbi Meir motions that one should perform only minimal business dealings and instead focus on Torah study.[3] Meanwhile, Rabban Gamliel argues that only by exerting oneself in both the workplace and the study hall can one truly hope to avoid sin.[4]

Balancing Torah and business can be confusing, but Chassidus holds many of the answers. In this essay, we will explore the constant tension between the physical and spiritual through the lens of Chassidic thought, and discover how it is indeed possible to satisfy all three opinions in Pirkei Avos. We will detail the situations in which a Jew is obliged to engage in the physical world and describe how one stands to benefit spiritually from the so-called “raging waters” of the workplace. We will then explore the mystical implications of elevating physicality and conclude by discussing how our daily grinds, however mundane, are paving the way for the ultimate Messianic Redemption.

But first, a confession: I don’t always manage to pray the afternoon service with a quorum of ten men, as is my obligation under Jewish law.[5] Those are frustrating days, when I watch the sun set as I sit chained to my desk, unable to tear myself away from work long enough to pray properly. I often wish that I could devote my entire day to Judaism and not be bothered by the mundane work that obstructs my loftier pursuits.

I’m not the first to feel this way. Shortly after the Jewish people received the Torah at Mt Sinai, we were introduced to the perplexing case of one very tired donkey.[6] “If you see your enemy’s donkey lying under its burden, would you refrain from helping it?” the verse asks, incredulously.[7] “You shall surely help it along with him.” On the surface, the Torah is teaching us not to be jerks. Even if you hate someone, that’s no reason to let his donkey struggle—lend a hand! But the Baal Shem Tov, founder of Chassidism, reads this verse slightly differently[8] (noting the phonetic similarities between the Hebrew words for “donkey” and “physicality” [9]) and, in doing so, addresses my workplace-prayer crisis:

“If you observe that your physicality hates your soul and, furthermore, that it is struggling and rebuffing your soul’s efforts to refine it, one might erroneously think that the proper approach is to abandon the physical and embrace only the spiritual. The Torah rejects way of life, however, and demands that you help your donkey—your physicality.”

My personal donkey (my desk job) hates Torah and Mitzvos. It doesn’t want me to pray with a quorum or study Torah. It wants to me to work and eat and sleep.[10] But that doesn’t mean the proper approach is to abandon the physical and focus solely on the spiritual. Rather, the Torah demands that I help that bothersome donkey of mine—to not only engage with, but actively assist my own physicality—and somehow elevate it.

Opportunities are everywhere, once you know how to look for them. The Rebbe writes that we can redirect the noisy battle cries associated with cruel Roman warfare by being similarly loud and proud about keeping Mitzvos.11 Torah Scrolls, some of the holiest objects we encounter on a regular basis, are written on parchment, or spiritually elevated animal carcasses. And when I receive my paycheck and separate 10 percent for charity, that single action elevates my entire workday,[11] lifting my fallen donkey back on its feet.

It is obvious, then, why Pirkei Avos is at least cautiously in favor of working. Every time I enter my office, that’s an opportunity to improve physicality—to help my “donkey”.

But elevating mundane matters is one thing—emerging unscathed is another. Because, after all, Torah and Mitzvos are safe. Work is not. Even as I dive into the stormy waters of my office and try to rescue some charity or acts of kindness from the depths, am I not at risk of drowning, myself? What if I become so absorbed in the daily grind that I forget to pray with a quorum? What if I become distracted or entirely desensitized to prayer?

The Alter Rebbe[13] identifies the “raging waters” in the verse as concerns about one’s livelihood—whether you’ll meet a deadline, get a raise, or even keep your job. But none of those worries have the power to quench the inherent love that a Jew has for his or her Creator, because the nature of the G-dly soul is to connect with G-d, regardless of any challenges. In fact, the Alter Rebbe explains, the soul can only reach its full potential by descending into this world, tussling with physicality, and remaining true to its purpose and mission. A soul, he explains, is similar to the flickering flame of a candle. Its light is only appreciated (and indeed, only capable of fulfilling its purpose) in a poorly lit room.

“And this is the error of businessmen, who believe that [due to stress from their jobs] they cannot pray as well as full-time Torah scholars,” the Alter Rebbe writes. “The opposite is true—it is backwards! They can pray better than the scholars, because the advantage of light is only most apparent when it comes from within the darkness.”

My career, then, is a means to multiple ends. On the simplest level, going to work fulfills my obligation to not ignore physicality, but to engage with my “donkey” and work alongside my evil inclination. Furthermore, I am helping the world—elevating mundane thoughts (and my paycheck) to holiness by donating a percentage of my earnings to charity and performing Mitzvos while at work. And finally I am helping myself, justifying my own existence, because only through stepping into the darkness can the light of my soul shine brightest, and only by going to work can I fulfill my purpose.

Nobody is exempt from shining light in the darkest places, but there is more than one way to carry out this noble task. Perhaps that’s why Pirkei Avos has so many different opinions about how to engage in the workplace. R. Meir and Rabban Gamliel both advocate a sort of balance between work and Torah study. But Shmaya takes the entire endeavor one step further. He instructs us to love work—to understand that every mundane minute in the office can be redirected toward holiness, and to love those daily opportunities for improving the world, however challenging the task may be.

But why must the world work this way—and what is the end game? The answer to this final question lies within the realm of Kabbalah, and demands a brief introduction.

G-d is one. Relative to His Oneness, all creations are insignificant. He transcends time and space and includes all possibilities; good and evil mixed together without prejudice. If you trace Him even higher, you’ll find only Peshitus—a Chassidic concept that refers to simple, unblemished nothingness. But such lofty ideas are beyond us, so Kabbalists prefer to deal in Sefiros—vessels that shape divine energy into expressions of G-dliness. There are four major categories of Sefiros:[14] Keser (the lofty source of Sefiros), Sekhel (intellect, derived from wisdom, understanding and knowledge), Z”A (emotions derived from love and fear) and Malchus (G-dliness residing in the lowly, physical world).

Z”A and Malchus share a unique relationship, which pivots around Shabbos.[15] During the six days of the week, Z”A nourishes Malchus with divine energy, without which she would barely survive in the physical world. But then on Shabbos, something strange happens. Z”A unites with Malchus only to discover that Malchus was in disguise. Far from being a lowly Sefira, Malchus was in fact rooted in the loftiest reaches of Keser all along. Once fully connected to Z”A, she then lifts both of them to incredible heights.

On a similar vein, as we welcome the Shabbos Queen every Friday evening she reveals herself to be not the lowly, final day of the past week but a restful force that refreshes us for the following week. This is why, during the Friday Evening service, we refer to Shabbos (and Malchus) as “last in creation” but still “first in thought”—or, as we sing at the Shabbos dinner table, “a woman of valor, the crown of her husband”.

The Rebbe explains[16] that my job, my concerns about work, my “donkey”—are all analogues for Malchus. And as we approach the Messianic era, the ultimate Shabbos, the merits of our wrestling with physicality will gradually become more obvious; as we imbue the mundane world with G-dliness by going to work and separating charity, turning animal carcasses into Torah scrolls and battle cries into Jewish pride.

When the Messiah is revealed, we will discover that the entire mundane world, like Malchus, held incredible hidden potential all along. What once appeared to be a lowly donkey or a grueling work schedule was in fact a spark of holiness, waiting for us to have the courage and perseverance to engage with it. More than even Torah study and Mitzvos, the merit of helping our “donkeys” is paving the way for the final redemption.

This is why the Messiah is described as, “a poor man riding upon a donkey”.[17] When the final redemption occurs, the Messiah will not arrive perched atop a wave of Torah study from our greatest scholars. No, the Messiah rides into the final redemption atop the merits of the donkeys that we lifted and conquered, our jobs and business dealings that once seemed so mundane—until we learned to elevate them and, perhaps, to love them.

[7] Rashi reads this verse “בתמיה”, so “incredulously” isn’t much of a leap.

[10] The Yiddish song, Essen Es Zich, laments this very condition. We have no trouble serving the body by eating, drinking and sleeping, but when it’s time to learn Torah or pray, we suddenly find ourselves unable! 11 Likkutei Sichos (Vol. 16, Page 341)

[14] There are many different ways to define Sefiros, and many different categories that they could be theoretically broken into. This model works best for the forthcoming Maamar, but is by no means a comprehensive introduction to Sefiros or Kabbalah.