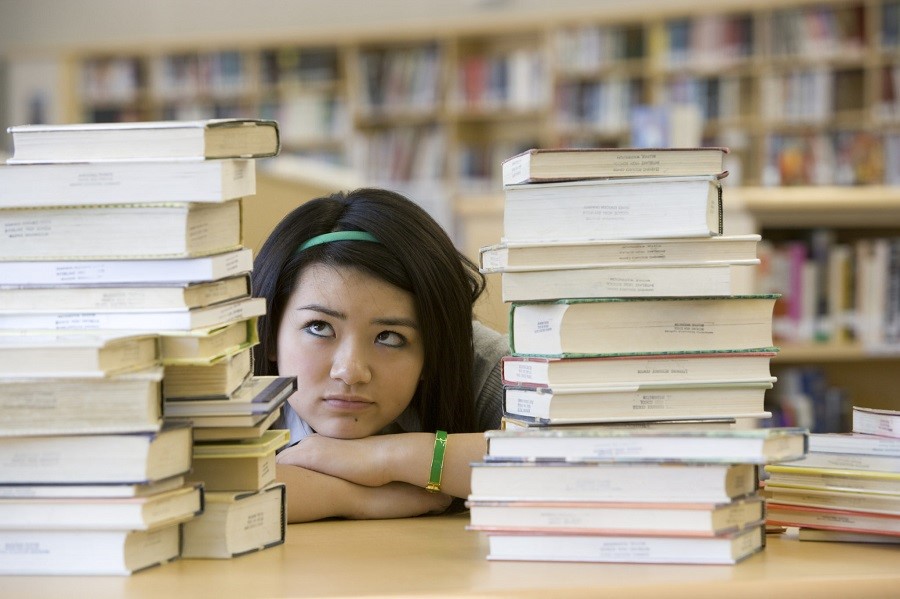 It’s the challenge that makes every parent throw up their arms in defeat. It’s the question that the teacher is hoping no one will ask. It’s the nagging voice in the back of our minds that holds us back from the changes we wish to make. “What if I don’t feel like doing this? What if I don’t want to change? What if I just don’t care?” Trying to cure the rampant disease of apathy is by definition paradoxical. If there is no inspiration to begin with, what will motivate our decision to re-inspire ourselves?

The Torah tells a story about a cold, apathetic nation, called Amalek, who wouldn’t be affected by anything. The ten plagues of Egypt and the splitting of the Sea were not enough to impress them. Chassidus looks at the Torah’s description of Amalek as symbolic of our internal apathy. By analyzing the Biblical story of Amalek and the parallel within ourselves, we can understand the root of our own indifference, develop an awareness of its symptoms and discover tools for curing ourselves of this condition.[1]

Before we begin analyzing the Torah’s description of Amalek, it is necessary to understand the Chassidic approach to stories in the Torah in general. Being that the Torah is not a book of history, but a spiritual guide to our lives, it follows that the stories recounted in the Torah are not to be read only as historical accounts of unique individuals and ancient nations.  Rather, each account is telling the story of our own lives and every character is a dimension of our personality. When we begin reading the Torah this way, Pharaoh is not only an ancient evil Egyptian king, but our own egoistic nature. Moses is not only a saintly miracle-worker, but the spark of faith that lies deep within our souls. Each of us is in some small measure both Moses and Pharaoh, both Jacob and Esau, both Haman and Mordechai. Our calling, as we read these stories, is to identify each character within ourselves, so we can live the story of our lives in line with the stories of the Torah.

In this case, we will be looking at the nation of Amalek. Amalek was the first nation that attacked the Jewish people on their way out of Egypt. Other nations were afraid to start up with the people who had emerged from the Egyptian empire after ten miraculous plagues and a finale in which the entire Egyptian army drowned. But Amalek remained unfazed.

The Biblical nation called Amalek is extinct today. Still, there is a spark of Amalek within us that is alive and well.

Mainstream, intuitive thinking would tell us that negative emotions or tendencies are a personal, psychological struggle. However, Torah believes that evil is an independent force that exists beyond our personal experience. Our minds and hearts are merely the field upon which the forces of good and evil engage in battle. In order to understand the nature of our own apathy, we need to first uncover the evil that Amalek represents and then identify how that is represented within lives.

“Amalek is the first of the nations and its end is destruction”. This is the description the Torah gives for the nation of Amalek. Many commentaries discuss the meaning of the word “first” in this context. From a Chassidic perspective, this is clearly not referring to chronological order, but to the fact that conceptually, Amalek is the root of all of our personal failures. Kabbalah notes that the Hebrew word “Amalek” has the same numerical value as the word “safek”, doubt. Amalek represents the skepticism and uncertainty that lies at the root of all our flaws. This skepticism has no rational basis and is not a result of any individual psychological issue. It is rather a negative force that has its own irrational agenda to oppose the person’s faith. While Chassidus speaks about Amalek in the context of opposing our belief in G-d, the same principle can apply to a more mundane example.

Let’s say you have difficulty with making it to events on time. Your friends make it clear to you that they don’t appreciate your chronic lateness, and you understand their frustration. Theoretically, you know it is wrong, but the more you think about it, the more you realize that you don’t really care. You have no interest in making the effort to change your ways and the irritation of your peers is not enough of a motivation. On a superficial level, the reason for your lateness might be laziness or selfishness. However, the reason these flaws overcome you is because there is a doubt in your mind, “Maybe this isn’t really important. Maybe it doesn’t really matter? ”

If you had absolute conviction that being on time was important, the motivation would come naturally. Imagine you found out that somehow, the lives of millions of people depended on you showing up on time to a meeting. Suddenly, finding the motivation to come on time would feel easy, or easy enough, or at the very least, the struggle would feel worthwhile. Distraction, laziness, and selfishness would naturally fall away.

This uncertainty leads to what Chassidus terms “krirus”, coldness. When describing the attack of Amalek on the Jewish nation, the verse writes “(they) happened upon you, on your way out of Egypt”. The word “Karcha” – “happened upon you” has the same root as the word “kar” – coldness. Chassidus infers from this that Amalek represents the cold apathy we feel towards our relationship to G-d. As described, it is doubt and uncertainty that breeds this coldness and lack of enthusiasm within any given circumstance or relationship in our lives.

This Amalek disease has many symptoms that creep up in distorted and unexpected forms. We will describe three particular symptoms that show up in various elements of our personality. The common thread between all three is the underlying indifference and apathy.

You hear about something improbable, wondrous or even miraculous, say, the splitting of the Sea. Your first instinct is to deny it completely. Your indifference compels you to deny anything that threatens to arouse enthusiasm. This symptom shows up when you first encounter an idea that would normally get you excited or inspired. At this point, you resist accepting or believing the idea altogether.

After denial comes dismissal. If the truth of the idea proves to be undeniable, your next defense mechanism is to dismiss the fact that there is anything impressive about it. This resistance to getting excited has no rational basis. It is simply a defensive response to your natural instinct to accept something you perceive to be true. In our previous example, this would show up when your peers tell you that your lateness actually frustrates the people around you. Your first instinct is deny the fact that anyone actually cares. Even if that fact becomes undeniable, you dismiss their frustration as insignificant.

You hear about the occurrence of a miracle and instead of denying or dismissing it, you reason, “Well, G-d is omnipotent, after all, so why should I be impressed by the fact that He could do something miraculous? He created the universe and the rules that govern it so why shouldn’t he be able to suspend those rules?”

Logically speaking, this argument sounds accurate. After all, isn’t it true that for G-d, splitting the sea isn’t a big deal?  In fact, this argument seems to validate Gd’s greatness more than the person who is wowed by a miracle that he encounters. However, although nobody can prove you wrong, this rationale is completely inconsistent with our natural human experience. The nature of an emotionally healthy person is to be amazed and excited by something that is unusual or unfathomable to them.  Being that we are human beings who are accustomed to the world running naturally, and something supernatural is completely unfathomable to us, miracles should seem wondrous! It’s true that for G-d it isn’t spectacular, but for us it is, and that naturally generates excitement.

Using our original example, once you are convinced that the frustration of your peers is significant, you may begin to rationalize, “I had really good reasons for being late” or “Statistically speaking, most people don’t come on time anyway, so it’s unrealistic of my friends to expect everyone to always be on time.”

At this point, the irrational cynicism was not enough to cool you off from your natural excitement. Being a rational human being, you feel the need to justify your feelings with logic. Contrary to our intuitive experience, these rationalizations are not the cause of our feelings but the outcome. In this case, attempts to remain objective and rational are not only futile, but also destructive.

At this point, you’ve already felt inspired or impressed by an idea and you haven’t even managed to rationalize why it isn’t impressive enough. Yet, there is something inside you that fights the idea, preventing it from changing who you are and how you define yourself. Although you are moved, we can’t let yourself be impacted to the point of letting go of your self-image.

This symptom shows up at the most practical level, when it comes to actively shifting your behavior. Whether it’s your relationship with G-d, a relationship with another person, a commitment to a job or dealing with a life circumstance, Amalek shows up as the stubborn resistance to committing yourself to behaviors that are uncomfortable for you. Back to our lateness example, this means that even when you have been convinced that being on time really would make a difference to the people around you and that it is completely unjustified, you still resist making the practical shift.

There are two apparently contradictory commandments listed in the Torah concerning the nation of Amalek. One is to blot out its memory and the other is to constantly remember what they did. In this paradox we find the cure to the apparently untreatable disease. It is in fact by remembering Amalek that we succeed in wiping him out. Eradicating Amalek means remembering who Amalek actually is so that we don’t slip into the Amalek habits that we know are wrong. Amalek cannot be overpowered by reason, by willpower or by passion. Apathy dismisses all of those things. Amalek it is indeed an incurable disease, but only as long as we identify with it. Once we expose it as a foreign disease that is attacking our natural selves, we can identify the symptoms of Amalek, and make the choice to reject them.

Next time you instinctively dismiss the validity of another person’s opinion, remember that your dismissal is not a reflection of reality but a symptom of Amalek . Eradicate that tendency by choosing to accept the other at face value and open your mind to the possibility that they are right. Next time you have the urge to downplay another person’s feeling by intellectualizing it, remember that your rationalizations are misplaced, inaccurate, and merely a symptom of Amalek. Eradicate that habit by choosing to validate that feeling not only to the other person, but to yourself. Next time you feel yourself resisting a necessary change in your life, remember that this change is of utmost importance to you and your resistance is only a symptom of Amalek. Eradicate that fear by choosing to make the changes you know are important, even when they contradict your natural instincts.

When the Torah describes Amalek’s attack, it specifies that they attacked the Jewish nation “on their way out of Egypt”. The process of leaving slavery and becoming a free nation involved facing Amalek and overcoming it. Applying this to our personal lives, our apathy and indifference is a part of our own self-imposed slavery. It is only when we eradicate the symptoms of Amalek within us that we become truly free.