The Interplay of Good and Bad 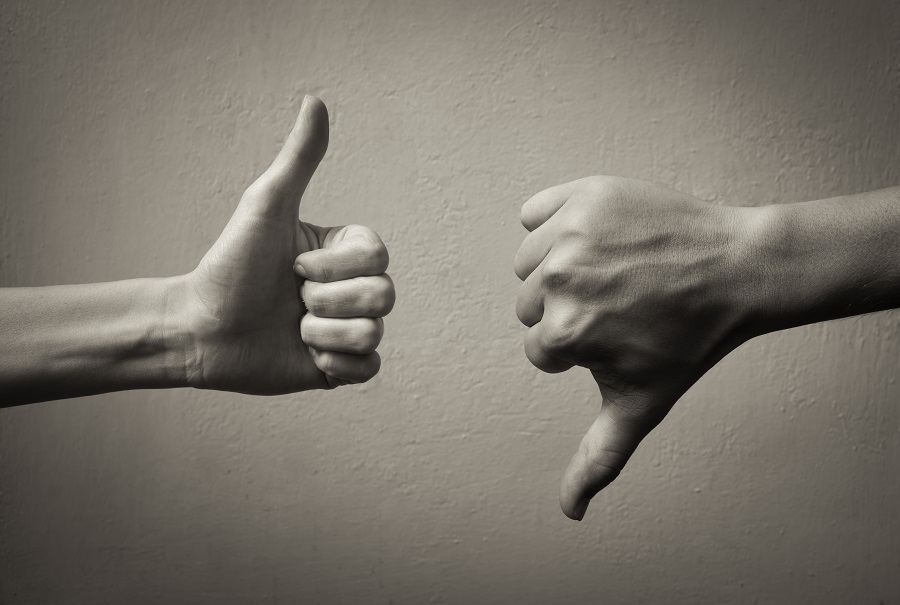 One of the foundations of Chabad chassidic thought is the idea that we are meant to take this world and elevate it, thereby creating a space within which Hashem can openly dwell. This, of course, is predicated on the assumption that there’s something about this world that needs to be elevated, which in turn means that we view the world as containing a mixture of good and bad, and that it is our objective to distinguish between the good and the bad and thereby amplify that which is good, and transform or dispel that which is bad[1].

Many a time, we find ourselves in a situation in which we are not sure how to differentiate between the good and the bad. In this essay, I will attempt to lay out in a comprehensible way the two general bad and good mixtures. This will enhance our understanding and ability to decipher that which is good and bad. The following ideas are based on two maamarim (discourses) of the Previous Rebbe from 5684 (1923): Ve’Avraham Zaken (Parshas Chayei Sarah)[2] and Ki Yesharim Darchei Hashem (Parshas Vayishlach)[3].

The maamarim use the language of “mixtures” to represent the varying degrees of which good and bad appear intermingled in this world, often focusing on the competing factors within the human psyche itself. These mixtures in turn are divided into “wet mixes” and “dry mixes”, each category containing two sub-types.

The first dry mix[4] is similar to having two dry objects in close proximity. For example, when there is a pile of crumbs mixed together, there are good crumbs that can be eaten and bad crumbs that cannot. To the naked eye, it seems that the pile of crumbs are one and the same. In essence however, each crumb has an identity for itself by either being edible (“good”) or not (“bad”). Only because they are in such close proximity can they be mistaken for being one and the same.

The same idea exists on a human level; when one gives charity, and at the same time he humiliates the receiver, to the point, at times, it is clearly visible from his hand-motions that this is his intent. It is not that if he didn’t get the chance to humiliate he wouldn’t give it. He would because of the good within him, and this is how he would like to express it. It’s only that when the  bad side sees an opportunity to express what it wants, it seizes the  opportunity.

These are two separate entities. Each one accomplishing what it wants without one taking away from the others accomplishments. That is what our sages say, “They both rule at the  same time “ in the  same act.

Before getting into the  next mixture, it is important to define what is bad and what is good. For example, in vegetation there exists sweet and good healthy plants as well as the  opposite. In the  animal world as well, there exists animals that enhance the world, such as kosher animals, which even their skins can be used for various beneficial purposes. On the other hand, there are animals that destroy, trample, and kill, even though they also benefit the  creation in a hidden way.

So too, in the  human realm there are people who are kind and giving and do not even know how to lose their temper, and there are those who are the  complete opposite. Where it gets tricky is when the  two types of people get mixed within one person.

The second dry mix[5] consists of a person whose externally (chitzonius) good but internally (pnimius) isn’t quite as good. For example, when he hears of someone’s sorrow he couldn’t care less and he is not pained by it whatsoever but when it comes to being a help he is there helping because his outer layer is good. That layer is what’s generally revealed on a day to day basis.

Then there’s someone who is good internally but externally not quite. For example, when he hears about another’s situation, he is extremely pained by it and it affects him immensely and feels mercy for him, but when it comes to giving a hand he is nowhere to be found.

The way the inside of these individuals are revealed is through great joy, power , wealth, or suffering. When a significant event occurs, the outer layer gets shattered, and the inside is revealed. The one with the inner good will respond when experiencing immense joy, he will be giving, kind in a way that was never seen before, when given power or wealth he will be humbled for g-d has chosen him to distribute his money, and he will effect people in the most positive way that he can, and when given the slightest suffering he will immediately look into what he did wrong and perfect it.

The one with the inner bad will respond when experiencing immense joy by being stingy and nasty behavior that’s almost unrecognizable from before, and when given wealth or power using almost all benefit for himself, while in his mind thinking I deserve it, it’s mine, I can do with it what I want and only the extras give to others ( he can also be one who gives a lot of charity but he reason is,“because a person like me deserves to be know as a nice person and a giver) and when given suffering will respond with “why do I deserve this” and the liking, without a thought of remorse.

These two categories are called dry mixes because they don’t really get involved with one another they are just extremely close and mixed and they don’t either enhance each other.

The second category is a wet mix, which has two subcategories. A wet mix, by definition, is molded together so well that every piece that has in it good also has in it bad- the two are hard to discern.

The first wet mix[6], is like when someone does someone else a favor and is nice to him, for one reason because he gets something even greater in return but in his mind, however, he actually believes that he’s doing it because he likes helping another people, the stronger the personal interest and future benefit, the greater and more frequent the good deeds will be, the more the good deeds the stronger his personal intention will become.

Another example is someone who studies Torah and prays a whole day, works on refining his character. It seems there’s absolutely no bad here. However the only reason why he’s so involved with this, is because he happens to be a person of great intellect and only intellectual things matter in his life.

So in his eyes those who are not involved the way he is he frowns upon, even though there’s no greater work than Torah, Mitzvos, and character refinement, nevertheless in his case it’s done for personal-fulfillment and not altruistically. Since the bad and good are mixed together so well in his mind and it’s all for the name of heaven, he doesn’t even realize that someone who is really doing it for the name of heaven will do the same thing he does with a whole different energy.

In the plant kingdom there are plants that, the sweeter they taste, the deadlier (poison) they are and the deadlier they are the sweater they taste. An example from the animal kingdom is the hyena. The more it laughs, the more it makes a person laugh which gives the hyena  the advantage over the human who while laughing lost his inhibition and natural fear of predators.

‘And like it says if your enemy is hungry give him bread, which is like pouring coals on his head’[8], in this case, the bread itself is the bad.

Another illustration of this is when a parent has to discipline his child to constructively criticize him. His son might be greatly pained from it, yet the discipline is well-intentioned, good, and even to the child’s benefit.

By integrating and incorporating this understanding, one can approach another in a more forgiving manner because one may never know what type of positive and negative mix the other has to deal with. Now that one understands to what degree the good and bad combinations can reach, one can be more precise and accurate in his mission of revealing the good within himself and becoming a better person, leading by example.