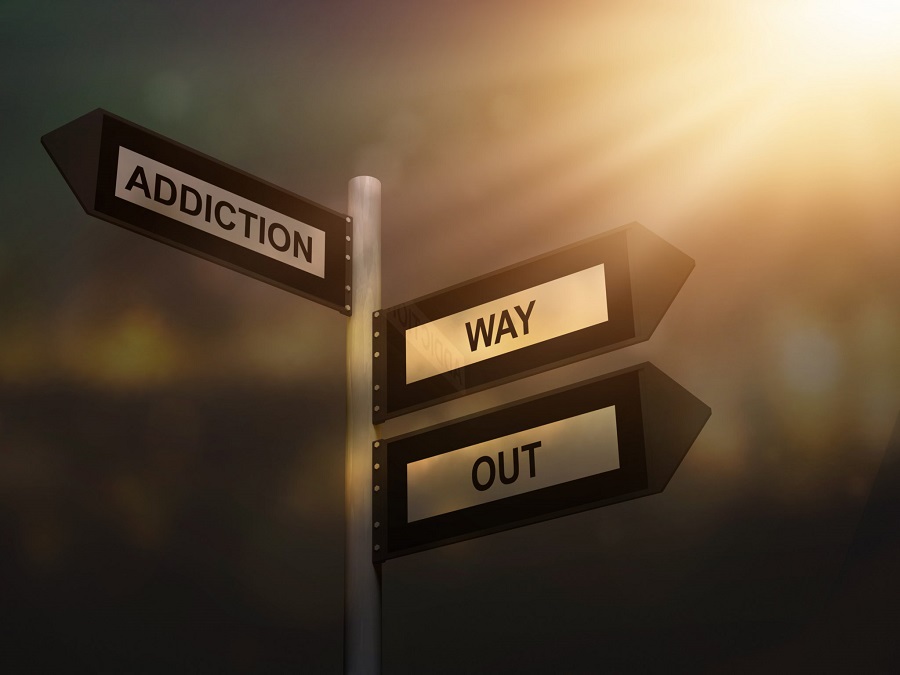 The subject of this dilemma is widespread and warrants guidance. The issue? Addiction. Although most people tend to associate addiction with lethal destructive actions such as drugs, alcohol, pills, etc. It really commands a broader spectrum and therefore needs a more refined definition. The term addiction in our context will refer to any surrendering of our better judgment, any disregard for the rational part of our brain in decision ­making and choosing the option that we know is harmful for us. In other words, when our logic is advising us against something and our hearts and subsequent actions nonetheless act with a mind of their own. We will label that as addiction for the purpose of this essay.

The strategy that will be employed is based on several insights Chassidus provides. Starting with the concept of Netzach, a Kabalistic attribute that has its counterpart in the human soul and psyche.  It is sourced in Kesser, higher than the other sefiros.  It therefore has the power to overcome any obstacle. The second concept we will explore is the interrelated nature of all our material desires, regardless of whether they are permissible or prohibited, nonthreatening indulgences or lethally destructive, they all originate from the same source. Combining the two concepts, we come to the conclusion that the most appropriate and effective method of activating the reservoir of Netzach is through aggressively responding to the less serious struggles thereby taking the struggle to the offensive.

Practical dynamics of the issue

In my experience in teaching addicted youth both during their rehabilitation programs as well as in the outpatient centers that follow the rehab programs, a pattern emerges in the same underlying challenge faced by patients time and time again. Namely, they have the professional help they need to deal with the medical, psychological, and psychiatric issues, yet in trying to reassemble their lives and resume their daily schedules they feel themselves lacking the necessary tools to curb their addictive inclinations. An added dimension to their frustration is the fact that they actively possess the knowledge that their addictive inclinations are harmful and destructive to their health, careers, and relationships. They know the statistics and data pertaining to the existential danger. Yet somehow this knowledge doesn’t resonate on an emotional level and subsequently their resilience is weakened in the decision making. And it is precisely in this stage where the insight and guidance Chassidus provides has its strongest relevance. In a broader sense, the above mentioned insight can be a tremendous source of guidance and inspiration to all people trying to overcome certain habits and challenges that keep coming back to haunt them.

Chassidus introduces a dimension to the soul faculty known as Netzach, a Kabalistic attribute that has its counterpart in the human soul and psyche.  It is sourced in Kesser, higher than the other sefiros. Chassidus brings the example of a King, who when threatened with war and defeat, will expend all efforts and spare no resources at his disposal to ensure victory. Similarly, when a person is faced with an existential threat, the reality of the danger unleashes the most powerful energies of t inageL isaB( luos ehתש״י).

aynaT ehT(פרק כה) addresses a similar idea: Even a Jew who doesn’t actively feel any conscious connection to Judaism, when pushed to choose between death or denial of G­d, he or she will choose G­d.  The reason for this is because one realizes this decision will wholly sever their connection with God.  The Tanya suggests that when one intellectually realizes that every Aveira actually creates a disconnect with G­d, one is empowered to prevail over his Animal Soul.

sudissahC(קונטרס העבודה פ״ב) takes it a step further.  Many times the intellectual clarity is there, with full cognizance of the danger, and yet the individual succumbs.  This is the result of one’s emotions being so contaminated by the Animal Soul that it has corrupted and hijacked one’s judgement and decision making. The nature of the Animal Soul is similar to a muscle, it becomes stronger with every actualized expression. Every time one indulges in an action of pleasure and self­gratification, the Animal soul’s influence is bolstered. Ultimately, even when faced with undeniable dangers, one is powerless to override them as their emotions are held hostage.

The two above mentioned concepts at first glance do not seem to be interrelated. However upon deeper reflection there emerges a unified empowering message when integrated properly. The first concept elucidated in Chassidus ­ the power of the attribute of victory. When faced with a life and death predicament, the circumstance itself help us activate a reservoir of remarkable strength and resilience the likes of that which we didn’t even know we possessed. Chassidus describes it as a sort of endurance, a form of survival instinct. In contemporary language we might define it as adrenaline that kicks in during harsh and extreme circumstances. And the second concept elucidated in Chassidus, that all indulgences, impulses, and materialistic inclinations, are all inextricably intertwined emanating from one common source, namely, the Animal Soul. In other words, it is not only the prohibited sins or destructive inclinations that originate from the Animal Soul. The chassidic understanding of the Animal Soul encompasses any desire whose foundation lies in self­gratification as opposed to pleasure and enjoyment coupled with the intention of advancing the Divine Will. Recognizing this fact, there emerges a platform for intermingling between the permissible desires that are commonplace and the forbidden temptations that are destructive. It therefore follows, that feeding the animal soul without restraint at the low­level struggles renders the animal unconquerable at the monumental challenges. For addiction is similar to bodybuilding. The more you work the muscle, the stronger it becomes. Similarly, the more a person gives way to the animal soul, the more it has a hold on the person and the less one feels inclined or equipped to overcome it.

One of the primary obstacles facing youth today is that by the time their animal soul is seeking to seduce them with extremely destructive behaviors they have already fed their animal with so many small victories that it (the animal soul) is at that point indomitable. Subsequently their minds no longer possess the ability to resist temptation. In other words, the decision­making has left the intellectual arena and has been delegated to the heart’s desires and whims. At that stage, it is too late to try and activate one’s Netzach ability because although intellectually one is convinced that this is a life­and­death situation, emotionally and psychologically the animal soul has infiltrated and therefore refutes that notion, imparting a sense of false security. Consequently, one who has effectively surrendered the reins of governance to one’s heart, no longer possesses the tools and ability to access this reservoir of Netzach since the danger is not a complete reality that he/she relates to at all levels.

However, when combining the above­mentioned concepts together and recognizing that the life and death struggle in fact begins at the low-­level challenges which seem to be harmless and permissible, it is still possible, at that stage, to overcome those small challenges by seeing what their eventual outcome will look like.

In other words, when fighting to the death to overcome the seemingly insignificant challenges, we’ve aggressively taken the struggle with the Animal Soul on the offensive.

We’ve taken territory that the animal has taken for granted and we’ve challenged him on his own turf. We thereby divert his resources from aggressive offensive tactics to frantically defend gains he has already made.

We find a fascinating equivalent utilized in a prominent strategy of criminology. The broken window theory. A strategy employed to reduce the rate of seriously dangerous crimes through placing disproportionate emphasis on small petty law­breaking. The premise of the theory is that low-­level crimes pave the way for the bigger crimes. When low-­level crimes are overlooked the implicit message is one of chaos and disorder, which subsequently escalates to more serious offenses. It therefore follows that by aggressively responding to vandalism and other forms of urban disorder, an overall atmosphere of lawfulness and accountability is restored thereby discouraging further escalation. Successful execution of the above­mentioned theory has been illustrated in several urban areas such as New York City in the early 1990’s under the Giuliani administration as well as in Albuquerque New Mexico in the late 1990s.

A critical take away from the above illustration, is that even in the midst of an environment where serious offenses were already the norm, this strategy still yielded successful results. Applying that into our context would indicate ­ that even the individual who has fed his animal soul with small low­level victories and is currently struggling with the more dangerous existential inclinations ­ still has an opportunity for victory. Utilization of this strategy still remains a viable method of containing and ultimately controlling his heart and desires.

Admittedly, this approach to recovery does sound counterintuitive at first glance; advising someone struggling with lethal drugs or compulsive gambling to focus their fighting attention to things like drinking coffee without sugar or sleeping without the second pillow, seems mighty strange. But with the insight Chassidus provides, we are armed with clarity to detect the interwoven nature that the seemingly insignificant indulgences have on our ability to cope with existential threats.

A simple practical exercise to draw the above strategy into a tangible reality, would be to resist five daily habits of minor indulgence in which our capitulation has been taken for granted. Thereby, flexing the muscle of the G­dly Soul and gradually have a grip on the Animal Soul.

1)     Thinking before saying something potentially harmful to another individual. 2) Refraining from gossip for one hour a day. 3) Going out of one’s comfort zone in actively performing an act of unsolicited kindness. 4) Controlling a negative emotion for half an hour such as anger, impatience, or jealousy.

The above stands in direct contradistinction to certain methods of contemporary therapy, in which therapists seek to isolate the specific addiction and explore specific causations, attributing them to various sources or even specific underlying patterns, but never drawing the link to include all material desires. Consequently a sharp distinction is made between dangerous addictions and non­threatening indulgences.

I) Summary of our three step recovery program

Therefore, feeding one fuels the next regardless of their perceived danger and severity.