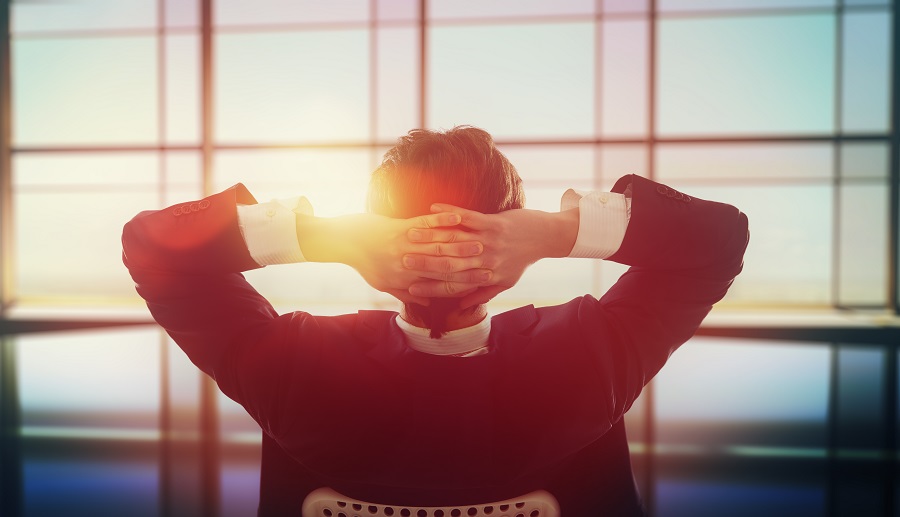 When life’s problems inevitably pop up, and you’re at your wits end trying to stay above the tumultuous fray, what tools are available to keep you afloat? Chassidus has the answer and tells us that with Bitachon we can indeed stay above the storm.

Bitachon as defined in Chovos Halevavos (duties of the heart- R. Bachya ibn Paquda 10th century)  an absolute and total trust in G-d. It leaves no room for any outside power to effect the situation. But mostly it produces a tranquility of soul in the one who is awaiting salvation or help because he recognizes that his benefactor (G-d) is sure to come to his aid, and this out of pure benevolence and kindness.

The Rebbe elaborates on this concept in his famous sicha from the Torah portion of Shemos delivered in 1991 during the Gulf War. There, the Rebbe the Rebbe highlights the basis of Bitachon and describes it in just two words: Somech B’Emes  (truly reliant).

It is a feeling not just of an all-inclusive submission, but rather a confidence and certainty that one’s Benefactor (G-d Almighty) will indeed come to the rescue in a revealed and good way; in a way that is recognized as such and even preferred by the beneficiary. It is an all-encompassing, absolute, no room for doubt reliance that G-d will indeed help and that the help will be in a way that can be appreciated by the limited minds of people. It is this absolute and truthful reliance on Hashem, that generates the merits to provide the salvation that is needed and the tranquility to sit back and watch the happy ending play out.

So how can one actually implement Bitachon when faced with a situation that seems like a dead end?

A STORY
I run a car service in the Catskill and Williamsburg areas of New York. One day I received a call to pick up a client in Manhattan at seven o’clock pm. I agreed and was on my way, but as a new York life dictates, I got stuck in a major traffic backup. By  twenty  minutes to seven I had battled my way past  at least half a dozen school bus pickups,  two auto accidents, construction on the Brooklyn Bridge, a pothole crew, and a broken traffic light. With my heart racing and blood pressure starting to elevate  I finally exitedt the FDR at the 42nd St ramp. I realize realistically that I just wouldn’t make it there on time, but I was still trying my best. By 6:50 I managed to snake my way up 42nd Street to Vanderbilt Ave. I’m helplessly late and traffic is at a standstill on 42nd St. I have a valid reason for my lateness, but this client will be very disappointed nonetheless. I decided out of desperation to turn off the main road and try a detour; as I turned though, I noticed a street sign: “NO RIGHT TURNS BETWEEN 10 AM AND 7 PM”.  It was 10 minutes to seven, and I took the risk of turning. Risk it was, because as I turned I saw a cop stationed there enforcing the no turning rule. My thoughts went wild as the cop pulled me over, because in my long history of car servicing, I missed a yellow light, rolled through a stop sign, brushed past the speed limit and failed to signal. So at that point in my driving career, I had amassed the sum of 9 points on my driver’s license for various misdemeanors. But all of them combined, put me almost in the same category as Al Capone, Jack the Ripper, and the Wicked Witch of the West. At any rate, if I got any more driving infractions and points on my license, I ran the very real risk of losing it. That, of course, meant no more driving. No more work. No more income.

The cop approached and went through the standard procedure of giving tickets. I leaned back in my seat and looked at the time. No that wasn’t my biggest problem. My problem so quickly escalated because now suspension of my license was a possibility. The full gravity of being unable to drive and make a living suddenly hit me. I sat there wallowing in depression and self-pity. And then I got mad. I got mad at G-d.

So we (me and the One Above) then had more or less the following discussion:

Me: I don’t know what You want from me. I wasn’t hurting or bothering anybody.

Me: I’m a fairly good boy. I daven, I learn, I give tzedaka. Since everything is by Divine providence, you just orchestrated this whole scene.  What is it that You’re trying to do here?

And now I got really desperate.

Me: OK, look, it says in Tehillim (Psalms chapter 55) “throw your burden upon Hashem and He will sustain you.” So G-d I’m casting my burden on you. It’s all yours. I’m not very good at talking my way out of these things. I’m not a smooth or clever speaker, so this one is on You, G-d. I try and do what you ask me to and now it’s your turn. You’re supposed to supply me with what I need. I do the ruchnius (spiritual service) and your job is to supply the gashmius (material things of this world). I’ve got a wife and children and they rely on my business for everything. So, G-d, please do something.

And then it happened. My dependence, reliance, and trust were deep and complete. He didn’t have to say anything. I didn’t need to hear anything. I just let go of trying to control everything and just let G-d do His thing. A serene calm and bliss came over me from a realization that I couldn’t do anything with my own power. It was out of my control. The cop couldn’t do anything on his own either, he was just a prop in the play. I had passed the problem on to The Higher Power. Only Hashem could save the day. So there it was. Total, complete, and absolute dependence and reliance on G-d, the Playwright, the Creator, the Source and Origin, the One and only One that’s pulling all the strings.

The cop returned, handed me my paperwork and told me “You got lucky this time. The guy we pulled over behind you is wanted by the FBI for murder. We believe he’s armed and dangerous. We’ve called in a swat team and we need to clear the area of all civilians immediately. Take your papers and get out of here.”

I was silent and dumbfounded. Of course I sped off and reached my client’s pickup spot. He was running late himself and therefore my tardiness wasn’t even an issue.

Almost one year later, it finally hit me.

Hashem wants to always do good for us. For whatever reason I had to be tested that day, He had to have a solution readily at hand to save the day in case I had the proper bitachon and resultant merits to elicit that salvation. He had arranged for that murderer to be exactly right behind me and to make the same illegal turn that I made. That way, the pre-planned possible solution was ready to be activated just pending my proper bitachon.

Hashem waits for us to recognize his all-encompassing Providence and place our trust in Him alone. We still have to do all we can and be active, but we must know inside and palpably that:

(2)    Hashem has all the resources at his command to effect a happy outcome for us.

And perhaps most importantly

(3)    He wants us to be happy. He wants to shower us with goodness – even more than we deserve.

And we allow Him to do it through demonstrating Bitachon.