The Myth of Self-Reliance 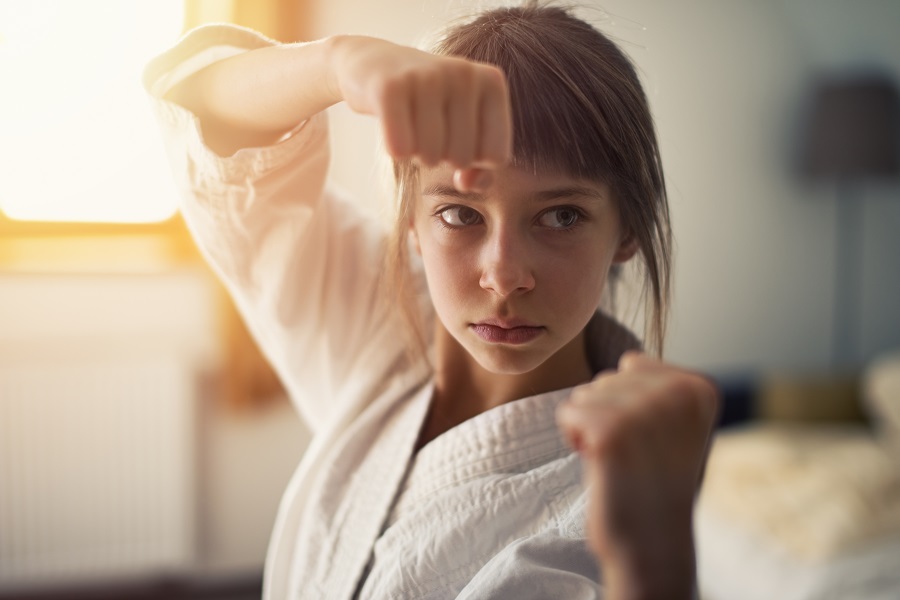 Introduction
As a baal teshuva, I am often confronted with the paradigm shift from living a secular life to embracing a spiritual path.  No where is the dissonance greater than in changing my value system from self-reliance to depending on G-d.  Living an independent life based on reason is diametrically opposed to relying on Hashem and spiritual principals. While Chassidus teaches us that G-d is all, a secular background created in me the determination to manage my own life.  Except for extreme circumstances where Divine assistance was prayed for, I expected to rely on myself. True it is stated “He who created the day, created sustenance for that day” (1), but why would I bother G-d with my daily problems?  My intellectual abilities and my reasoning skills were surely sufficient for decision-making. At that time, being self-sufficient seemed the best way to live; except it did not work.

Self-Reliance
When the scientific method created a new religion out of research and analysis, it discarded biblical truths as outmoded fables.  Logic replaced mystery, and facts were exchanged for revelation.  Rendered mute by miracles, rationalism denied their existence.  The intellect became the apex of human experience.

The self-reliant man, or woman, remains part of that legacy. Making decisions for oneself in the secular world is a hallmark of maturity.  While espousing different theories of development, psychology views a competent adult, an actualized person, as being self-reliant.  Dependency may be viewed as pathology or regression, but it is rarely given value.  The anonymous quote: “If it is to be, it is up to me” sums up the philosophy that self-reliance is the most effective means to achievement and life in general.  It confirms that not relying on outside forces empowers the individual.  Entrepreneurs are laude for being independent risk-takers.  “Pulling yourself up by your bootstraps” is a cliché that has influenced countless immigrants in search of the American dream.  Cultural icons like James Bond accomplish feats of daring on their own.

We are invested in self-reliance as a worthwhile goal, and often disparage dependency as weakness.  Rarely, do we consider the human consequences of denying our need for G-d.  As one example, Karl Marx wrote about religion as a tool of oppression, and posited the government as a replacement for the Divine.  The end result of imposing man-made values on society – the deaths of millions!  History has repeatedly shown us that any moral code constructed by man is doomed to failure.  Human beings cannot rely on themselves and find certitude.

Reliance on G-d
The opposite of a secular life (that is based in the fulfillment of personal ambitions) is an observant life, which for a Jew focuses on the will of G-d, as expressed in the Torah and mitzvos.  These draw us closer to him, and away from selfish desires.  “Chassidim comes to teach that there is life in everything, that there is an omniscient particular Providence active in, and guiding, every detail even the growth and motions of a stray leaf or straw.”  (2)

Once we acknowledge that G-d is in control, and every event is ordained from above, self-reliance is no longer relevant.  In fact, it becomes an obstacle to doing G-d’s will.  Accepting the Torah means we have been granted the gift of a sanctified life and we are relieved of any anxiety over outcomes.  Everything is in G-d’s hand.  The burden of mistakes is lifted, for although we are imperfect he is not , and repentance is possible.  Life expands and more opportunities are presented, because we rely on Hashem.  Instead of reason guiding our lives, G-d becomes the reason for living.

The Rebbe in his December 1957 letter titled “Do Faith and Reason Clash?” states that: “The Jewish way of life comes from G-d and his infinite wisdom.”  (3)  This wisdom urges us to turn to him, and exposes self-reliance as the chimera of an ego-driven personality.  It is too often the result of arrogance and can lead to isolation.  Reliance on G-d however, deepens our faith and joins us to a community of believers.  “In this way the Jew attains true peace of mind and a harmonious and happy life, not only spiritually but also physically and fully realizes how happy one is to be a son or daughter of this great and holy nation, our Jewish people.”  (3)

Bittul and Change
In the process of change, there are several factors that fuel the transition from self-reliance to dependence on G-d.  The Chassidic concept of bittul speaks of the nullification of ego.  It is axiomatic that spiritual greatness is rooted in humility.  We are told that Moses was the most humble man of his time.  What humility means in modern terms is that an individual simply does not have all the answers.  It is precisely this recognition of our human limitations that makes one teachable, and creates a space for G-d to enter.  Since Hashem has given us free will, he will not force himself upon us.  We must essentially invite him in.  Bittul is how we empty ourselves to allow something greater (G-d) to enter.  By diminishing our egos, which attach us to the material world, our receptivity to Hashem is strengthened.  Bittul is a means by which we give G-d room to work in our lives.  We basically step aside from preconceived notions and beliefs.  One a person has been humbled by life, or achieved a level of humility through meritorious living, the demands of the ego lessen and a new path is forged.

A person must be willing to rely on G-d, rather than their own understanding.  Bittul leads us to that willingness.  By emptying oneself of past attitudes and behaviors, the individual is able to give themselves over to G-d and live differently.  This willingness to depend on Hashem also implies a deep sense of trust.  The Talmud relates that the Red Sea did not open until one Jew heeding G-d’s word jumped in.  Each of us in life will face existential moments when faith is the only antidote to desperation.  The quick fixes of secular society provide no solutions.  Trusting in G-d provides a blueprint of solutions, the Torah.  That is why for those of great faith life is always positive and filled with blessings. As the Chassidic master Rabbi Nachman taught “There is no despair in the world at all!”  (5)

Humility, willingness, and trust are the components of change made possible by bittul.

Summary
The Divine plan for my life is certainly not what I expected, but it is what I am most grateful for.  Depending on G-d has brought me to a place of serenity and contentment.  My life has improved immeasurably because I let go of the reins and listened to his guidance.  Today I believe that self-reliance is an illusion; a myth created to bolster the ego. It distances us from the Almighty because we attempt to do his job, rather than doing his will.

Because we are created in G-d’s image we will always yearn for connection.  As I continue to study, to learn and to grow in understanding my need for G-d deepens.  The Torah teaches me that the Creator of the universe cares about my spiritual well-being – cares about my life – cares about me!  Chassidus tells me that “Each Jew is a precious jewel, set in the diadem of the King of kings, our loving father, G-d”.  (6)  It is an honor to serve this G-d.  What possible appeal can a self-sufficient life offer to those who know the truth of G-d’s love for us?  I am sure the answer is none at all.

For those Sages and Rebbes whose lives were lived close to Hashem, and by their example elevate us all, I feel a profound debt. Even greater is what I owe Hashem, for reaching out to me where I stand and accepting me as I journey home, inspired by the heartfelt cry of the Alter Rebbe:  “All I want is you, all I want is you!” (7)