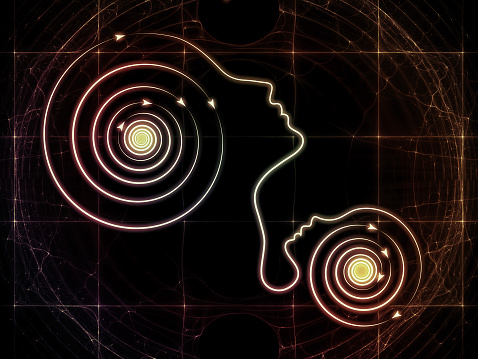 For the first three months, everything was fine. Then, one day, my wife came home from work saying that she felt really unlike herself. The next day, she found herself inexplicably crying. A week later, she was having daily visions of throwing herself in front of a Subway car and ending her life. Maternal Mental Illness (MMI) entered [1]our happy world as suddenly as the train cars which haunted Liora’s dreams. Our young son, Naftali, had just struggled so hard to enter this world, only to find that his mother was now struggling so hard to remain in it.

A month after it began, Liora’s illness became so severe that I became, in effect if not in reality, a single father and a working father simultaneously. Additionally, and most importantly, I became a near-full time caretaker for Liora. The upset of the balance in our marriage was difficult to manage – and I searched desperately for some spiritual way of understanding our predicament. How do I act as an effective caregiver when I sometimes have so little to give? How do I care for someone I love when they are their most vulnerable without becoming resentful? And how do we move on, now that Liora has (barukh haShem ) healed from her illness – how do we realign ourselves outside of the boundaries of the cared-for/care-giver relationship?

So many people find themselves in a care-giver/care-receiver relationship with people they love. Parents will care for children and children for elderly parents. Husbands will often find themselves caring for wives and wives for husbands. The travesties of disease and tragedy strike equally – and many must come to understand: what does it mean to be a care-giver, and what does it mean to be a care-receiver ?

I began to find an answer in the discourses of the Rebbe Rashab, R’ Shalom Dov-Ber Schneersohn, the 5th Lubavitcher rebbe. Specifically, in the midst of his deeply esoteric comments on the weekly parasha most often called Ayin Bet (72, after the year that he began the series, 5672 [1911-12]), I found a fascinating and innovating reading of what it means to give and what it means to receive. Embedded in his erudite reading of the Kabbala is the concept of teshuqat ham’qabel,        or, ‘the receiver’s desire’. This idea can help us to approach the situations in which one loved one must care for another; whether we are the provider or the recipient, the approach of Chasidut toward the relationship between the giver (mashpia ) and the receiver (meqabel ) provides profound insight into the meaning of what it is to be vulnerable humans who more often that not, depend [2]deeply on one another.

Rebbe Rashab’s chiddush (insight) into care-giving and care-receiving comes from his understanding of the idea of bittul (abnegation). Chasidut, following in the steps of Kabbala, affirms that self-abnegation is a critical piece of a spiritual life – we can not search out haShem until we can move beyond our2      selves . The practice of abnegation operates on two levels: existential abnegation (bittul b’metziut ) and personal abnegation (bittul

ha’yesh ). Personal abnegation is accomplished by defeating the ego – by transcending the desires of the self to give to others (and connectedly, to haShem) . This is where he helps us to understand what it means to give and take, to care and be cared for.

He tells us, in the abstract language of kabbalistic theology, that the person receiving care (the receiver) bears the burden of practicing bittul (abnegation). He writes:

(and won’t want to), then when there is a receptacle, there will be a giver who will given even more…[4]

This seems rather esoteric (the Zoharic Aramaic doesn’t help!) – yet the ideas are actually very straightforward. If a person who is receiving something can make themselves into a receptacle (a vessel of reception) through abnegation, then they awaken the impulse of the other to give. To put this in entirely mundane terms, this is what happens when someone you love puts the milk carton back in the refrigerator empty. By making what was once full (of milk) into an empty vessel, it awakens the desire of the giver (ie. the person who now has to buy milk) to fill it. Now, is that really the analogy we need to apply to taking care of one another as humans? There may be better ones, but the point is the same – a person who becomes a caretaker will not grow resentful so long as they feel that what they are giving is needed .

Often when we are vulnerable, we find ourselves enmeshed in complicated emotions: guilt at needing help, embarrassment at our situation, fear of being taken advantage of. Yet, all of those things block our ability to actually receive. It is only when we can practice the discipline of bittul ha’yesh , of self-transcendence, that we can be a vessel for receiving care. That’s not to say that the person in need bears sole responsibility for making sure they are cared for – rather, the way in which one enters a relationship as a care-giver or a care-receiver affects the nature of the care and of the people dramatically.

Rebbe Rashab tells us a bit more about what he’s envisioning a few paragraphs later:

“It may be that the desire of the receiver immediately awakens the descent and shrinking of the giver, and the receptacle will actually draw down what can be given – so much so that the receptacle will be revealed and the giving multiplied – but [this can only occur] when the abnegation of the individual makes it so they will be a receptacle, and thus they will cause the giver to give…”[5]

Meaning, that one who is in need, one who can accomplish the lofty goal of self-transcendence, stimulates a spiritual system in which the giver is almost compelled to give. Much of the problem with loved ones caring for one another is in fact that the care-giver may use the opportunity as a chance to gain a sort of emotional ‘capital’ over the other person. This is how people end up using the language of ‘oweing one another’ for what should be a totally natural process. The truth is that someone in need, who makes themselves capable of receiving, will naturally stimulate the desire of others to give.

This is not to say that we must create an emotional dependance between the care-giver and the care-receiver. In fact, Rebbe Rashab addresses that directly, when he says, “…. although- the abnegation of the receiver into the giver will cause a stop and a blockage to the distribution of the gift….”[6] The preposition             into there is key. What he is describing is not an exploitative relationship, or one based on the vicissitudes of vulnerability that come with needing care. Rather, he sees the relationship between care-giver and care-receiver as being something archetypal – a spiritual mechanism which exists beyond our understanding. It is modeled perhaps, between God and humanity, but it is applied, between one person and another.

What does this mean for us as care-receivers and care-givers? Here’s what he seems to suggest in practice:

-Attempt to practice bittul ha’yesh , to transcend oneself. Don’t get bogged down in guilt or shame. Don’t be too proud to accept help. Don’t let your ego stop you from asking for what you need. The system starts with you. The receiver’s desire (teshuqat ham’qabel)         stimulates the entire system. If you allow yourself to be vulnerable around those who care for you, you can make yourself into a receptacle which is capable of containing their love and caring.

must care, and must do so without reservation. Your caring does not come from you , it comes from them . Their need for help activates your ability to give help. Don’t let someone’s misfortune enflame your ego.

As I cared for my wife through months of debilitating illness, I never stopped to think about why I was doing so. It seemed so abundantly necessary – so much so that when people asked me whether I felt resentful, I didn’t even know how to respond. You can only feel resentful if you feel like you deserve something different. The biggest message that the idea of teshuqat ham’qabel    has for us is this: you should care because someone needs you to – that doesn’t entitle you to anything or ask you of anything. All you must do is be able to see beyond yourself, be able to see the the person in need as a chance for you to fulfill that most basic of functions provided by our God-given soul: love.

[1] Although traditionally talked about as Post-Partum Depression, the language of Maternal Mental Illness is more inclusive – as it contains both the pregnancy and the period following it, as well as containing both depression and other forms of mental illness.

[2] See the second section of Tanya , where bittul is discussed extensively

For an excellent application of this, see R’ Levi Yitzchaq of Berditchev, Qedushat Levi, p. 324

[3] Zohar II:186b, the implication of this quote being that giving to someone who isn’t prepared to receive is fruitless. Just as you wish to speak to people who are listening to your words, so too you give to those who are able to receive your love.