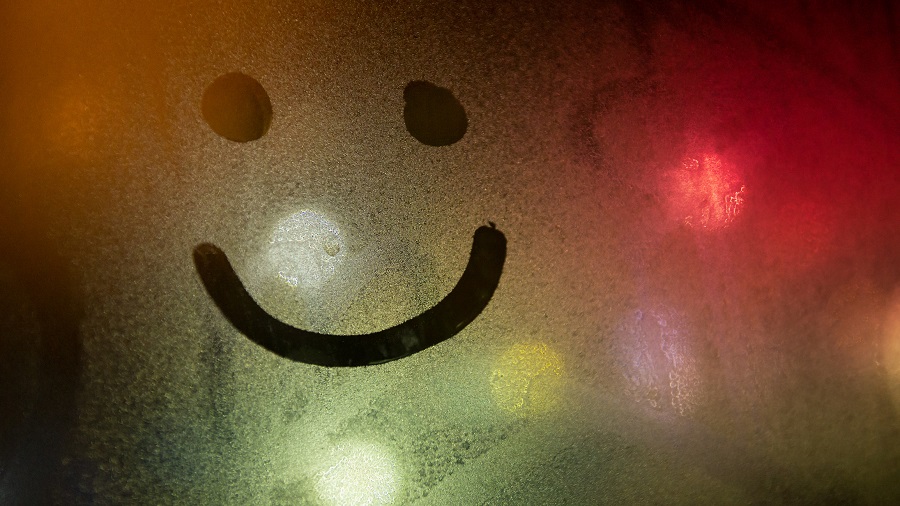 “Mi shenichnas adar marbim b’simacha – when the month of Adar comes around, we add in happiness.”

Unfortunately, I have seen throughout my life, many unhappy people- people that seem to have everything set in place for them to have a happy life. Wonderful families. Comfortable living. Good relationships. Meaningful Days. Yet, for some reason, despite all the goodness, they just are not happy. Learning Chassidus has infused real happiness into many aspects of my life. Because Adar is here, and the whole concept of Adar is to add in happiness, and being happy is also a great mitzvah, I thought I could try to share the potential happiness with others.

As a kid in school, we learnt the story of Yosef Hatzadik. As a young child his mother died. His brothers sold him as a slave. He worked incredibly hard in the house of Potiphar. He was accused by his master of a sin he did not commit and sat in prison for 12 years for it.  He eventually worked his way up to becoming chancellor of Egypt. When the opportunity presented itself for him to have the upper hands over his brothers’ fates, he surprisingly accepted what they did to him as part of G-d’s plan and did not seek to punish them severely.

This story always left me astounded. Yosef’s brothers made his life a torturous one for so many years; and he forgave them easily. My friends insult me slightly and it takes a long time for me to forgive them. Where does Yosef get such strength of character and such faith from?

When I started learning the daily Tanya, I began to learn some  really valuable lessons. Now in the second chapter of the second part of the Tanya, the Alter Rebbe makes a controversial statement. In his days in the 18th century and in our days as well, many believed in G-d but claimed that G-d has left us to be on our own, without any assistance. They claimed that the only way that bad things happen, is because G-d abandoned the world once he created it. The Alter Rebbe said these claims have no basis because they compare G-d’s work of creation to the work of man; just like when a man makes a utensil or a piece of furniture, he can leave it be and it’ll still exist, so too G-d’s creations can be left alone and still exist. These claims miss the fundamental difference between the work of man and the work of G-d though. While the work of man takes already created material and forms it into something new, G-d created the material itself from absolutely nothing and therefore must constantly maintain and recreate every moment.  This means that not only is everything created by G-d, it is recreated by G-d consciously at every moment and therefore has paramount significance to the master plan of the world.

In his book “Toward a Meaningful Life” Rabbi Jacobson writes: “Birth is G-d saying you matter”.  It doesn’t matter if other people think you’re not important, if the creator of the universe continues creating you every moment again and again, that means you are important to him and that’s all that matters.

Anything that ever happens is intentionally being recreated by G-d every moment. For example, if someone insults you or does something unpleasant to you, the power of speech or the power to do what they did, is mandated to them by G-d every moment again. So if G-d didn’t want that to happen to you, he wouldn’t have given him the power to do it in that moment. He wouldn’t even have to take away the power to do it, he would just have to stop creating it. The fact that the power of speech was created for that person in that instant shows us that the possibility for him to insult was given to him by G-d is in some non-understandable way a part of G-d’s master plan.

When I was a kid and first heard about this idea of G-d creating everything at every moment, I kept looking at my hands. I thought maybe at one moment G-d would stop creating my hands. Then I thought about him creating my whole body, and even the entire world every moment from nothing. The more I thought about it, the more my fear and anxiety started to disappear. I started walking in the street at night, without a care in the world. I would think: “G-d creates everything every moment again. Nothing is going to happen to me unless G-d creates it at that moment. What is there to worry about? Everything is being intentionally created by G-d, so he’ll take care of it.”

But what about the times when bad things do happen. Even in everyday life, there are things being created by G-d at that moment, that are annoying and creep under our nerves. It could be one of your in-laws giving you a hard time, it could be someone at work being completely disrespectful or taking advantage of you, or sometimes your plans just get ruined and it doesn’t go the way you intend. The Alter Rebbe writes in Tanya Perek 26 and 27 that no bad comes down from heaven, everything that G-d does is good. Sometime it may look bad because it comes from a higher world that is higher than revelation and can therefore only manifest itself in this world in darkness and materialism.

The Alter Rebbe provides an example in Tanya that explains this concept. If a non-Jew is bothering or disturbing someone during prayer, it should not only not decrease his devotion, rather it should push him to pray with more devotion than before, for G-d only creates things that add in holiness. Therefore, if something is happening to you, even something that looks like the opposite of holiness, it’s true purpose is to add in holiness. The medrash 51, 3, states “no bad comes down from above”. The only reason it may appear to be the opposite of holiness is because it comes down to a lowly and dark world, which is not holy, so the holiness can take on the image of the opposite. When a person stands strongly with knowing the truth, that it is only coming to push him forward in holiness, then the darkness that hides the good in it will disappear, and it be revealed that it is coming to push you forward in holiness. as it states “before the truth, all is nullified”.

The Alter Rebbe also says in the second chapter of Tanya that Jews have “a part of g-d above, literally”. G-d creates everything from the light of his being , but his actual being is higher than creation, and to him, it is as if it was never created, as is stated: “I G-d have not changed.” His creations and actions do not affect him. So every boundary he created does not bound or limit G-d himself, and because we have a part of G-d himself, then no boundary can limit us either. So why does g-d give us challenges to limit us? Does he want us not to fulfill His will? The answer is that the challenge is not to stop us, but to awaken our inner part of G-d to overcome the challenge and have a stronger resolve to do what G-d wants.

Every challenge you ever face is only coming to awaken your inner soul, but not to push you down. Don’t blame events or people for things you can’t do. You can do anything. Remember you have part of G-d above, which no challenge can limit. Yes, sometimes there are challenges which are terrible and people can not see any good in them, but as it states in the medrash 13, 3, “Hashem only asks from you what you can handle”. So, remember it is from Hashem, and “no bad descends from heaven”.

Don’t spend every day waiting for the day to end. Every day is a gift from G-d. Don’t spend your life waiting for a time where you can be happy. There is a song “there is no road to happiness, for happiness is the road” Enjoy every day, for everything that happens is from G-d and G-d only gives the best. Hashem wants you to be happy, it’s even a mitzva. and whenever there is something that looks like it’s trying to upset you, remember that everything is being recreated by Hashem and everything he does is only good. Since it came into a dark world, it might look bad, but it’s true purpose it good and to add in happiness and in holiness. So, instead of being upset after something bad happens to you, like you spill something on yourself, or you miss your flight, or you’re fed up by a coworker, remember it’s from Hashem and it has a perfectly good purpose. When you realize that nothing is trying to stop you or make you upset, it’s just trying to awaken your inner soul, the bad inside will fade away and you will be much happier and much more successful.

I would just like to end with a short story. A few days after Succos, when school started again, we went to the Ohel. We just finished one of the most joyous parts of the year, and I was really sad going back to school, with Tishrei being over. As we exited the Ohel, I was watching the video of the Rebbe playing in the front. The Rebbe was speaking of “being happy on the festival of happiness”. The Rebbe said, “if you really want to be happy, you have to first bring happiness to someone else, and then Hashem will bring you happiness.” G-d imitates our deeds, if we have mercy on another Jew, he will have mercy on us. If we make other people happy, He will bring us happiness. And Hashem will give us much more than what we gave.

Wishing you all the blessings and success in everything you do, and may you experience true happiness in spirituality and physicality.