Question: Even the energy of Atzilus is infinitely distant from the source (as it says that wisdom (including the energy of wisdom, not just the container) comes from “ayin”). How then can we explain that the transcendent energy (the sefirot), which is connected with and reveals its source, is shapeless, bli mah (in contrast to the containers which are infinitely distant from the source)?

Answer: We must say that also the energy in Atzilus has a shape and the properties of ten sefiros, and is not entirely shapeless like the shapelessness (peshitus) of the actual divine infinite light (like in atik and akudim, where the ten sefiros are only on the energy level). Because if the energies were was truly infinite and shapeless they could not manifest and be contained by the finite containers. Infinity cannot fit into the finite.

Elsewhere is explained that the containers are not actually finite but “finite power,” but this finite power does impose parameters on the energy, causing it to be defined by an identity (chochma, chesed etc.), as well as limiting its flow outside of Atzilus, in contrast the “finite power” (the reshimu) as it is before the tzimtzum, which is 1) one with the divine infinite, 2) completely submerged and concealed in the infinite energy. 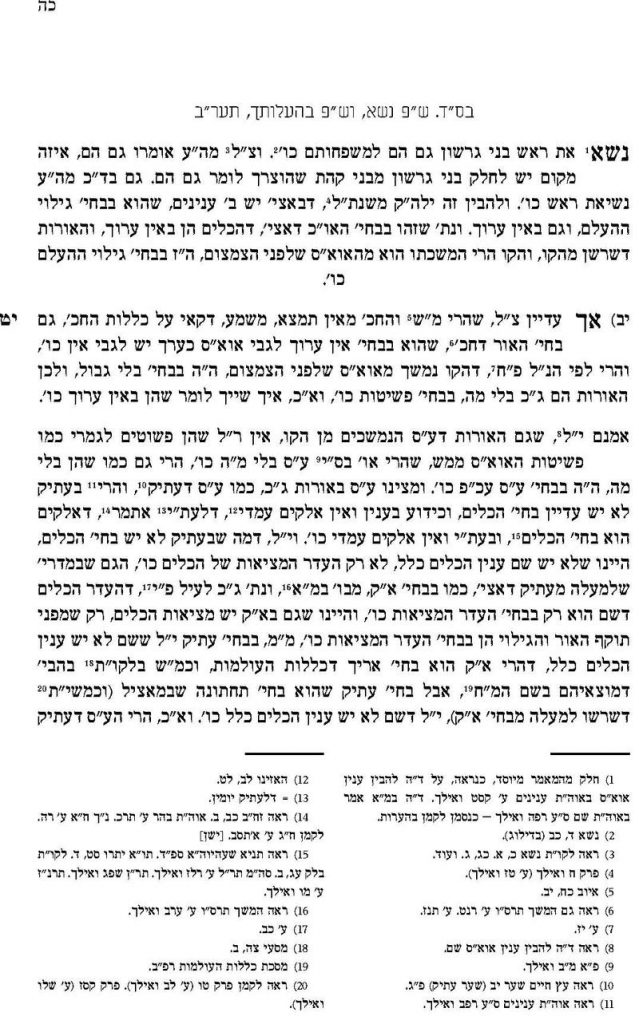 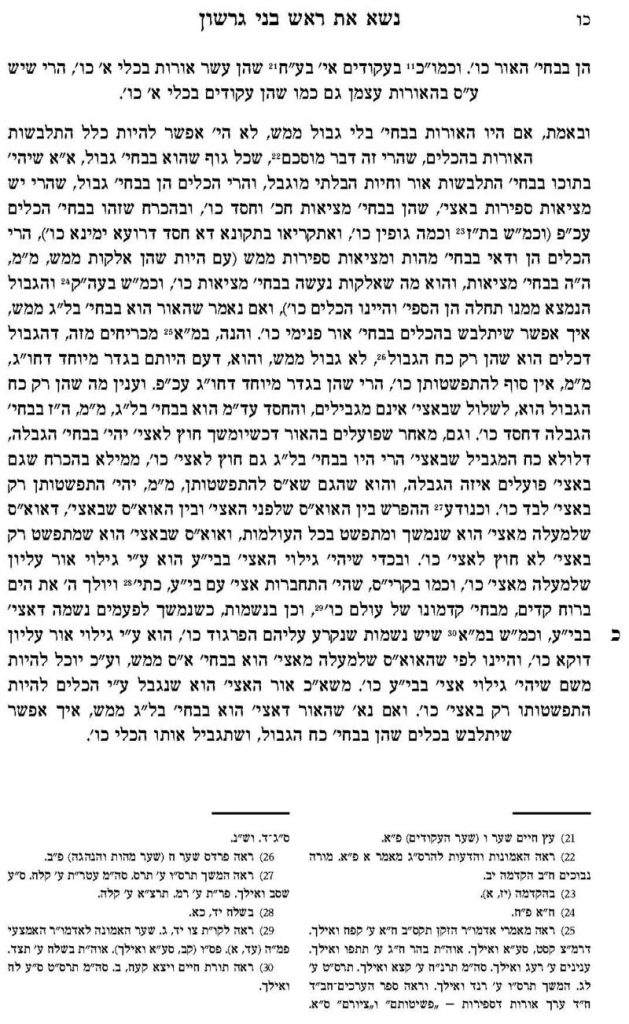 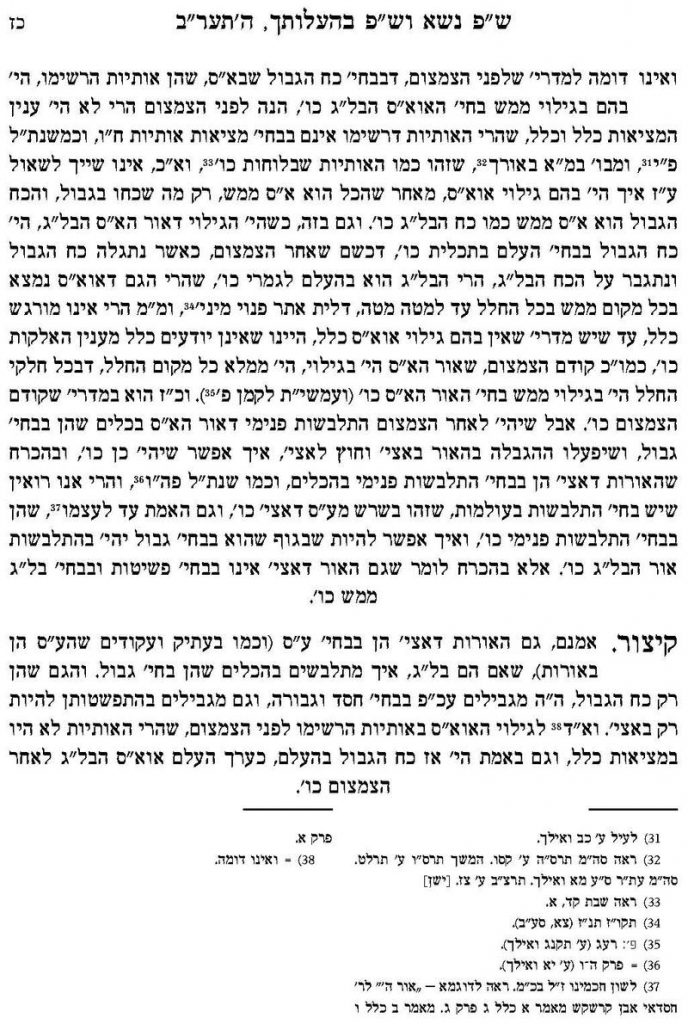 Atzilus, energy and containers of Atzilus.