In contrast to the level of “daughter” (the state of the exiled soul, which does not have its own power to ascend, and is dependent on Torah for its elevation) the level of “mother” (binah) is an elevated spiritual state, in which — on the contrary — the soul actually transmits to (and elevates) the Torah.

Both souls and Torah “precede” (are above) existence. At times we find that souls are higher than Torah, like a groom which transmits to the Torah as bride; and then we find that Torah is higher than souls, and binds souls to the divine. The explanation in this is that it depends on which level of the soul is being discussed:Torah is higher than the dimension of the soul that manifests in a body — nefesh ruach neshomo, the service within the structure of mind and heart. Because Torah is rooted in chochma of atzilus, which is higher than the mortal comprehension of souls (even of exalted souls) who can only perceive the existence of the divine not its inner personality. Due to the soul’s manifestation in a body and animal soul, which conceal the soul’s energy, the soul needs the Torah’s help to connect to the divine. And especially, a weakened soul.

But the root and source of the soul, which does not manifest in the body, is higher than chochma; this is the supra-rational service of “desire of the heart” (re’usa d’liba). In relation to this level the soul is higher than Torah and transmits the divine essence into the Torah.

This is the level of “mother”, who blesses her child. And due to this binah (mother) is in a state of “masculine” maturity, transmitting the divine essence into z”a. 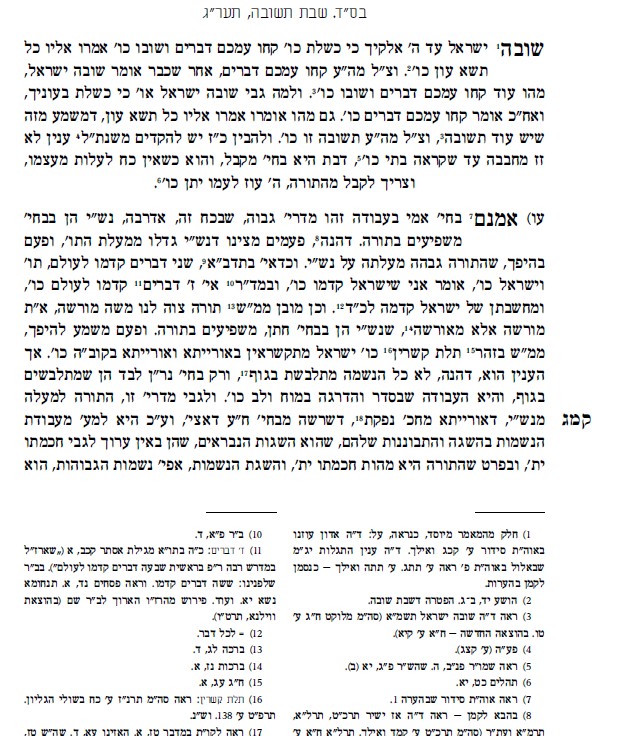 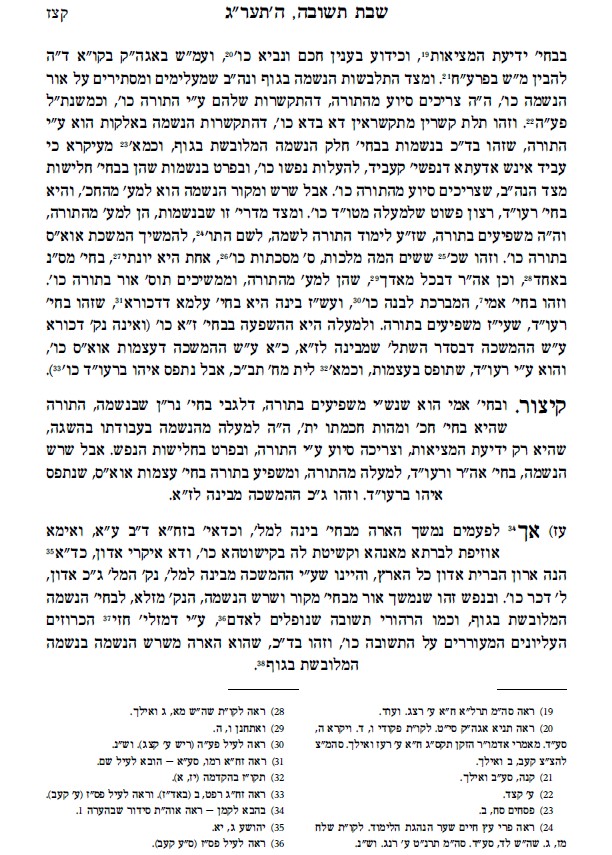