The purpose of the internal energy (pnimn) is to serve existence: the emotional sefirot are needed for creation; the intellectual ones bring about revelation. However the transcendent energy (makif) does not serve any purpose other than reflecting its source.

Based on what was earlier discussed (in chapter 8) that Atzilus serves two functions — 1) to create the worlds of Biy”a, and 2) to reveal the divine in Biy”a — we can also say, that the same is true with the root of these energies in the ten hidden sefirot (the macro-cosmic Atzilus), that seven lower sefirot (“garmuhi”) serve the creation, and the three upper ones (“chayuhi”) reveal the divine.

On the other hand, unlike sunlight, whose function (for which it was created) is to of illuminate earth (similar to the immanent light whose function is to illuminate existence), the transcendent energy (ohr makif) does not serve any purpose other than reflecting its source, like the color of an object or the glow on a face. This energy is also willed by G-d, but its role is to simply reflect the divine, and as such, can exist even without existence of the worlds.

This is the level of “light created on the first day,” which allowed Adam to see from one end of the earth to the other: Rooted in the transcendent light, this light is not bound by the parameters of conventional light and by any gradations and distinctions, and thus shines everywhere equally.

According to this we can say, that in their pre-tzimtzum root sunlight is the level of immanent energy in which the divine envisions,and defines within Himself, the structure of existence. This the ten hidden sefirot — from where the kav transmits, which radiates each level of existence with its particular measure and parameter. The “light created on the first day” is the transcendent and boundless energy, which just reveals its source, and is not defined by any measure and parameter; it radiates everywhere equally, and does not manifest in containers.

[This concludes the primary discussion (that begin in chapter 2) of the immanent energy, and continues with the focus on transcendent energy, albeit as it is compared to the immanent light]. 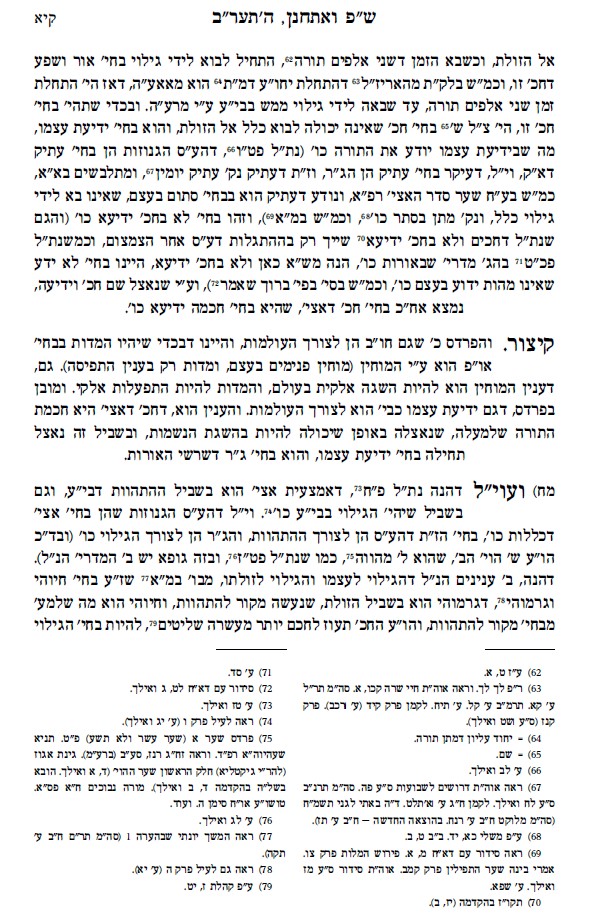 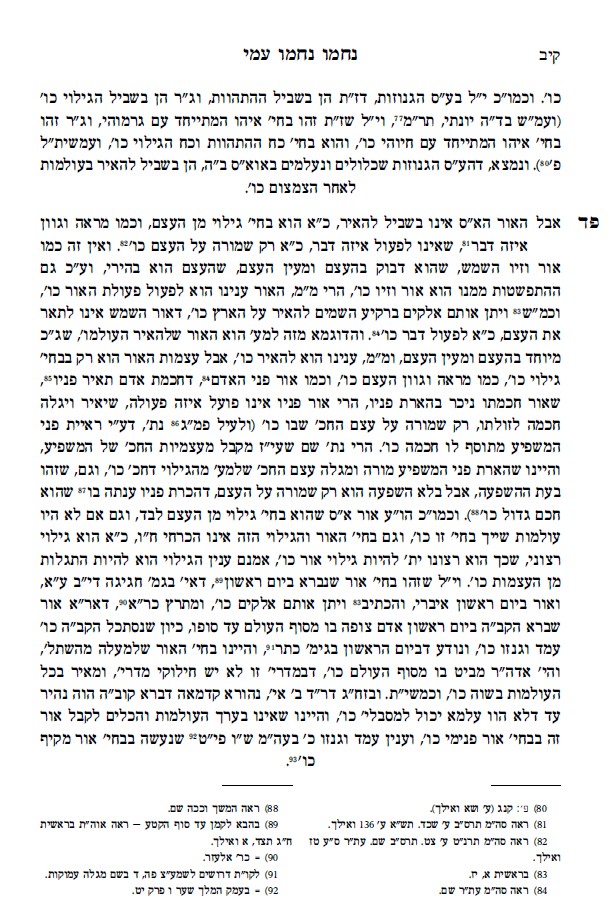 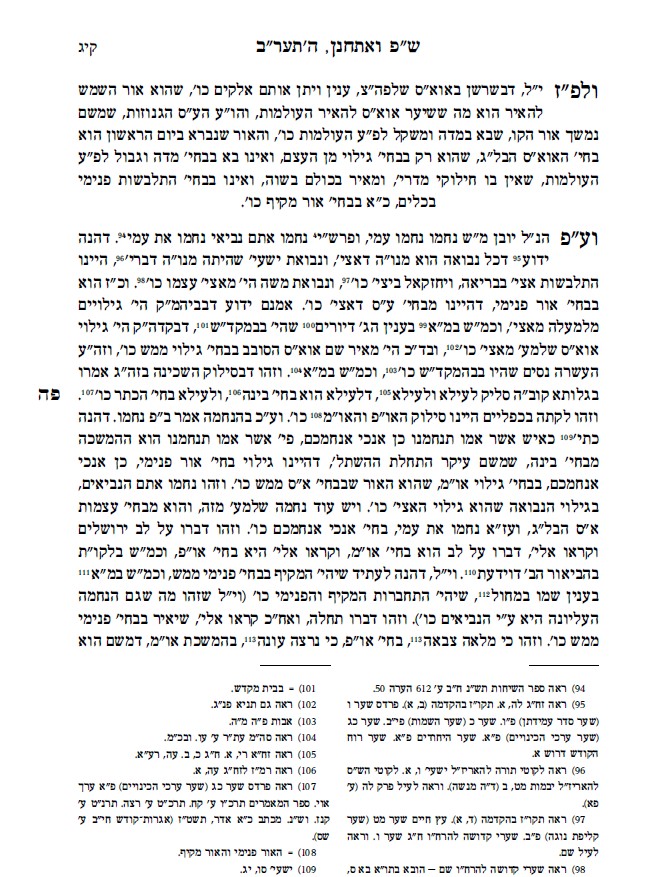 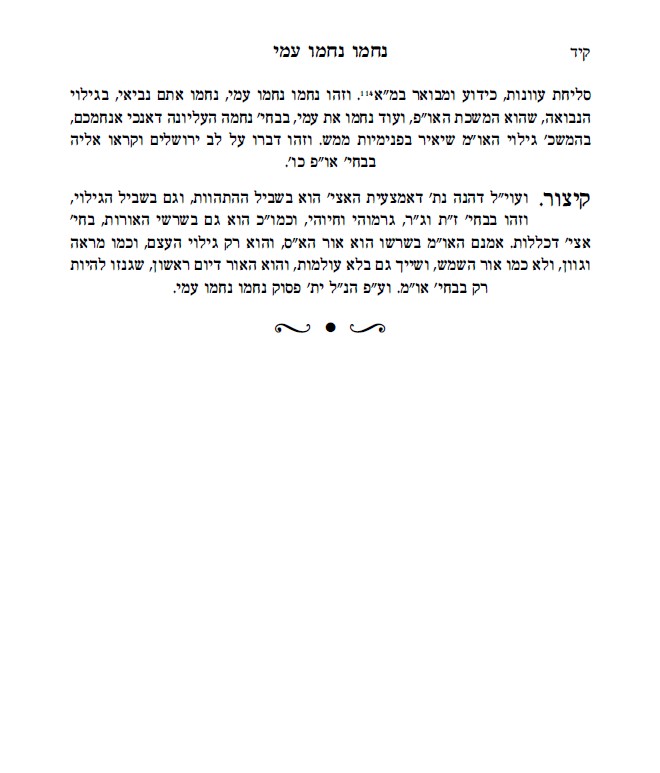 An example that can help understand the “light created on the first day,” which allowed Adam to see from one end of the earth to the other, are light waves and air (sound) waves, which transcend the conventional parameters of time and space that confine our vision in regular light (and hearing of regular sound). Our eyes and ears can see and hear sights and sounds that are within a limited proximity to us. Using the technology of light waves and air waves we can pierce walls and transmit sights and sounds that reach far distances — via TV, radio, Internet — literally “from one end of the world to the other.”