A”k’s impact on existence: concealed and unconscious bittul, but it has the impact of us being able to receive divine life.

We can understand the impact of Adam Kadmon (or abbreviated as A”K) on existence based on the concept that “the entire structure — of A”K — shall prostrate before you.” Due to its close proximity to the divine, A”K stands in complete subjugation (bittul) to the divine. And this subjugation effects all the worlds, because A”K is like a blueprint – a snapshot – that encompasses all of existence. However, this bittul embedded in existence is very concealed and not consciously felt by existence, because the “image” of existence in A”K is in a state of “makif,” transcendent and beyond the consciousness and awareness of existence. As such, the “one glance” and knowledge of A”K (which knows and sees every detail of existence) has no impact and influence on our free will to choose as we see fit. (Even though the divine knowledge alone, in its omnipotent power, can create existence, that is only “after” it arises in His desire to create, but before that, though He knows it all, His omnipotent power also has the ability that this knowledge not create). To the extent, that one can choose the opposite of bittul and completely separate from the divine.

One can say that this bittul (of A”K) in existence allows it to receive life which comes from the divine source. Bittul – receptivity – is the container to receive divine life, therefore even the “other side” must have some form of bittul and subordination). Yet, it is completely concealed. 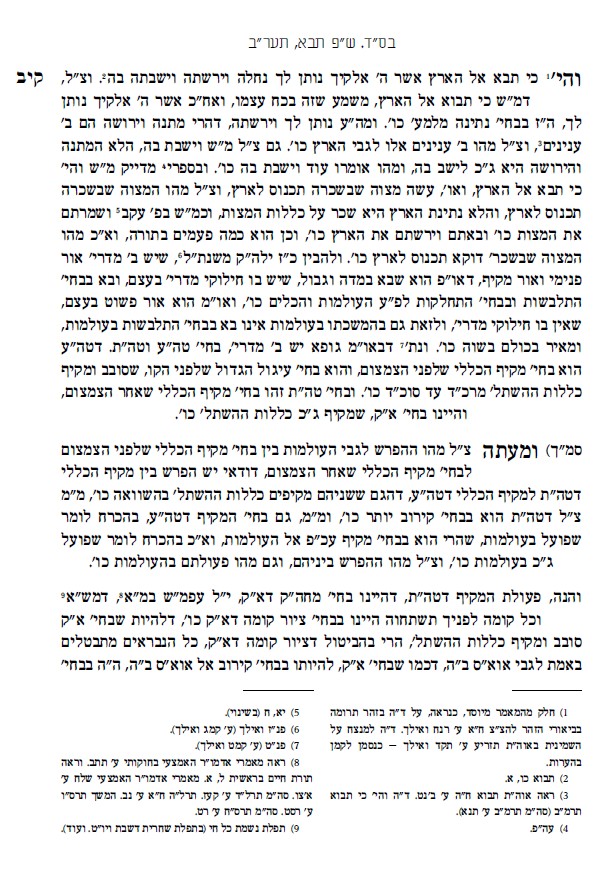 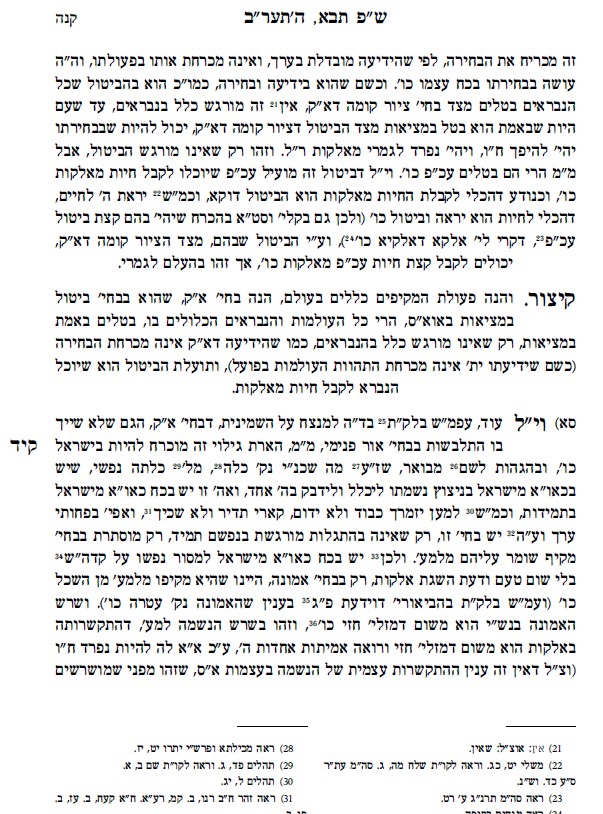 This chapter can be properly understood after studying its sources. The central theme of the chapter — the impact on existence of the general makif, the all encompassing transcendence of Adam Kadmon (tehiru ta’toah) — is based on the Alter Rebbe’s discourse of Shabbat Parshat Tisa 5565 (Maamorei Admur HaZakon 5565 pp. 326 (two versions, with one being the hanocho written by the Mitteler Rebbe). The Tzemech Tzedek’s version, with additions, is in Biurei HaZohar pp. 256.

The overall discussion in this discourse is an explanation of the nature of Adam Kadmon, its role and impact on existence. Adam Kadmon — lit. “primordial man” — is the first entity to emerge after the tzimtzum. It is the general plan and Divine will to create (tehiru ta’taah); the macrocosmic snapshot of all of existence — encompassing the entire structure of all time and space in one picture, “He gazes and sees to the end of all generations…with one glance” (Talmud, Rosh Hashana 18b). Yet, the “image” in Adam Kadmon (or abbreviated as A”K) is a state of “makif,” transcendent and beyond the consciousness and awareness of existence. As such, the “one glance” and knowledge of A”K (which knows and sees every detail of existence) has no impact and influence on our free will to choose as we see fit.

The beginning and continuation of the discourse of the Alter Rebbe — discussing the idea of G-d looking into the Torah and creating existence — is cited later in Ayin Beis chapters 169-170.