Transcendence has a relationship with immanence. Thus there are levels in transcendent energy commensurate to the immanent energy. Yet, from the perspective of transcendence even the immanent (which is shefa from its own persective and ours below) is like light.

Question: Since transcendence is an equalizing force in all of existence, how then do we explain the different levels of makifim (transcendence), each one specific to its “world” – keser of Atzilus, keser of Beriyah, all the way to keser of Asiya?

Answer: Transcendence has a relationship with immanence. As discussed earlier (ch. 52) that desire (transcendent energy) contains and informs all the faculties (though none of them contain and affect desire). And (ch. 27) that the immanent energy is rooted in the transcendent energy, i.e. the ten hidden sefirot are actually the infinite energy “envisioning” within itself (shiur b’atzmo) to radiate and manifest in parameters. Thus, there are levels in transcendent energy, each level commensurate to the immanent energy it relates to; each desire encompassing and relating to the particular object of that desire — both the overall desire (makif kloli) for all of existence, and the specific desires (makifim proti’im) for each particular world (the desire for Atzilus, the desire for Beriyah, etc.).

The macrocosmic transcendent energy (makif ha’kloli) is the simple/seamless desire (rotzon ha’poshut) for existence, which “arose” in the pre-tzimtzum infinite energy. This is the level of “galif galifu b’tehiru il’aah” (engraved an engraving in the higher purity), the “estimation” — the “image” envisioned (shiur atzmi b’koach) of the entire existence and cosmic order. At this stage the transcendent energy encompasses equally everything that will come into being (we can’t even call it sovev/transcendence until after existence comes into being).

And even though the transcendent energy envisions the (root of the) ten sefirot, nevertheless the energy is not manifest, contained and defined by them, like the desire that contains and controls all the faculties but is not contained by them. From the perspective of the hidden sefirot and surely from our perspective there are ten sefirot and a structure. But from the perspective of divine transcendence even the immanent (which is shefa from its own perspective and ours below) is like light (ohr), a one indivisible omnipotent and all encompassing reality, which has no distinctions, and is all (including the immanent) in a state of ein sof.

Just as this pre-tzimtzum transcendent energy (even as it envisions existence) remains beyond existence, so too after existence comes into being (post tzimtzum) , the level of infinite divine energy remains a force that transcends (sovev and makif) all of existence. This is the level of the “great sphere” (iggul ha’gadol), preceding the ray of light (kav), which encompasses and surrounds the entire cosmic, from the highest to the lowest levels, equally.

Similarly, Adam Kadmon (lit. “primordial man”) — is the level of tehiru ta’taah (the lower purity or shining), the macrocosmic transcendent energy (makif ha’kloli) after the tzimtzum. It is the primal divine thought and will to create, which also encompasses and surrounds all of existence equally. A”K is the macrocosmic snapshot of all of existence — encompassing the entire structure of all time and space in one picture, “He gazes and sees to the end of all generations…with one glance” (Talmud, Rosh Hashana 18b). And it transcends them even after they come into being (the circles of A”K reach to the bottom of Asiya).

According to the above we can understand the opening verse (of this discourse) “when you will go out to wage war upon your enemies,” which refers to the war with the animal soul: War is only possible on the level of the immanent and conscious faculties, which due to their being manifest internally in containers are in a state of diminished energy, which continually weakens, making them vulnerable to attack by an enemy.

We thus have the rational work (avodah al pi taam v’daas) to refine the animal soul, through prayer and divine contemplation, each person according to his level, with the objective that the natural mind should comprehend and appreciate the divine and its qualities and virtues, which in turn elicit a love and yearning to G-dliness. Initially, this begins through submission to the divine soul, not to be an impediment; until the animal soul comes to desire the divine on its own. All this work is a battle (the time of prayer is a time of battle), yet the divine soul is given power from the transcendent energies of the soul to dominate and overpower the animal drives. This in turn, empowers the divine soul with the powerful energies of the animal soul, like the superior light that emerges from darkness.

Then the verse continues: “and G-d will give him [the enemy] in your arms.” The first stage — going out to wage war — is our effort in a form of sublimating the animal drives (iskafya). The power of the transcendence energy is still concealed. This in turn causes G-d to give us the power to vanquish and transform the enemy (ishapcha) from darkness to light, which is only possible with the power from above, but one that results from our efforts below. Similarly, our work and battle all year round on the immanent level, through “circumcising” the blocks in our heart, brings about the revelation from above – G-d “circumcising” our hearts – in Elul (whose acronym is “es levavcha v’es le’vav”) and Rosh Hashana and the Ten Days of Teshuva, which awakens our hearts to the divine. 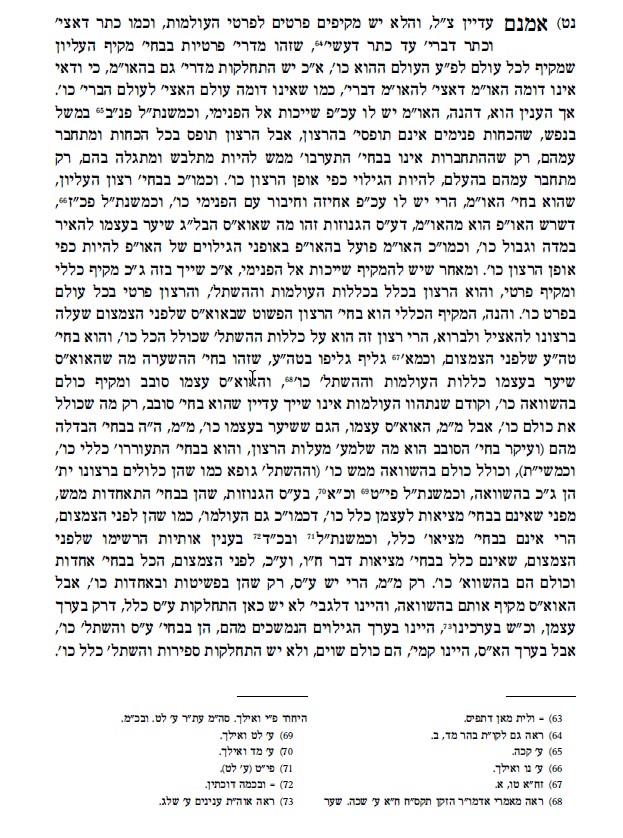 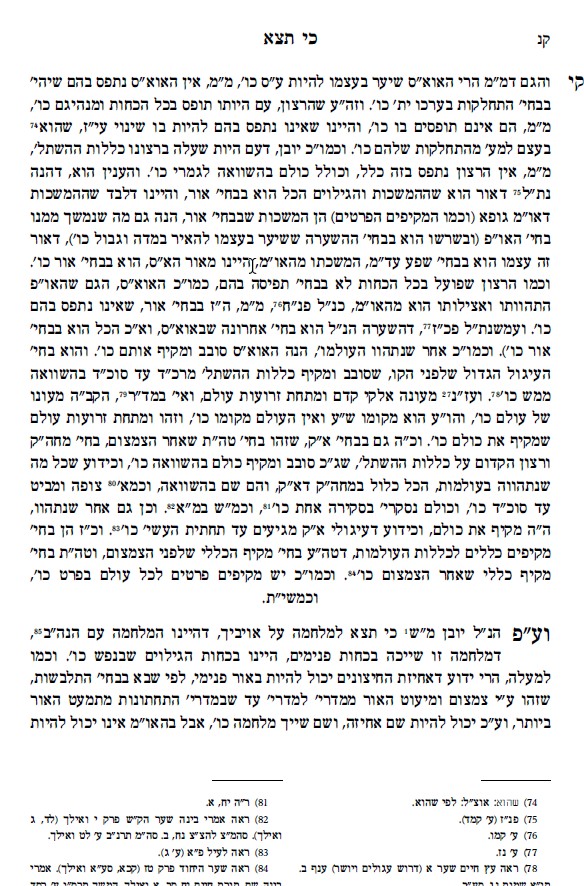 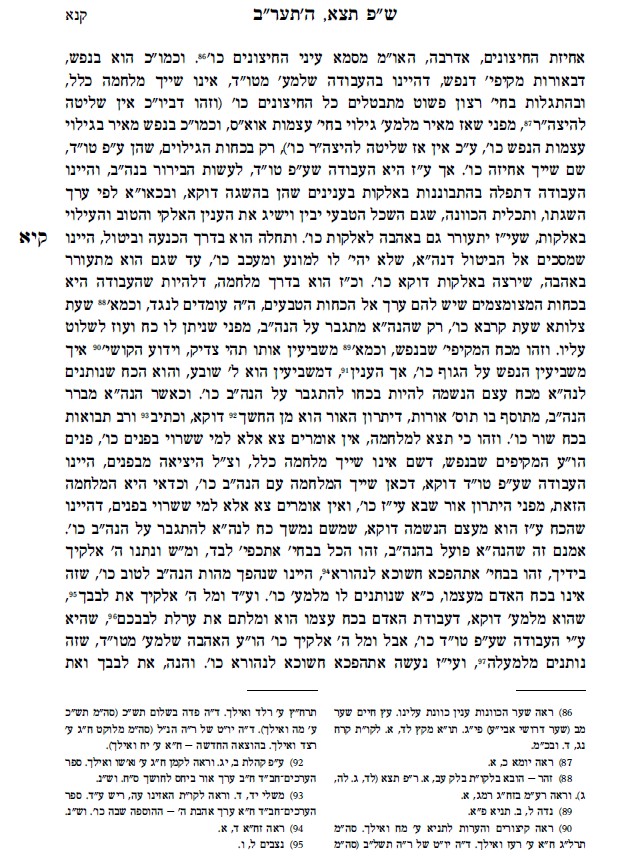 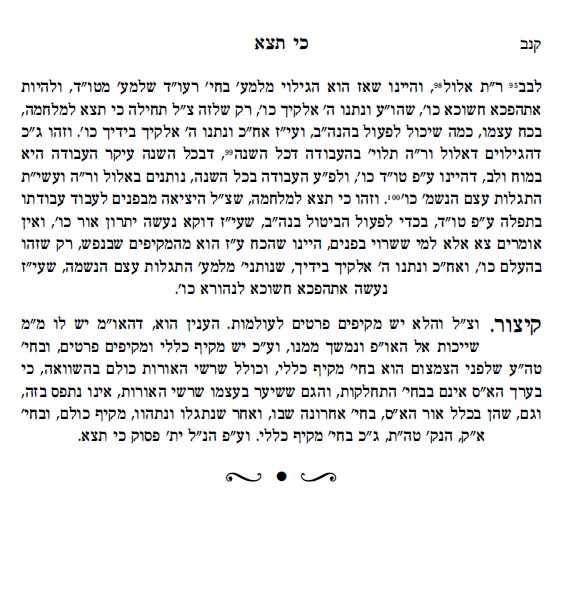