We are aware only of the existence (yediyas ha’mitziyus) of the power to conceive (koach ha’maskil), not its personality (mehus). In truth, we are aware only of the existence, not the personality, of spirituality, but it still is direct awareness of its existence. Conscious intelligence indicates that there is a source for this intelligence. It also indicates that this source is superior to the revealed state. additionally, it draws out the revelation of the source in a wise person whose wisdom is of the core type, one who understands with his daat. And even revelation from the core faculty of wisdom — through questions, the intelligence that comes through students.

All this demonstrates that conscious intelligence is a process that reveals the concealed (gilui ha’helem), and not a new creation (hischadshus), which is an orderly and commensurate process — beginning with a core faculty (which is beyond any substance), that in turn emerges into a hidden faculty, until it manifests in a revealed faculty. Were it a new entity (the transmission would be in form way that) we would not be able to sense its source, and there certainly would not be any revelations from the source.

This example of human faculties explains the role of chochma, and all the ten sefirot, of atzilus [Now he explains how the sefirot “tell the story,” i.e. reveal all three elements in the “hidden thoughts,” similar to the three levels in the faculties: 1) the existence of the unconscious, 2) revelation of the unconscious, as in the wisdom of a higher caliber, 3) revelation even of the core archetypal wisdom in the soul’s core]:

In addition to being revelations from the “hidden thoughts,” being that they emerge in a form of revealing the concealed, they reveal the “hidden thoughts,” the sources of the sefirot. Conscious wisdom (chochma ge’luyah) reveals unconscious wisdom (chochma sti’ma’ah), the level of hidden intelligence (sechel ne’elem m’kol ra’ayon), which is beyond conscious and revealed wisdom (as discussed in ch. 14), yet it is not entirely beyond wisdom. It is the “hidden intelligence” (discussed in the previous chapter), a different caliber of intellect, which is concealed from others, yet still intelligence Unlike the un-unconscious (sechel mufla), wisdom of atik, which is entirely beyond any defined wisdom (like the core archetypal faculty).

Unconscious wisdom is called “hu” (it), which means that its existence can be deduced (yediyas ha’mitziyus) from the conscious, being that it it the source of the conscious.

This awareness is primarily in atzilus, where conscious wisdom is in a state of intimate awareness of the divine personality (gilui ha’mehus), and only knows of the existence of the unconscious. In Likkutei Torah (V’Yodaato) it says that knowing the existence of the divine is in immanent energy (chochma), but transcendent energy (keser) is accessed through faith. To reconcile that with our present discussion: 1) Elsewhere it is explained that the Likkutei Torah is discussing our perception, but in atzilus the immanent is experienced intimately (hasogas ha’mehus), and the unconscious transcendent in a form of knowing of its existence (hasogas ha’metziyus). 2) In the second explanation there (in Likkutei Torah) he says that also the transcendent unconscious can be known by us (not just through faith), 3) Additionally unconscious wisdom, which is the source of consciousness, is not the undiluted state of transcendence.

Additionally, through the exertion in birurim (refinements) we reveal even the core energies in atik. these are the reasons and secrets of Torah that will be revealed in the future from the fundamental concealment (he’lem ha’atzmi) of the inner atik (eden sti’maah). 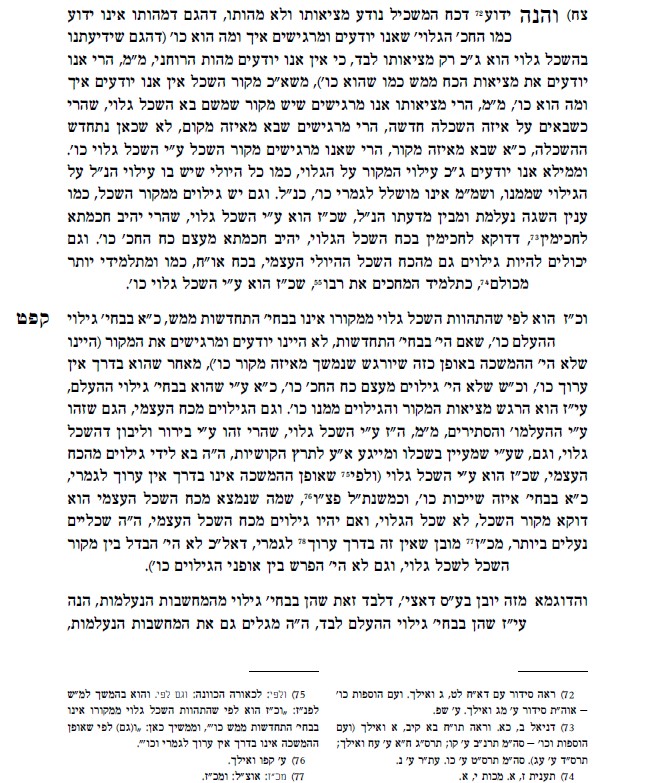 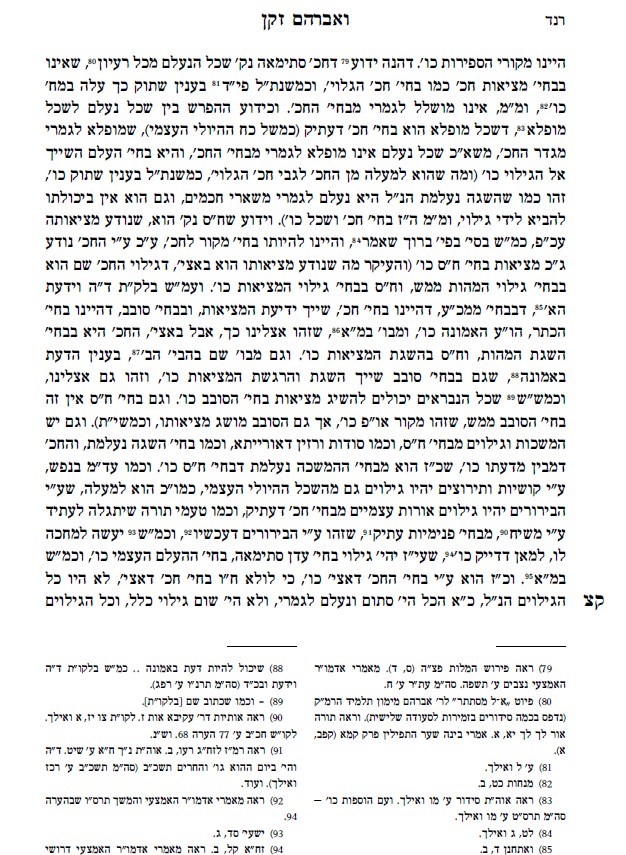 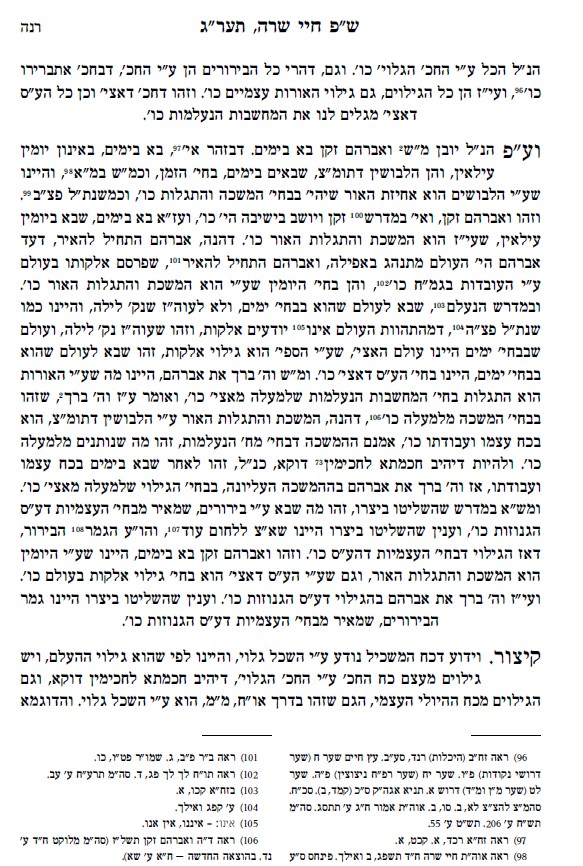 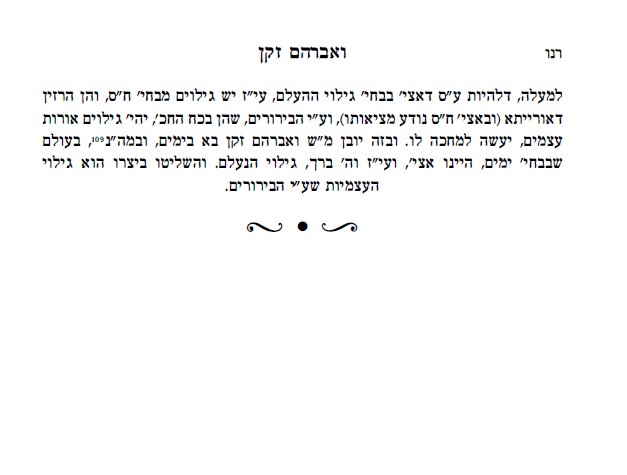