The manifestation and internalization of the energies within the containers are also the cause of the parameters — higher and lower — which define the ten spheres.

The manifestation and internalization of the energies within the containers (which are rooted in the ten hidden spheres) are also the cause of the parameters — the diverse (conceptual) spatial structure and relations, higher and lower, which define the ten spheres (unlike the infinite Divine which does not have any parameters of higher and lower), with chochma being the highest level, and malchut the lowest; intellect higher than emotions. This is due to the fact that the ten spheres consist of energies that are integrated in the containers and function and radiate in direct proportion to the nature of the containers. Higher and lower levels are defined by degrees and gradations of energy as they are generated by their respective containers.

[In spiritual or conceptual space, “higher” and “lower” is defined by the intensity of its energy: a sphere evolves from an abstract, ethereal state to successively coarser and more substantial forms. The “distance” of one incarnation from another is the measure of its position and state, as well as its proximity to the other spheres].

Thus, a more subtle, ethereal and refined container generates a higher quality and degree of energy, which turns this into a “higher” level, and a “coarser” container generates a lower level of energy. As evidenced by the soul’s faculties: the container of chochma — the spark of a concept — is far more ethereal than binah; it is merely a concentrated point in contrast to the elaborate expression and details of binah. As such, the concept in chochma (the point) is most intense and sublime (abstract) and of the highest quality, which gets seriously diminished and diluted in the comprehensive binah comprehension process. (Following binah comes the summary of the idea, which is also a concentrated point, which reintroduces the subtlety of chochma within binah, but not quite with the same sublimity).

The containers of the emotions are even less sublime: In contrast to the mind. which is driven by bittul, to go beyond one’d self interest, the essence of an emotion is subjective self-interest — what’s in it for me. Love and fear (and the other emotions) are predicated on a sense of self; they are stimulated by the attraction or repulsion to the object of the emotion.

(Essential and natural emotions, like the love of a child, are in the category of desire (ratzon) of something that is part of the person’s essence, which is always there even if there is no revealed benefit to the person. While revealed emotions are only aroused when it serves the person’s interest. The same is with the connection with the Divine: there is an essential unconditional connection, reusa del’iba, in contrast to the love of the Divine for the benefits it provides).

Since the containers of emotions are “coarser” and more “self” oriented and existential, more of a tangible entity, therefore their energy is of a much lesser degree than the energy of intellect. And though the feelings are awakened by the mind’s contemplation on the benefits of the object, yet: 1) The mind only appreciates the actual object, not the self-interest involved, 2) this arousal comes from the external mind, the emotions in the intellect. 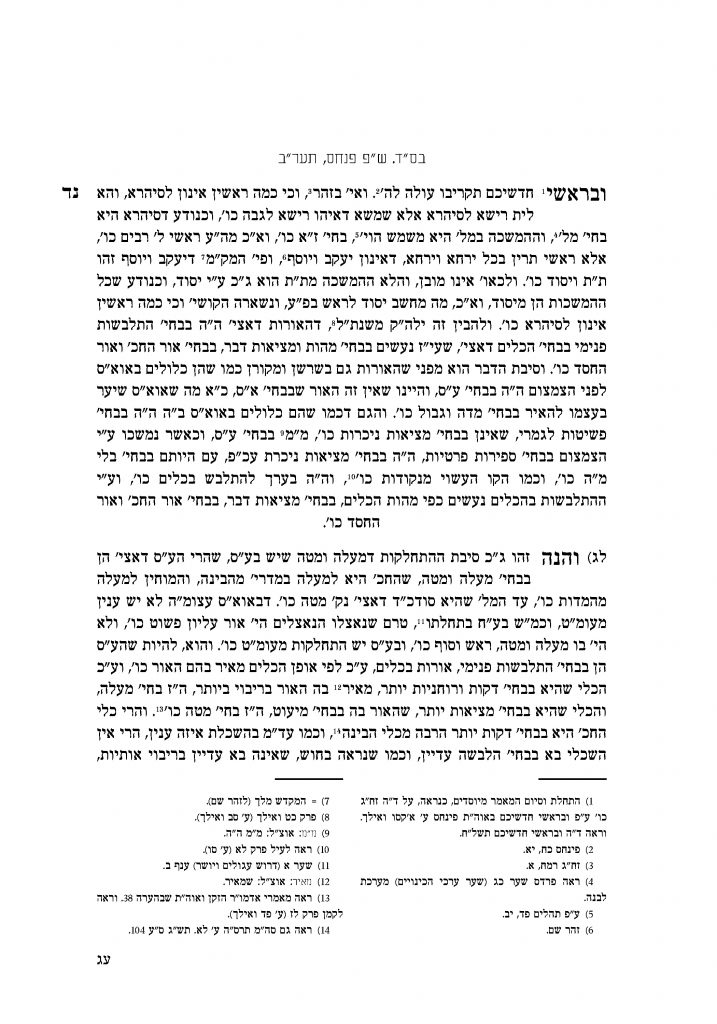 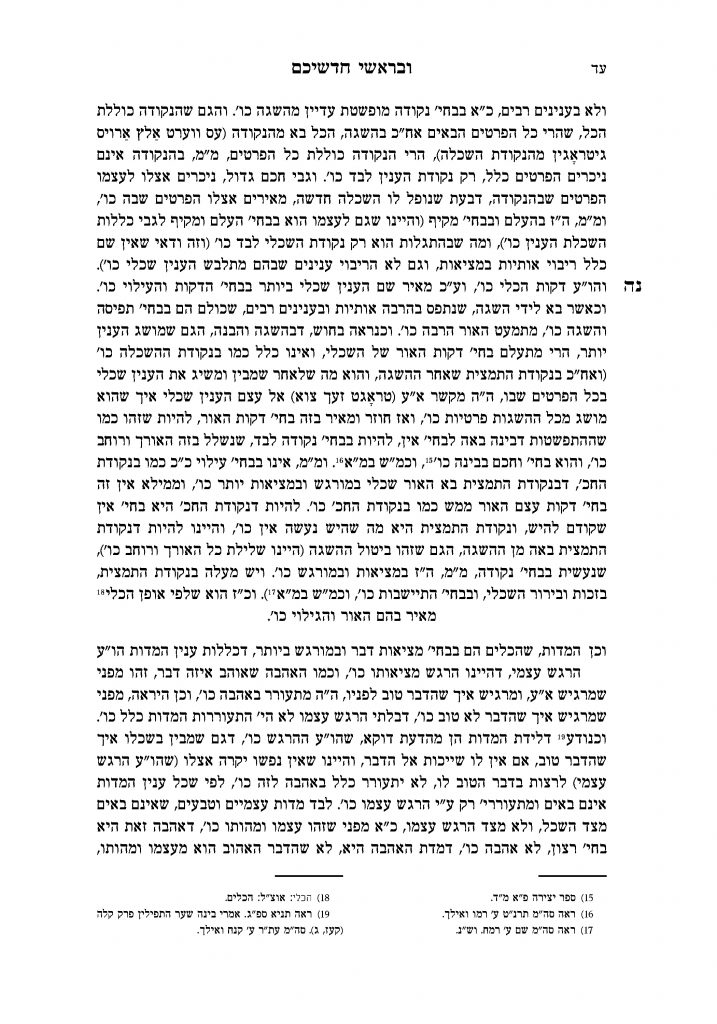 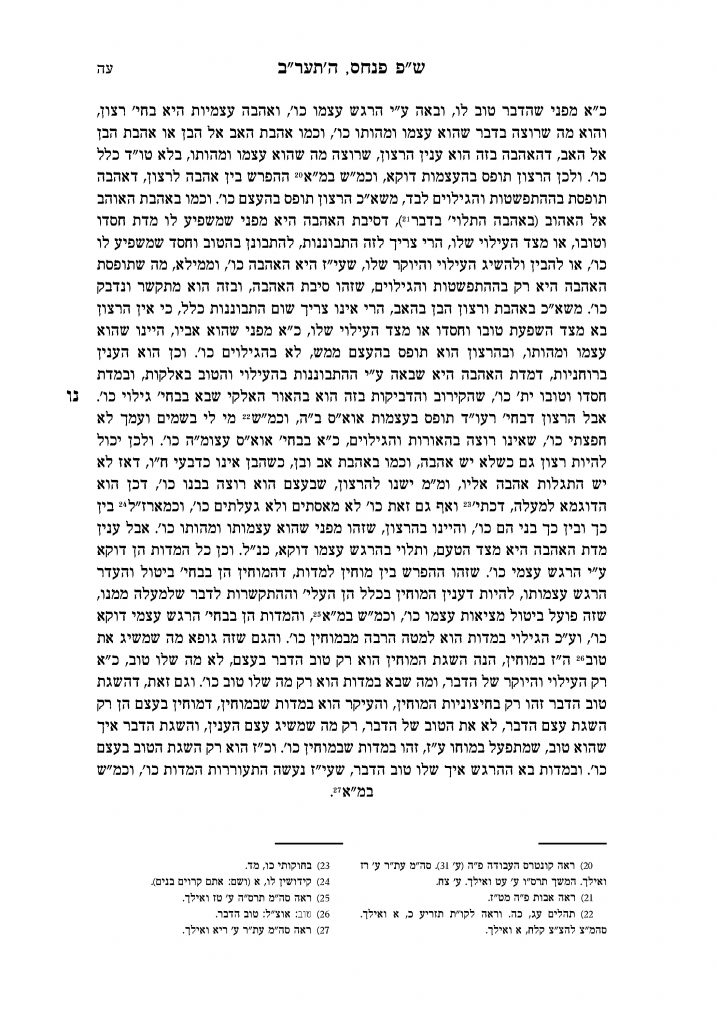 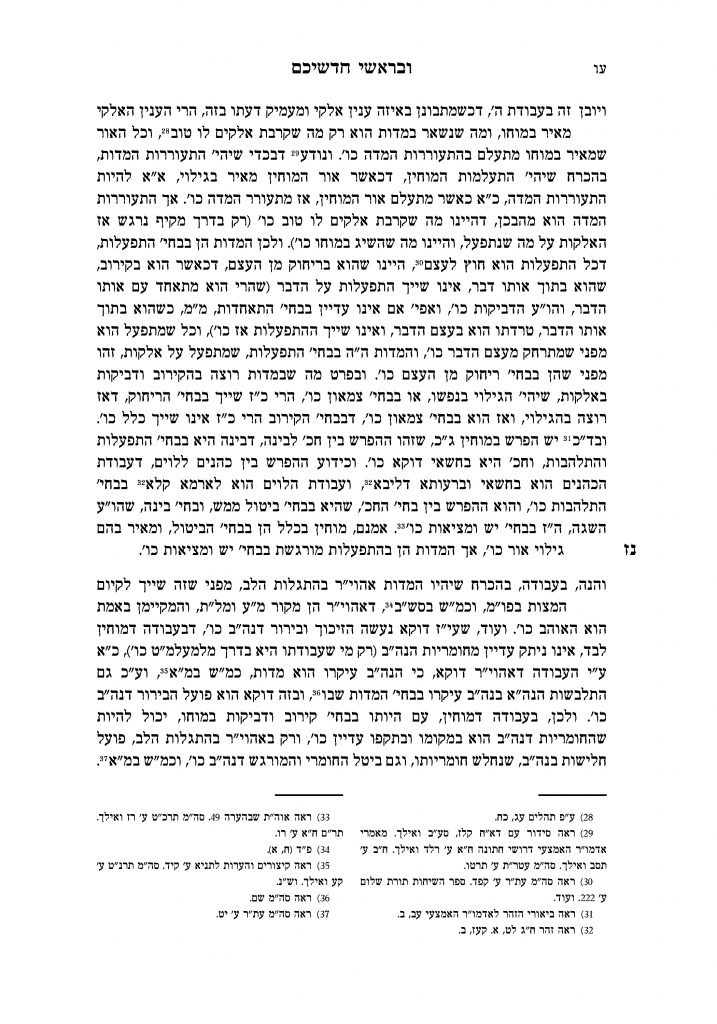 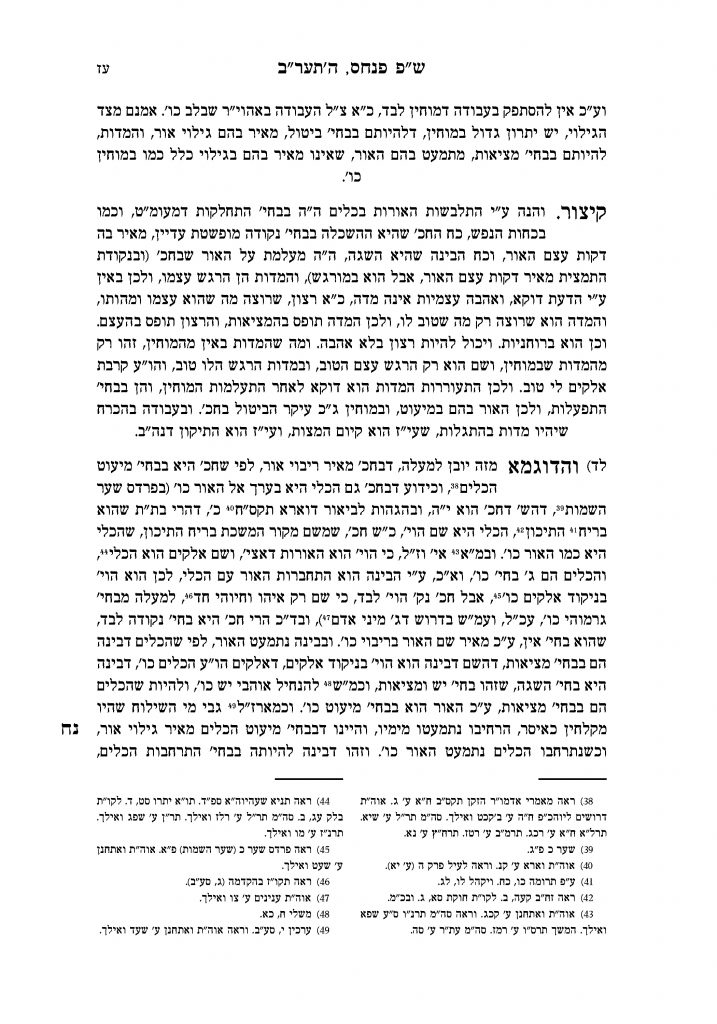 The ten spheres — energies tailored to their containers — in addition to giving the spheres their definition and form, also shape the spatial relationships between the spheres: the structure and parameters that define which sphere is higher and which is lower, and how they evolve and interact with one another.