Chapter 85: Anatomy of a Number

We will understand “zecher” — a reflection of all the levels (rav tuvcho) — with the example of a person counting an enormous number, say the number 10,000 (10 times revovah): As he counts one by one, first reaching one hundred, than a thousand, anf finally all 10,000, he comes to appreciate the magnitude and quality (mispar atzmi v’amiti) of the number. Afterwards, when he sums it up and describes it to another in a brief total of “10,000,” this number is only a symbol — a zecher — of the magintude, but does not capture its essential power as when he actually counted it unit by unit. The number (mispar ha’kolel) is a state of diminishment (katnus) compared to the magnitude (gadlus) experienced in the detailed counting (mispar ha’merubah).

To break it down further: The collective number (mispar ha’kolel) also exists by the counter, when for example he knows the number before he begins to count. This total (klal) precedes and is qualitatively higher (gadlus) than the actual detailed counting (prat), which only reveals the number (but does not add any new quality). Like the qualitative superiority of thought, where all the details are in an elevated state, compared to speech, which diminishes and breaks the ideas down into details. 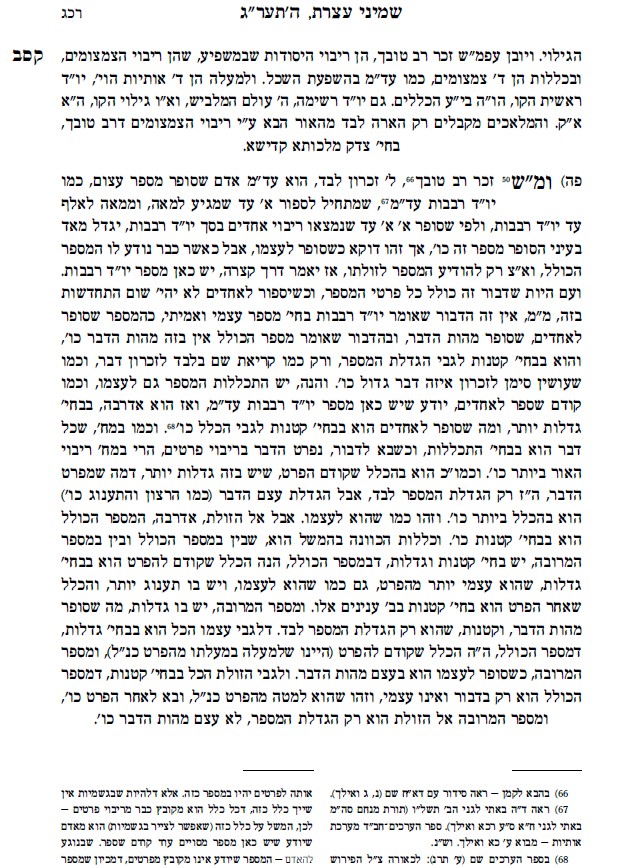 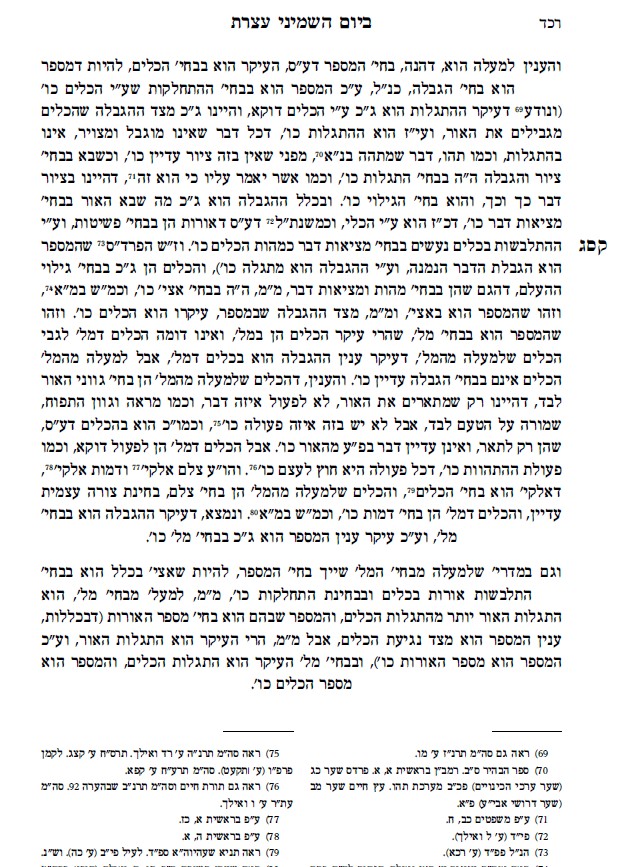