The vertical structure of the spheres is defined by the measure of emanating energy/light.

The “vertical” hierarchy of the sefirot is defined by the measure of revealed energy: The more the energy, the higher the level; the less the energy, the lower the level. And the amount of energy is determined by the “closeness” and “distance” of the entity to its source. Thus, “higher” refers to the levels that are “closer” to the top of the kav and receive the most revealed amount of its energy; “lower” are the levels that are “farther” from the top and receive more diminished and concealed amounts of energy from the kav, like the difference between someone who is close or distant from the light of a flame.

This explains the gradations of the light in the sefirot, as the Etz Chaim writes that in Chochma the light shines “up close,” in Binah from “a distance,” in Z”a “through a window” and in Malchut “through a hole.” This is referring to spiritual/conceptual (not physical) space, based on the levels of revealed energy: the point of Chochma contains an abundance of intellectual energy, which gets diminished and concealed in the comprehension of Binah. In the emotions (Z”a) the energy gets further diminished, like sunlight shining through a window in contrast to the unfettered light outdoors — similar to the summary of a legal ruling that is a result of extensive arguments and discussions, yet they are all concealed in the final ruling (like the Mishne compared to the Gemara). In Malchut the energy is further concealed, like loving words (or words that come from love) that conceal the intensity of the feeling (which could not be expressed when one is in the throes of the emotion).

[The following chapters continue to dissect the cause for the hierarchical structure of the spheres, including the difference between Chochma and Binah, and in chapter 43 he concludes the explanation (that begins in this chapter) in the words of the Etz Chaim that in Chochma the light shines “up close,” in Binah from “a distance”] 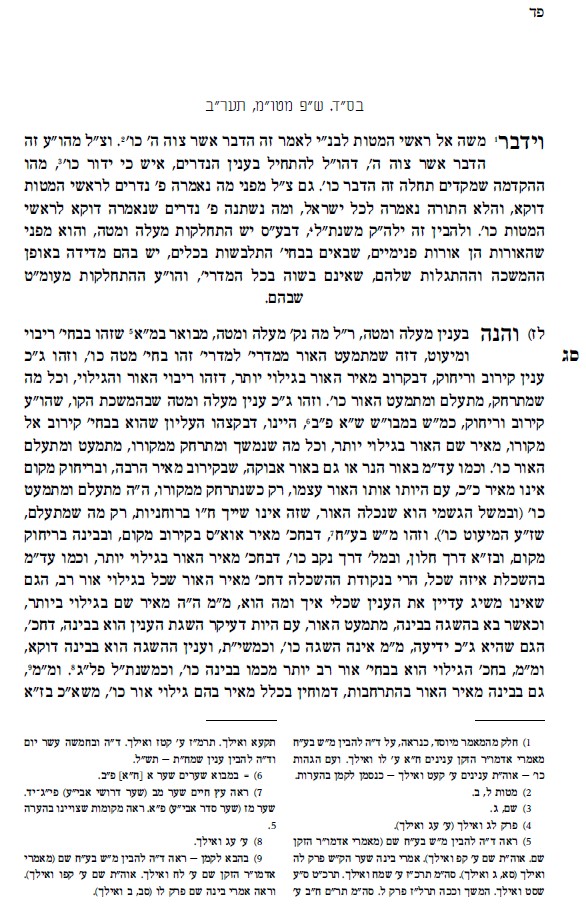 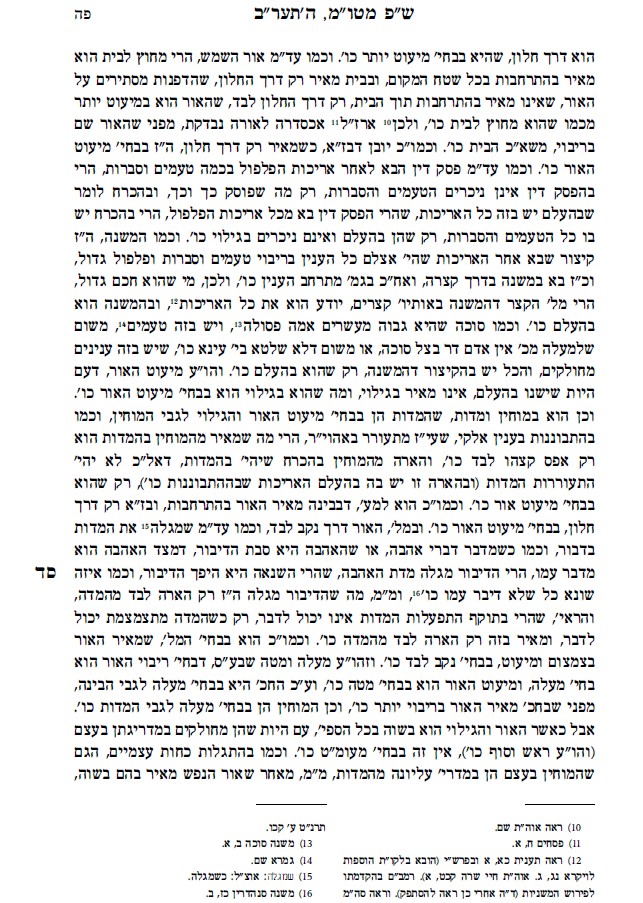 Higher and Lower. Measures of Energy.

Ostensibly it seems that Chochma and Binah is brought by the Rebbe Rashab (in this chapter and the following ones, 37-43; 45, as well as earlier in chapter 33) as merely an example to explain the levels and gradations (maaleh v’mateh) of the cosmic structure.

But on deeper examination its seems apparent that the intention in explaining chochma is far more intrinsically connected to the central theme of Ayin Beis, namely: the interface (memutze) between existence and the divine, in which chochma plays an essential role, as it is the interface between desire (keser), the transcendent energy, and the faculties and worlds, the imanent energy. Chochma is thus both higher than the cosmic progression (ch. 39), as well as the beginning of the structure, the first “point” of inteligence, from which emanate all the other faculties (beginning with binah). Chochma is both intelleigence (and is thus like a new entity “m’ayin temotza” from the higher states – ch. 7), and beyond intelligence (as he writes in the hagoha to Tanya ch. 35. See also the Rebbe Rashab’s “unpublished” note to ch. 7), and has within it the essential “ayin” (ch. 42).

This connection can also be inferred from the fact in Hemshech v’Kocho (ch. 29-30) – which is the basis of some of the ideas in ch. 43 explaining the