Transcendent energy has two dimensions: 1) Its essence only expresses its source and is thus utterly seamless without any relationship to anything but the source, and therefore has no name (unlike the immanent energy which has a function to perform in existence, and thus has defined substance). 2) Its expansion effects something (and is called “desire”), yet does not manifest internally and remains a transcendent force.

Question: The sun and the soul both have a function in existence to effect something (the sun: to illuminate the earth; the soul: to enliven), and are not merely expressing the essence (giliu ha’etzem). Also the transcendent energy (ohr makif) performs functions in the worlds. So what is the difference between the transcendent energy and the immanent energy?

From the examples (of the sun and the soul) it is understood that anything on the level of ohr (light), even that which produces something, does not perform the way shefa does. Shefa manifests and is contained in the process, while ohr does not, which is why sunlight and the energy of the soul emanate equally regardless of the recipient. The primary difference between the two is in their root: The transcendent energy (ohr) emanates from its source in a state of ayin (without form or substance), since it only comes to reveal its source; the immanent energy (shefa) emanates in a defined way that has substance and identity, because its role is to effect existence, and only something of substance can have a defined effect. The immanent energy thus effects bittul in existence, but only the bittul (“ayin” of the yesh ha’nivra) relative to existence. And the transcendent energy effects total bittul (“ayin” of the yesh ha’amiti).

This is the fundamental state of the two energies as they come from the Essence: the essence of the transcendent energy (atzmus ha’ohr) only expresses its source and is thus utterly seamless without any relationship to anything but the source; the immanent energy has a function to perform in existence. However, as these energies extend “outside” of the source (hispashtus ha’ohr) also the transcendent energy effects something (and has at least the name “desire” as opposed to the essence of the energy which has no name at all), yet its effect is completely different then the effect of the immanent energy: The latter manifests in existence in an internal and integrated way. The former, even as it extends and has a relationship with existence, does not manifest internally and remains a transcendent force, because its fundamental “identity” is one that totally reflects its source and is in a state of utter nothingness. This energy thus always remains distant and uncontainable even by the highest levels of existence, and encompasses all of existence equally. 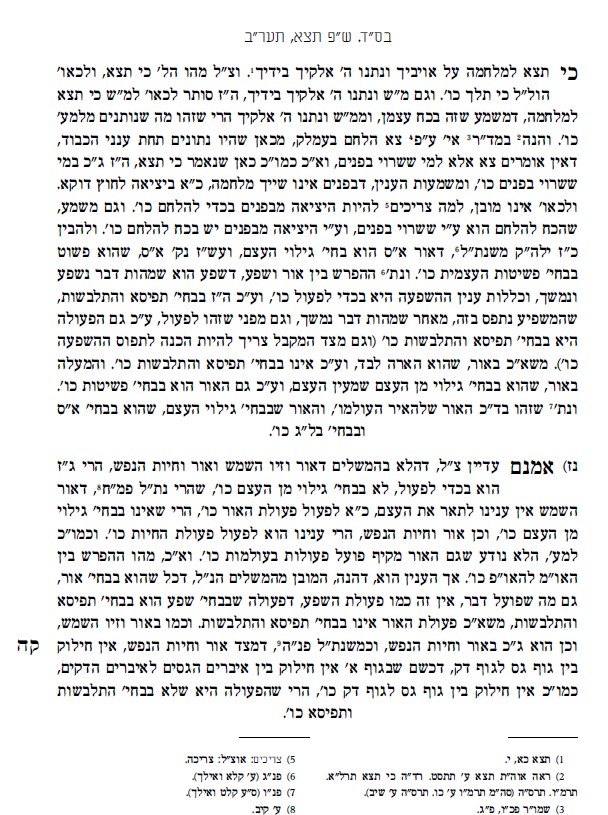 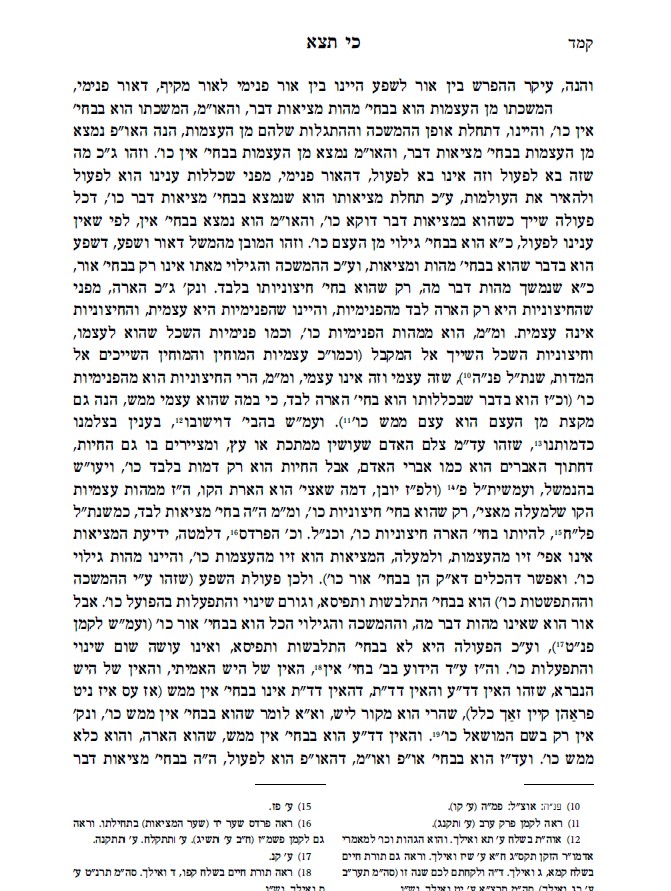