Question: How can we describe “kol she’darko limnos” in a negative way, as the raw count in the material world, when the word “kol” (all) refers to the exalted level of yesod, which is a connecting and binding force?

Answer: “kol” (all) includes the transmission of all forms of energy, including that which energizes negative forces. Thus, “kol” can take on two forms:

1) A transmission of energy that diminishes as it descends, and gets bound and limited in distinct containers (the level of number in containers), to the point that the contained energy in the containers gets concealed and hidden until it transmits even to negative elements. This “count” and “number” of matter (which focuses on the separate and fragmented parts of existence), is not a positive type of counting. Even though the negative forces have some fear of the divine (yiru Hashem KOL ha’aretz, let ALL the earth fear G-d), it is only an awareness from afar. This is the level of “KOL she’darko limnos” (everything than can be counted), the number in the material world (raw quantity), rooted in the number of containers, which limit the flow and allow it to feed the negative forces.

2) A transmission of energy that retains its intensity even as it descends, and thus assures that the energy will flow only in the appropriate places and not to the negative forces. This is the level of “ES she’darko limnos,” the number of energies (sublime quality) in the spiritual world, which are subjugated (ES means that it is bottul and toful) to the divine (yiru ES Hashem kedoshov).

This explains the opening verse (of this discourse) tzohar taaseh l’teivah, make a light for the ark. Tzohar has two interpretation: 1) Window (skylight), 2) Luminous stone, which gave them light:

As is known in the name of the Baal Shem Tov, Teivah (ark, which also means word in Hebrew) refers to the words of prayer. The entire purpose of prayer is to refine the animal soul. We thus begin prayer with the verses of song (pesukei d’zimrah), which uproot (zamer) and scrape off the outer crust in order to free the animal soul from selfish crassness of materialism. Then in the continuing prayers (blessings before the Shema and the Shema) we carve out the inner dimension, allowing one to become a container for the divine. The angel Matat weaves crowns for G-d from the prayers of Israel. Crown (keser) is the level of desire, referring to the new divine desire (rotzon chodosh) we generate through prayer, to bring healing or redemption.

We are thus commanded “tzohar taaseh l’teivah” — make sure that the letters (stones) of the teivah (words of prayer) — the precious stones of the crown — should be bright and illuminating: the refinement of the animal soul through prayer repairs the containers above and causes them to draw down illuminating light (ohr) into the letters of prayer to shine and shape the divine crown (i.e. create a new desire), to the point that the light is as bright as daylight (tzohorayim, tehira), meaning that the repair of the containers draws down light that is higher than the containers, the essence of the divine light, which is so bright that compared to it all the lower levels are darkened like a candle in the bright daylight.

The No’am Elimelech says that the words of prayer (teivah) transform “tzorah” (tragedy) to “tzohar” (brilliance) [in Hebrew these two words are different configurations of the same three letters, tzadik, heh reish]. Number in the material world, which manifests in limits and parameters and all forms of concealments, can bring on problems (tzorah), G-d forbid. But when one works on himself and represses the crassness of his animal soul, he draws down the level of beyond number (spirit) into number (matter), and through this, he transform “tzorah” to “tzohar”,’ brilliant light.

The second interpretation in tzohar — window — refers to the work of tzaddikim, whose total dedication and mesirat nefesh in the Shema prayer (words, teivah), which draws down the divine energy in z”a (the emotions) of atzilut, where the divine shines like through a window (as stated in Eitz Chaim. See ch. 37. 81).

This is also explains the next phrase of the verse, ve’el amah techalenah milmalah, “finish it to a cubit on top:” a (single) “amah” connotes the mesirat nefesh to the divine oneness (in the work of tzaddikim), and the diminishing and subjugation (bittul) of the containers (in the work of refining the animal soul), allowing abundant light to radiate in them (like akudim, where ten energies are in one container, thus preventing the shattering of the containers due to them being in a state of oneness). And this draws down below the divine infinite energy, effecting that the number in matter should also be in a state of “number that cannot be counted.”

[This concludes the discussion on the first interpretation of sefirah from the word mispar, number, explaining how the interface of number consists on the level of both energies and containers, and they are joined through our work, fusing, in effect, number and beyond number, the number of existence and the number which is beyond number of the divine koach ha’gevul), and ultimately with the absolute infinite (koach ha’bli gvul). Next chapter, 91, begins the 13-chapter discussion of the second interpretation in sefirah, from the word sipur, narrative, which will conclude with chapter 103]. 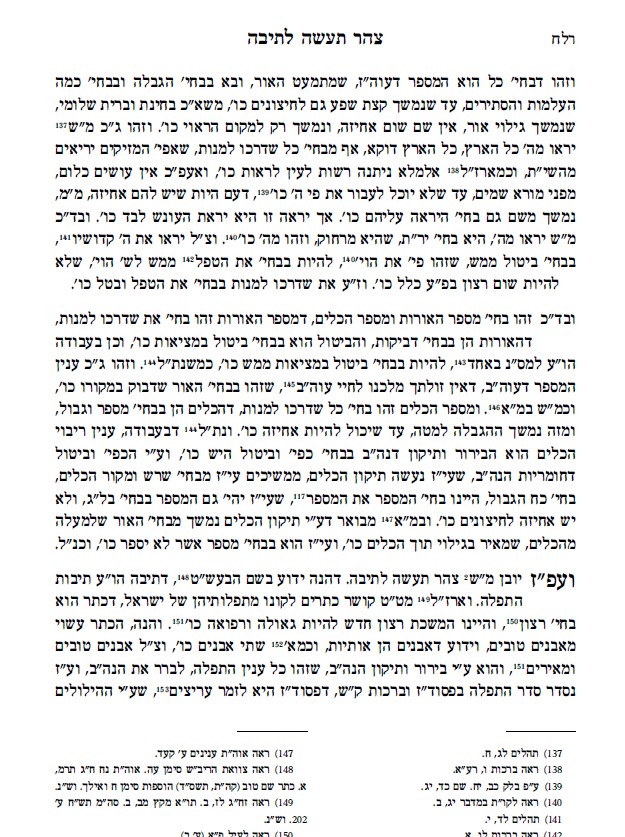 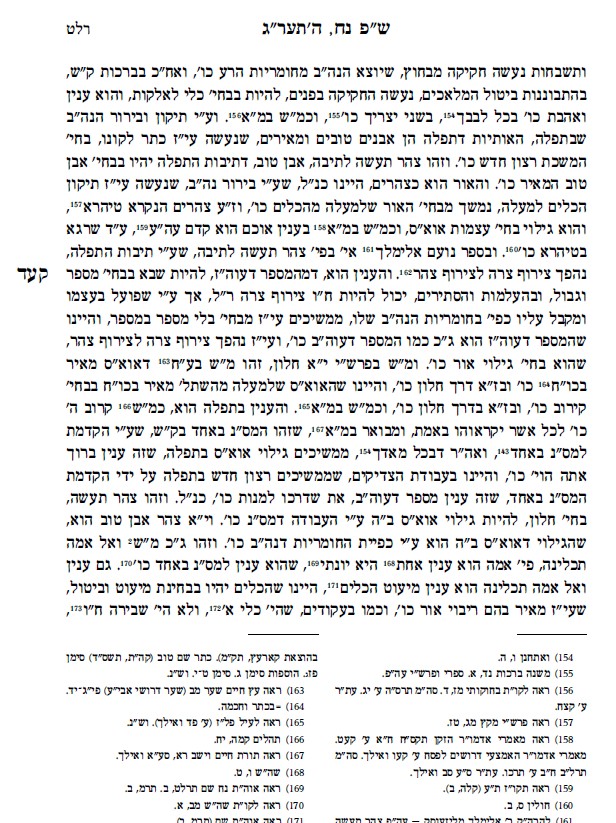 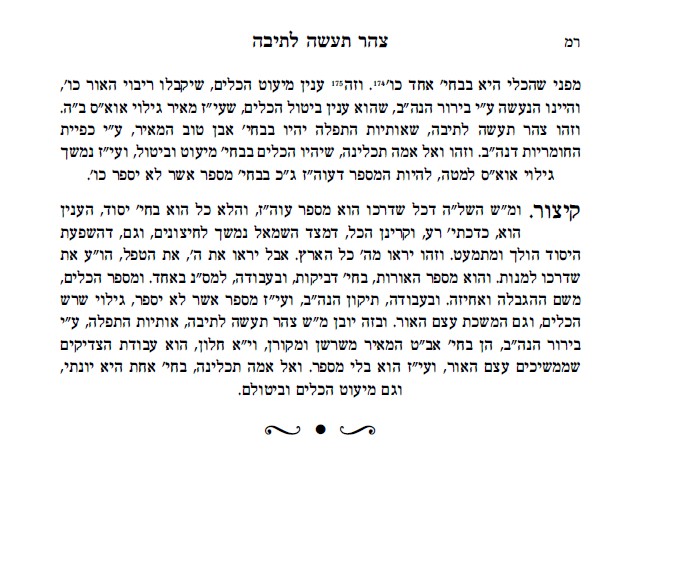