In explaining the above-mentioned Zohar (that the purpose of the sefirot is for the existence of the worlds) the Pardes writes that this includes also the intellectual sefirot (chochma and binah): Even though the intellect, in contrast to emotions, have no relation with another (as discussed in the previous chapter), nevertheless they too exist to serve the universe: The intellect, which is fundamentally an internalized entity (ohr pnimi), causes the emotions, which are on their own fundamentally not integrated (ohr makif), to be internalized and balanced. [In the way they function emotions are attached and committed to the object, while intellect is detached. But in their fundamental nature intellect internalizes an experience and emotions on their own are non-integrated].

According to this, the role of intellect in serving the existence is not that intellect itself serves existence, but rather that they serve the emotions that govern existence. However the apparent meaning of the Pardes is that the intellect itself serves existence. Therefore, we can explain this by understanding the general purpose of Atzilus, which is to reveal the divine within existence. Without Atzilus the divine would remain hidden and concealed from our consciousness. The revelation is on two levels: 1) Feeling the divine, getting excited about G-dliness – which comes from the emotional attributes of Atzilus. 2) Understanding the divine — which is derived from the intellectual attributes of Atzilus.

The Pardes writes there, that “before the expansion of the emotions, He [the divine] conceived with His essence and His wisdom with the comprehension of His essence, being that He and His wisdom are one essence.” This refers to the level of intellect which is encompassed within the Infinite (Ein Sof) — “His self-knowledge, as it were; by knowing Himself, he knows the Torah” (Tanya, Kuntres Acharon 161a).

This can be understood by example of the difference between thought and speech: Speech reveals an inner thought to another. Thought reveals to yourself your innermost hidden unconscious, which is otherwise in a state of essential concealment (he’lem ha’atzmi). The seven lower (emotional) sefirot is for the worlds, the three higher (intellectual) sefirot is the divine “self-knowledge” which reveals to Himself the essential [unconscious state of] concealment.

But also this “self-knowledge” is for the purpose of existence. Because why else would there be a need for emanating the level of “knowing Himself” (in the divine essence it is “known” even “before” anything is emanated)? In order for there to be comprehensible intelligence, that another can understand, there first has to emanate a state of intelligence that is totally beyond another (the divine “self-knowledge,” “by knowing Himself, he knows the Torah”). Though this level of wisdom is not related to others (as discussed earlier that one can contemplate ideas in isolation), yet it has entered the realm of tangible intellect, that another can potentially understand. Had the divine not manifested in “knowing Himself” we would not have wisdom to comprehend. Once he emanated the level of “self-knowledge,” now there is a wisdom that in time can be understood by another.

This wisdom is the wisdom of the Torah, which first emanated in a form of “self-knowledge,” “by knowing Himself, he knows the Torah” (the three higher sefirot of Atik), allowing for the possibility for us to comprehend in Torah. And then, in time, came the period of the “two millennia of Torah”, when the Torah was actually revealed, beginning with Abraham (in Atzilus), and then through Moses at Sinai when the Torah came down to Biy”a, this world, in a way that we can study and comprehend the divine wisdom of Torah.

[Thus we understand how the purpose of cognitive sefirot are also to serve existence]. 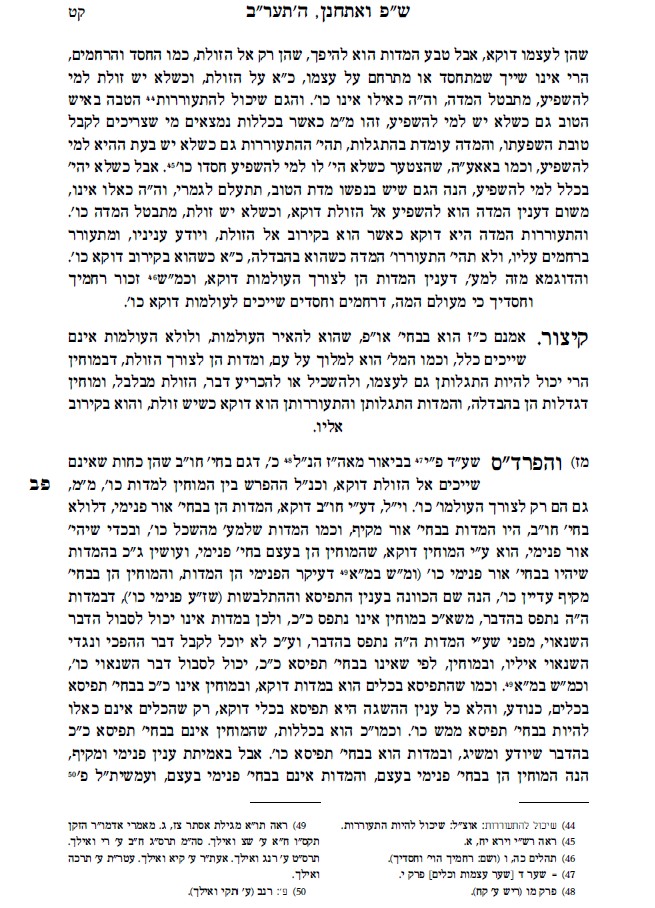 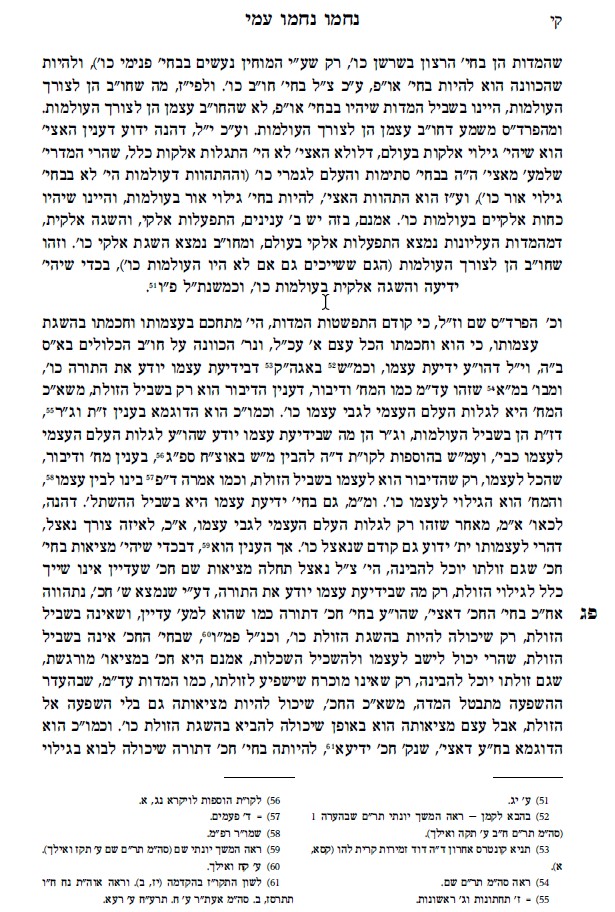