Chapter 96: Behind the Scenes – Core, Hidden and Revealed Faculties

We will understand this with an example of human faculties, which are rooted in the core faculties in the core soul. At the core they are not faculties in any way at all, only that the faculties come from there. The core faculties — which we can say is the level of yechida — are similar to the core soul (which us beyond all the five dimensions, including yehcida), in the sense that is it totally shapeless (peshitus). They are the level concealment that has no substance (he’lem she’ayno b’metzius), like a flint stone, which is not even a source for the faculties. Source implies 1) some substance, 2) the beginning of a process, as well as 3) that the source is impacted by the process. All these elements are not possible in the core, which 1) has no substance, 2) precedes the process, 3) is not impacted by the process.

The core faculties in turn produce the source faculties, which now can be defined as a “source,” that is not yet a revealed faculty, but neither is totally abstract; it is now in the category of faculty, though not revealed. This is called “hidden transmission” (hamshocho ne’elemes), the power to conceive (koach ha’maskil), which cannot be defined as expressed intellect, but is in the world of intellect nonetheless. It is beyond (defies) actual concepts, but is not beyond (does not defy) the category of intelligence. 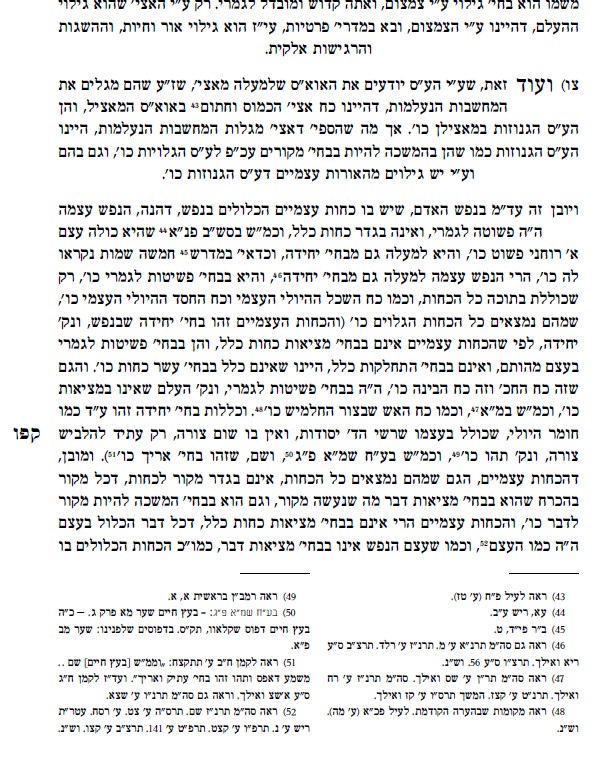 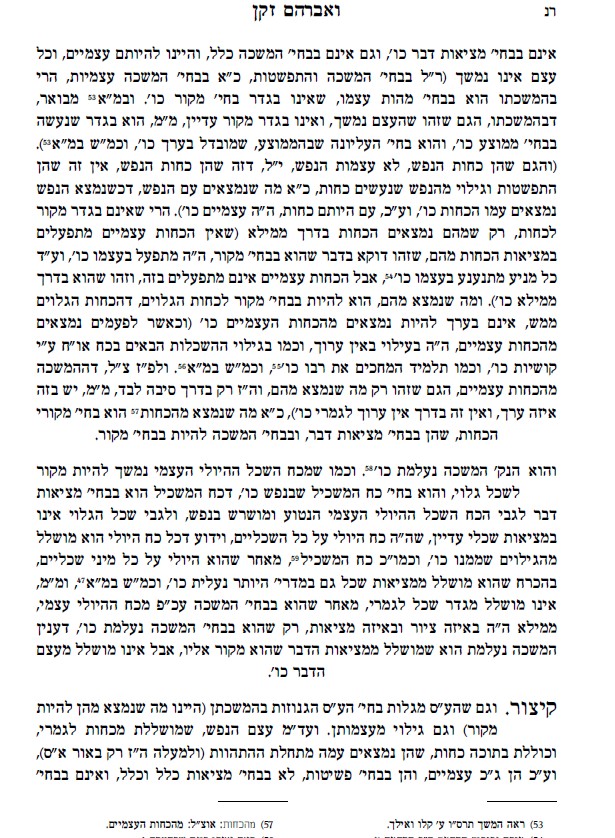