Impact of the higher macro-cosmic transcendent energy (thiru ilaah; iggul hagadol) on existence: bittul of the containers, the body, which reaches deeper than the bittul of the energy.

All the above (chapters 60-61) is about the impact of Adam Kadmon on existence: Though it is a distant transcendent force (makif ha’rachok), it still has some relationship with existence, and thus has some conscious effect on souls. But the higher pre-tzimtzum transcendent energy, the higher purity (thiru ilaah), which (after the tzimtzum) is the level of the “great sphere” (iggul hagadol) that precedes the ray of light (kav), though it too encompasses all, it has no relationship with existence and thus has no conscious effect.

Yet also this dimension has an impact on existence: the bittul of the containers – their receptivity to contain energy, and in a way that they can utterly unite with the energy – originates from their root in the transcendent “higher purity”/”great sphere” (which is why the containers are round).

This bittul of the containers reaches deeper than the bittul of the energy, as per the explanation in the Midrash that “Isaac’s ram stretched out its arm and touched the talit (prayer shawl) of Abraham”: Abraham is the level of the kav (rooted in the hidden tiferet). Abraham’s talit (makif) is the “great sphere” which precedes the kav. Due to the binding (akeidah) of Issac, which is the offering the body (the container) as a korban, Issac’s ram (which replaced him as the offering) reached and touched the “great sphere.” This is because the sacrifice offering of the body reaches a greater place than the sacrifice offering of the soul. In our service this bittul of the body (container) is the power of offering (korbanot), in which the physical fat and blood are consumed by the heavenly fire. Similarly, when we fast and sacrifice our bodily fat and blood to G-dliness. This is also the greatness of Yom Kippur when we afflict our bodies, which reaches higher than teshuvah (of our souls). 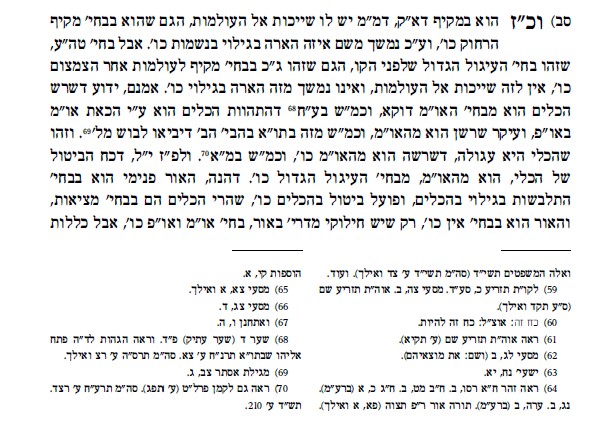 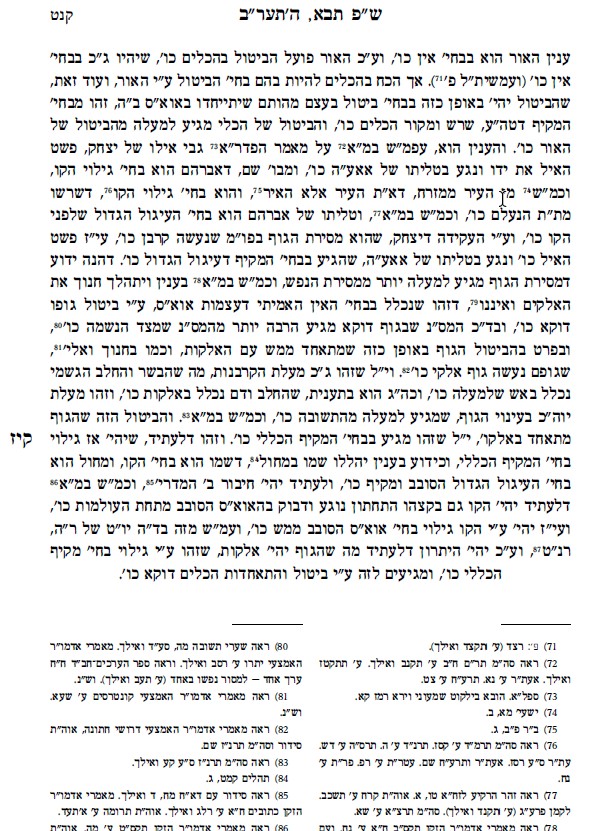 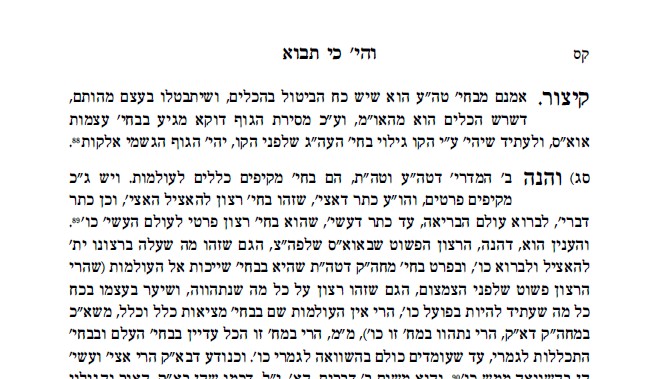