The two concealments allowing the emergence of the spheratic structure.

The ten hidden sefirot, besides containing the energy of the entire image of existence (the sefirot), also contain the infinite energy that is beyond the ten sefirot (the level which allows for infinite sefirot), like the transcendent synergistic energy in a word, which comes from a higher intelligence than the words meaning and conceiving the idea itself. Two tzimtzums therefore allow for the emergence of the specific sefirot in Atzilut: 1) The “removal” (siluk) of the infinite energy within the finite energy, 2) The concealment of the finite energy, in which all the sefirot are joined together as one, to allow for individual sefirot to manifest.

The ten hidden sefirot, the root of the permeating energy (memalo kol almin), is the level that “arose in His will” (alos ha’ratzon), in which the Source envisions and prepares within himself the power to emanate a finite structure. And this level is connected with and encompassed in the infinite energy, the root of the transcendent energy (sovev kol almin), which precedes this “will” (kodem alos ha’ratzon). Similar to the strands of tzitzit (ohr pnimi, 32 channels of chochma), which extend from the garment (the makif of talit) and are of the same material as the garment (min konof), but are not part of the garment itself (unlike the root of the containers in the finite power before the tzimtzum, which are just letters alone, without a sense of transcendence), the hidden sefirot (root of the finite energies) are connected with and encompassed in — and similar to — the transcendence of the infinite light.

The process, thus, works like this: In the “lowest” level of the infinite energy arises the “will” which envisions the finite energy (ten hidden sefirot). The two tzimtzumim allow for the individual sefirot to emerge. This explains the seemingly bewildering term used to describe the ten hidden sefirot, atik of a”k, malchut of ein sof, as the “last” and “lowest” of ein sof (before the tzimtzum): The pre-tzimtzum energy has no parameters, no beginning or end, no top or bottom? Answer: “Last” refers to the final step in which the infinite energy envisions the finite energy of existence. This can be understood from what we discuss later in discourse 110 (p. 938). 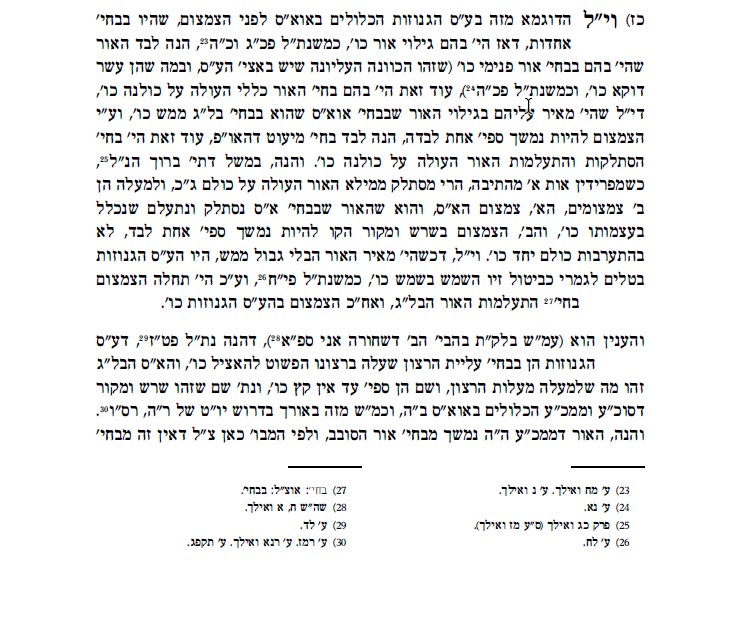 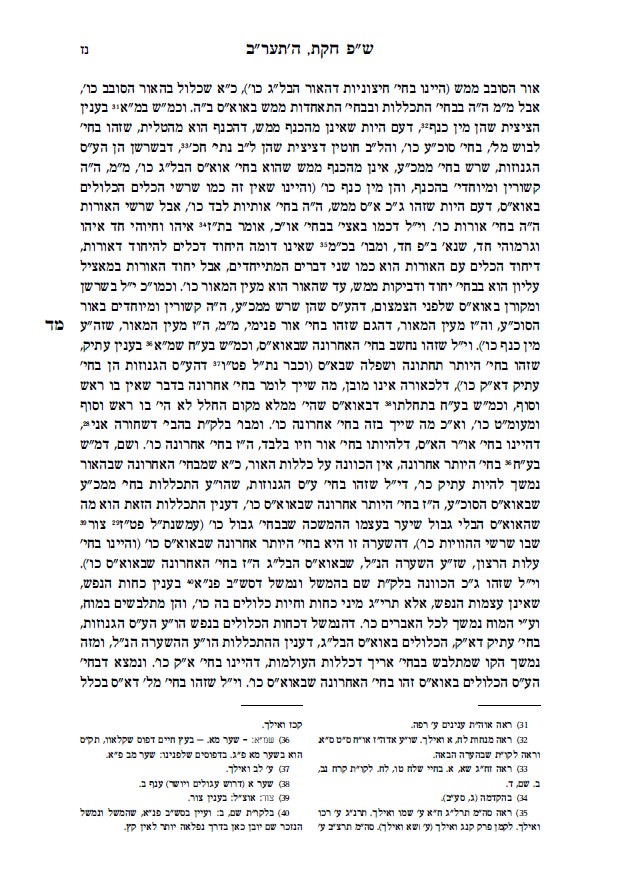 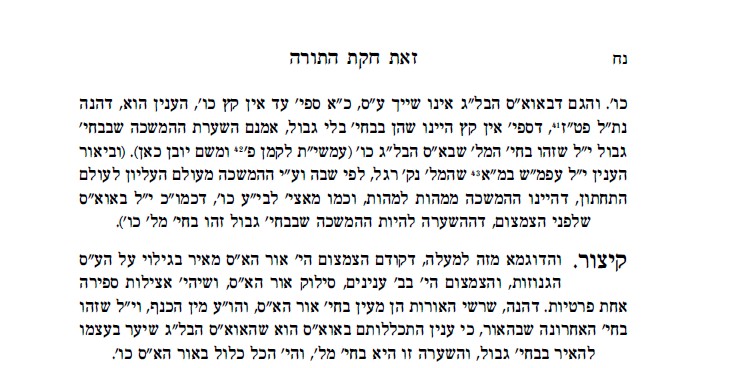