Emission in the form of ohr, by contrast to shefa, is merely a reflection and expression of the source, without any substance of its own. It therefore has no impact on the transmitter and requires no effort, application and exertion to transmit. Like sunlight and the soul’s life force.

The nature of ohr, by contrast to shefa, is merely a reflection and expression of the source, without any substance of its own. Like the light of the sun, which is not a “piece” of the sun, as evidenced in the fact that when the its source leaves, like at sunset, the light disappears.

Light therefore causes no change and has no impact on the source. The sun is “indifferent’ whether it shines or not, because it does not become stronger or weaker in the process. When the sun is blocked by a curtain or clouds it does not impact and weaken the sun at all; it continues to shine regardless (unlike a teacher who cannot transmit if the student is blocked).

The sun thus also requires no effort, application and exertion to transmit (like a fire that automatically warms an object placed in it). And the recipient need not prepare itself to receive the benefits of light.

On the other hand, ohr has a virtue and advantage over shefa that it is like its source (me’ayn ha’maor, ke’mo ha’etzem), while shefa is only informed by its source (le’fi oifen ha’etzem): An intelligent person expresses his intelligence in his teachings (even in mundane talk), but that which he conveys is not comparable to the way he understands it himself and he has to modify it for his students. Unlike ohr which is exactly like its source. i.e. a radiating light emanating from a luminary (albeit in a diminished form compared to its intensity in its source).

Similarly to sunlight is the energy and life force of the soul, which is also only a mere reflection (not the soul’s essence), and therefore it has no impact on the source and does not require effort and investment. The diminishment (tzimtzum) of the soul’s energy to manifest in a body is only in order for it to have a relationship with the body (similar to the fanning of the flames to bring them closer to warm an object). The preparation of the body to receive the soul is only an overall compatibility ingrained in the creation of the human body that it be an appropriate container for the human soul, unlike the containers and the organs which require preparation (on their part of the container) to draw into it the faculty’s energy (as well as evaluation on the part of the energy how to manifest in the container). Thus the soul’s life force energizes the entire body, from head to heel, equally, and there is no difference for the soul whether it enlivens a bulky body or a slim one. All this is because the soul’s energy emission is in a form ohr, which is not manifest and contained like shefa. 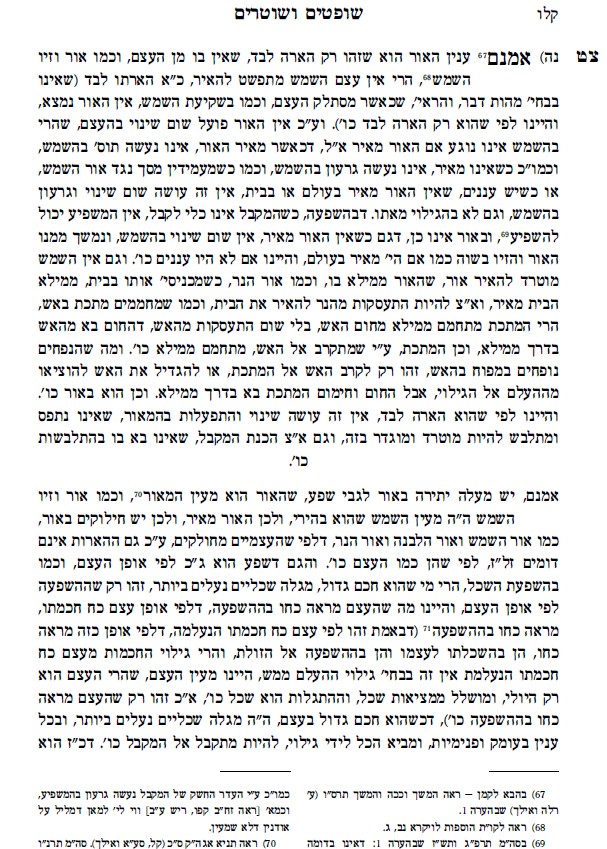 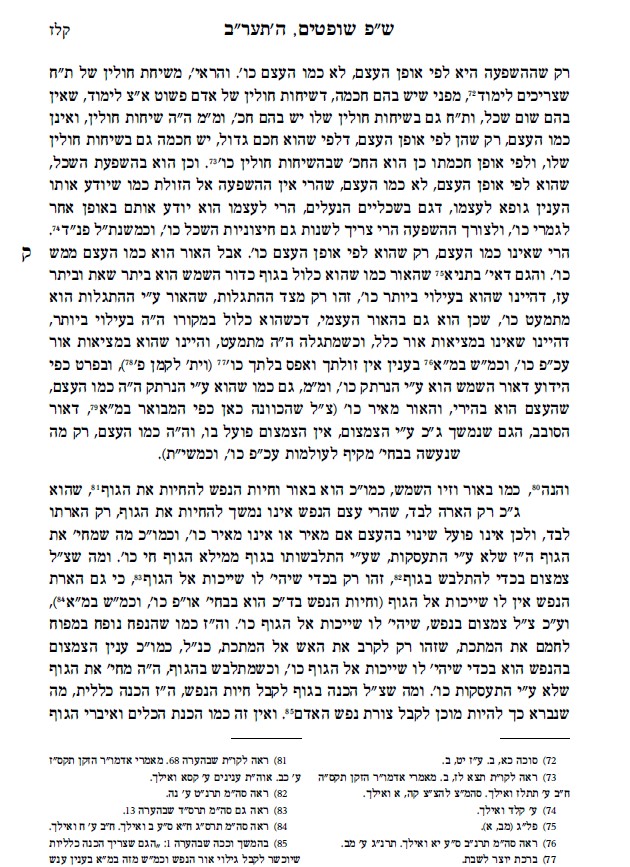 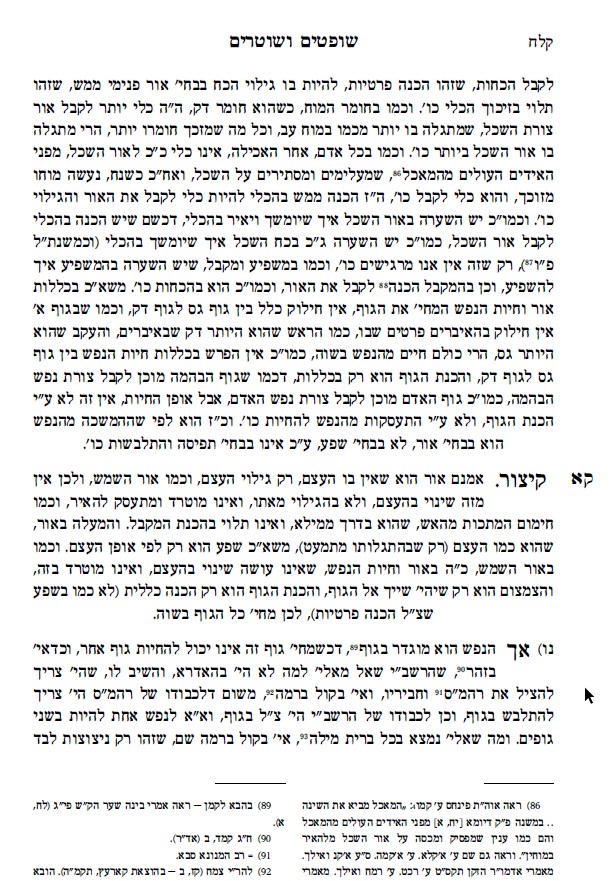