Shefa emits something of substance, which manifests, is contained and confined to the object that it transmits to, and thus the transmitter is effected by the flow and must invest himself in the process. Like a teacher who has to apply and exert himself to convey teachings to his students.

The nature of shefa (the substantive flow of energy) can be better understood from the way the ethereal faculties manifest in the functions they generate. [In the last chapter he discussed how the more tangible and “earthy” energy — the power of movement — manifests in human actions, like throwing and drawing. Now he is discussing how the more delicate faculties — the cognitive and emotive — manifest in these same activities. And this will give us more clarity in the nature of shefa, how it invests its energy into the actions it initiates, and how it is effected by this process].

{Whether the act of throwing or drawing, or the act of teaching students, shefa compels the source of the emanation to apply and exert himself to the activity he wants to achieve}.

Throwing an object requires that the thrower invest some intelligence in the process, how to throw and in what direction. The same, and even more so, in drawing. We cannot compare the intelligence and emotions invested in the menial act of throwing to that which is invested in the sophisticated art of drawing. As we see, that once someone trains themselves to throw correctly, they no longer need concentration in the act. While the artist needs to concentrate each time he creates a new work.

The example of this above is the creation of the universe, which has in it both an element of “throwing” and “art:” The Sefer HaBahir says that He “took pieces and threw them, and from that the earth was created.” This refers to the finite power of the divine, that manifests in existence in a concealed way (like the energy that manifests in throwing an object). The Talmud says that “with ten things the world was created: With wisdom, with understanding, with reason, with strength, with rebuke…” This is how the immanent divine energy manifests within existence, with different degrees of energy manifesting in different creations: some receive their energy primarily from the intellect, and others from the emotions (though in general all of existence is with these 10 things). Similar to the difference of the amount of energy and passion invested when issuing a command or when speaking words of love or wisdom.

The “investment” in the shefa transmission is even more apparent in the teaching process. [The above explained shefa in context of the power of movement, the lowest of the faculties. Now he moves upward to shefa as it is conveying knowledge, which becomes internalized in the student]. Though transmission of knowledge is a reflection (not the essence of the mind itself, which comes through birth), it what is being conveyed is substantial intelligence, which will remain with the student even after the teacher leaves (unlike light/energy, which dissipates once the source is gone). As such — being a flow of substance — the teacher must apply and commit himself to the effort, and he is impacted by it. Additionally, because the shefa is meant to be internalized, the best teacher is one who applies himself and strategizes how to effectively reach each individual student so that he can integrate the ideas being conveyed.

Thus we see that shefa is distinguished by 1) a transmission of substance, 2) it impacts the transmitter. 3) it requires effort and application. 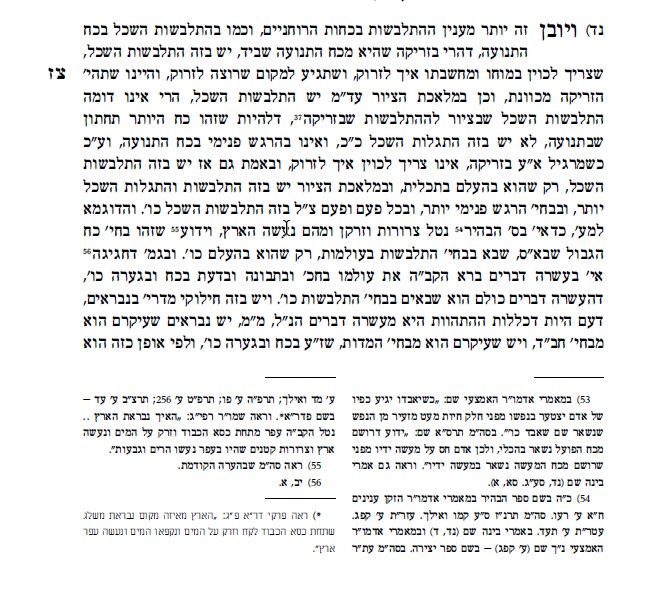 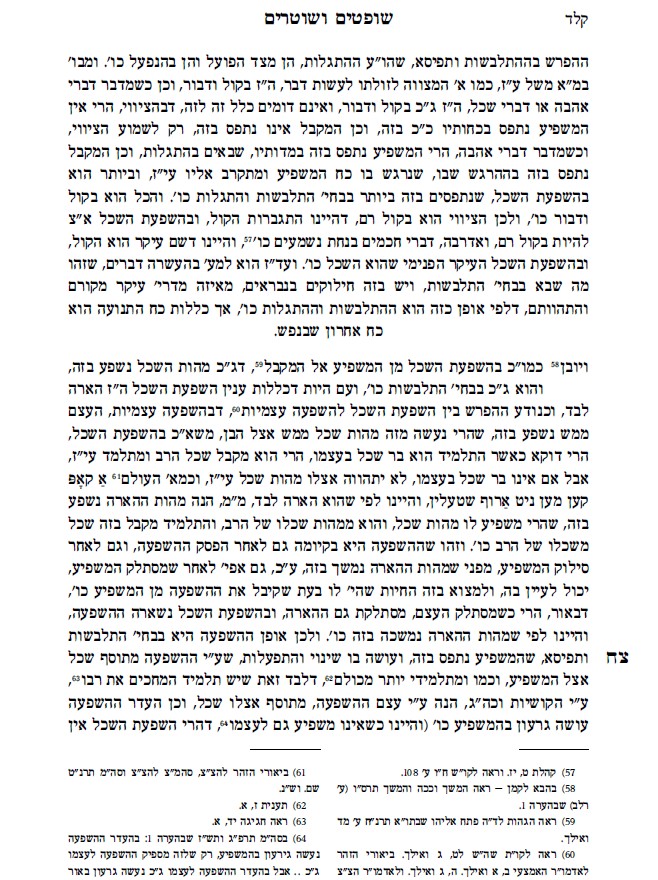 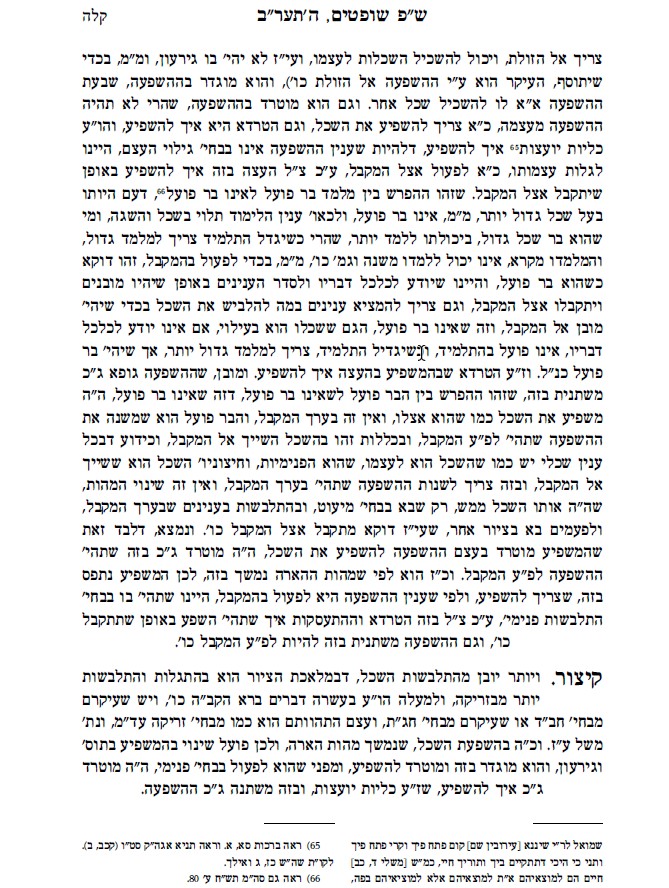